About 25 years ago, The Walt Disney Co. realized that its trove of beloved films could become live musical productions. It created the Walt Disney Theatrical Group and, beginning in 2004, began licensing productions. In the years since more than 90,000 productions have been mounted on stages around the world. 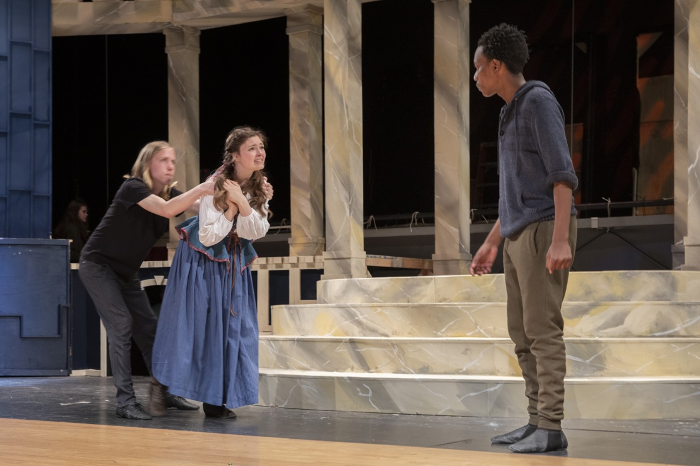 Shepard Rodgers, Elizabeth Cenicola as Belle and Kaljay Brown as Beast rehearse for the Beacon Players’ production of Beauty and the Beast. (Photo provided)

Beacon High School will join that list with its upcoming production of the musical Beauty and the Beast, the first — and still most popular at U.S. high schools — Disney property to be licensed. (It ran on Broadway from 1994 to 2007.)

The musical tells the familiar story of Belle, a young woman in a provincial town, and the Beast, a prince trapped under the spell of an enchantress. If the Beast can learn to love and be loved in time, the curse will end and he will be transformed into his former, handsome self. 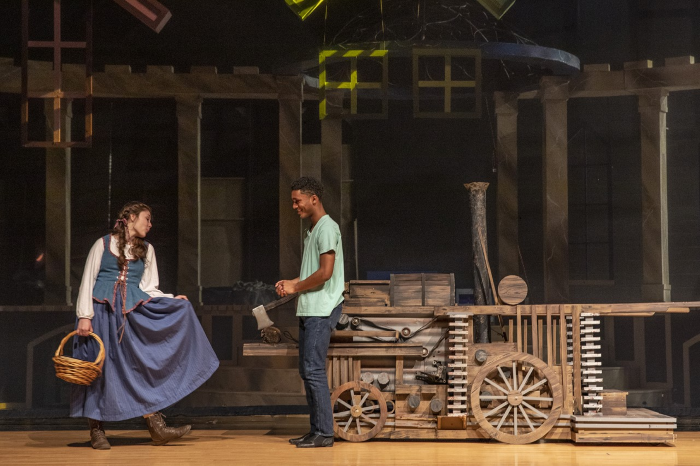 Elizabeth Cenicola, as Belle, and Joshua Fleming, as Maurice, will perform in the Beacon Players’ production of Beauty and the Beast that opens on April 26. (Photo provided)

With its fairy-tale core and attendant darkness, this “tale as old as time” (the title of one of its best-known songs) is primal emotions and fears wrapped up in the appealing Disney pastiche of ballads, jaunty characters (some of which are inanimate objects brought to life) and a fearsome spell.