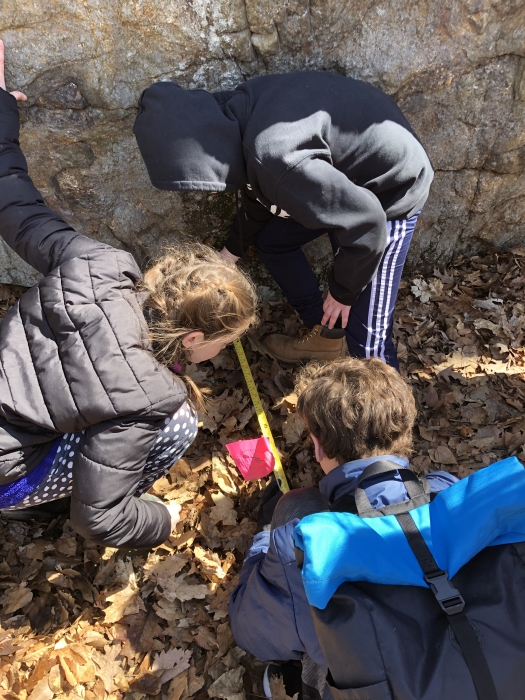 Dana Linck, an archeologist and preservationist who years ago excavated an American officer’s button, a private’s button, glass shards, a musket ball and buckshot dating to the Revolutionary War in what is now the Garrison School Forest, has donated the items to the school for study and display.

After Linck explained the history of the redoubt, the students measured the encampment where the items were found and plotted its coordinates. The team will research and describe each artifact for a display at the school as well as a “traveling museum” to share with the primary grades, Caliendo said. Linck also plans to return later this month to talk to the middle-school classes.