The wins are not coming, but the Beacon High School girls’ lacrosse team continues to make progress, according to its coach.

The Bulldogs played well at moments in an 18-9 loss to visiting Eastchester Wednesday (April 24) at Rombout Middle School. 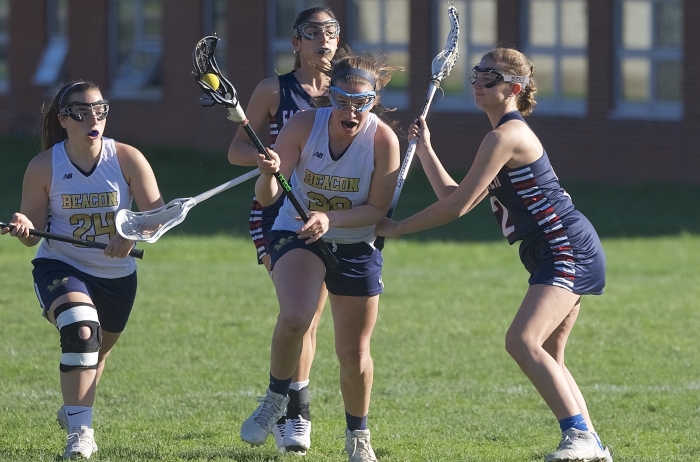 Beacon’s Grace Affeldt (20) grabs a loose ball off a draw and heads upfield against Eastchester. (Photo by S. Pearlman)

“Eastchester came out firing,” said Brian Lange, the coach. “They had four goals in the first minute-and-a-half. After that, I thought the girls did well bouncing back. We showed some mental toughness. That’s something we’ve been discussing and working on. We don’t have a junior varsity program, and we play a tough schedule against girls who can really play.”

He added: “The girls are focused on the right things, and I think it’s showing. It would’ve been easy to hang our heads down 4-0 early. That speaks a lot about the personality and character of this team. We’d like to have a couple wins under our belts [Beacon is 0-10], but we’re learning from these games.” 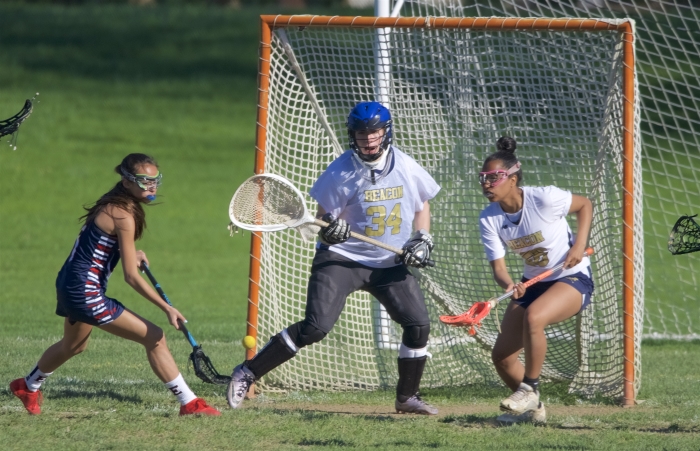 Junior captain Tessa Nilsen had a big day for the Bulldogs, dropping six goals and adding an assist. Junior captain Grace Affeldt scored twice, and junior Victoria Albra had a goal and an assist. Keeper Skyler Kurtz made seven saves.

“Tessa has been fantastic for us, she has stepped up as a leader on the field,” Lange said. “Lila Young, another captain, is also a great defensive leader, she sees the field well and verbalizes well. And Olivia Lynch has been showing improvement.”

Beacon is scheduled to travel to Pawling on Monday, May 6.