Simon Draper says many people don’t realize that his wife, Marnie Hillsley, who died this month four years ago, was an accomplished artist.

“They knew her as a great neighbor, someone who loved singing in the St. Philip’s choir, as a person who helped set up a community garden, as someone they’d see, always smiling, as Aidan’s mom, or just as a good friend to folk,” he says. 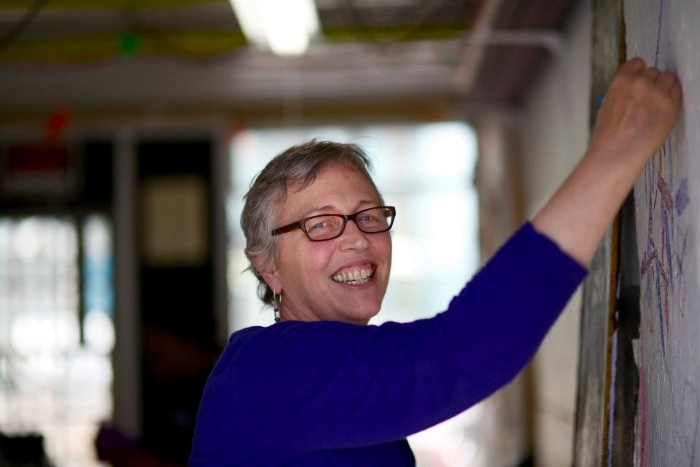 To celebrate his wife’s life and work, Draper curated art and photos from her days as a fine-arts student through the time when cancer sapped her energy. They will be shown in an exhibit at the Create Community gallery in Nelsonville that opens with a reception from 3 to 6 p.m. on Saturday, May 4, and continues through June 2.

Draper has moved to California since his wife’s death and plans to sell their Church Street home. They moved into it in 1997, a few months after Aidan was born. The couple met in New York City after being introduced by friends.

“I was working as a crate builder and a fine-arts shipper,” recalls Draper. “A few days later I got a call at work from a woman saying, ‘I want to import a Vietnamese pot-bellied pig.’ I recommended an expandable crate. She continued to ask me questions, until finally she broke down and asked me if I knew who the voice on the phone was. I said I did. Then she asked me when in the conversation I’d figured it out. I told her I knew it pretty much straightaway, and she couldn’t believe I’d gone on with it for 10 minutes!” 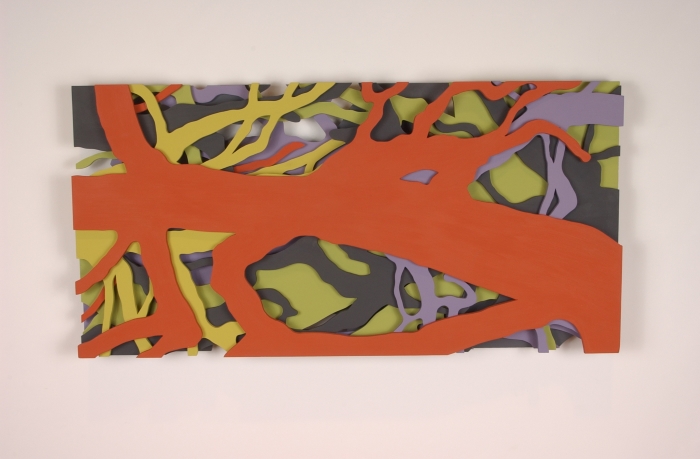 “Before Avalon,” by Marnie Hillsley

Among other things, they bonded over their shared affinity for things discarded and together scrounged Brooklyn for scraps of wood and artifacts. “She loved detritus, rescuing old tables and chairs, exploring rooms full of errant objects, with the idea that they’d turn into artwork,” he says.

Soon after they married in 1995, the couple moved to Cold Spring with an eye toward starting a family. “Marnie grew up in Minnesota and I grew up in a small town in Wales, and that’s what we were looking for,” Draper says. They also wanted a property close to the train, with a shed or garage they could convert into a studio.

Hillsley had followed a boyfriend to New York City after earning a bachelor of fine arts from Montana State University and a master of fine art in sculpture at Virginia Commonwealth. She created what Draper describes as “ephemeral installations, made from alternative materials at a time when others — mostly men — were making heavy metal sculpture. She held her ground.” 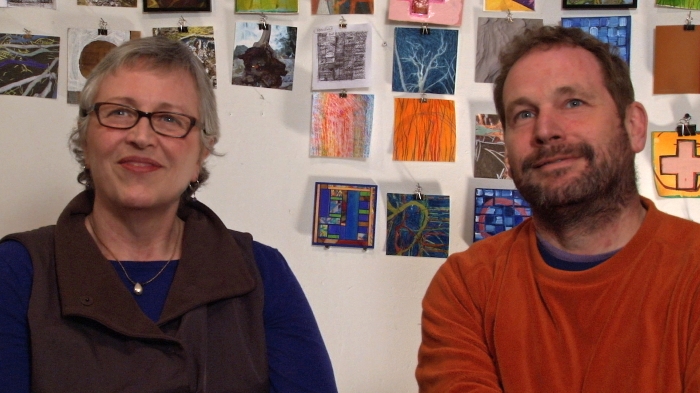 In Cold Spring, Hillsley spent more time outdoors than inside, Draper recalls. “She was fascinated with land usage and how the water moved through the landscape. Down at the shoreline she saw trees backlit by the blue water, which inspired her in a new direction with her art.”

Hillsley started making assemblages, using the silhouetted branches in black-and-white photos of trees as references for tracings on plywood that were cut out and painted to form layered objects hung as grids. Hillsley also worked with The Highland Studio in Philipstown to create digital prints from her sketches and watercolors so she could manipulate them and add layers.

The couple collaborated and did shows up and down the river. In her last years, as she fought cancer, she began making jewelry “because she could work more quickly and still use color,” Draper says. 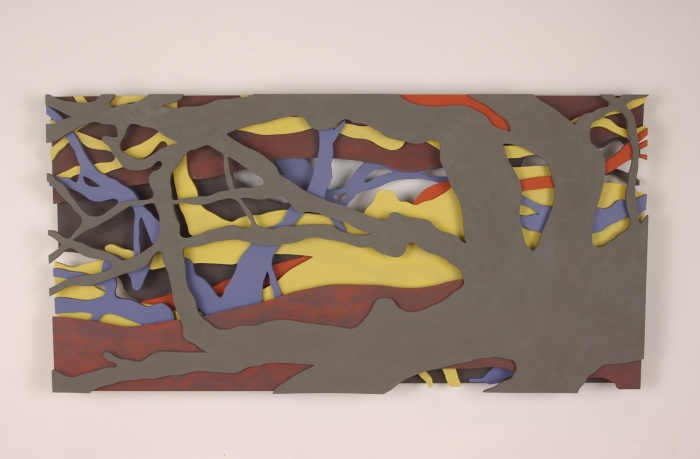 He says they loved their Church Street community. “Marnie kept her eye on the street,” he says. “The Virgadamo brothers [Joe and Tom, now both teachers at Haldane] were teens when we moved in. We had the McCann family next door. Mackey Budney was the street granddad. When Aidan went to buy pizza on his own for the first few times, Mackey would tell me, ‘Simon, we’ve got ’em — you’re good.’ We just loved that part of living here.”

Aidan will graduate from college in a few weeks and move to South Bend, Indiana, to pursue advanced degrees in computer science at Notre Dame. “I was waiting to see what Aidan’s next step would be” before selling the house, his father says. “I’m looking forward to seeing lots of people I haven’t seen in a while, before both Aidan and I head off, along with getting Marnie’s work back on the walls. So, this is a celebration and a farewell.”