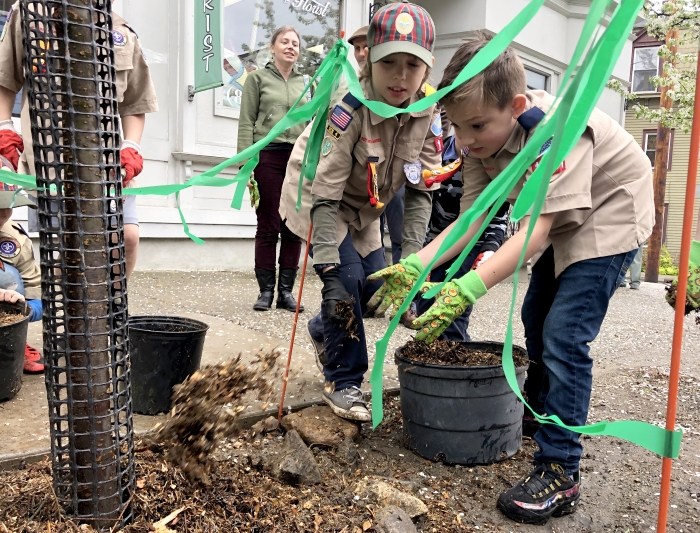 FILLING A NEED — Lincoln Wayland and Henry Hedlund were among the Scouts from Philipstown Pack 137 who joined Village of Cold Spring trustees, Tree Advisory Board members and Highway Department staff on Friday (April 26) in spreading mulch around an Okame Cherry tree planted on Main Street in front of The Highlands Current office to commemorate Arbor Day. The mulch was made by the Highway Department from recycled Christmas trees. (Photo by Jennifer Zwarich) 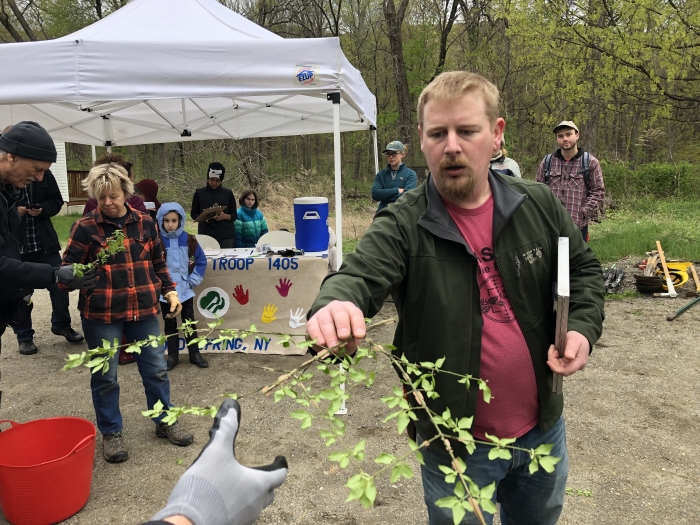 TEARING IT UP — During a cleanup in Nelsonville on April 27, Michael Young of the New York-New Jersey Trail Conference shows a participant an invasive species, burning bush or winged euonymus (Euonymus alatus), that can be removed. The event was hosted by the village with the Hudson Highlands Land Trust, the Open Space Institute and the Girl Scouts. Volunteers also installed protective tubes around recently planted native seedlings. (Photo by Dove Pedlosky) 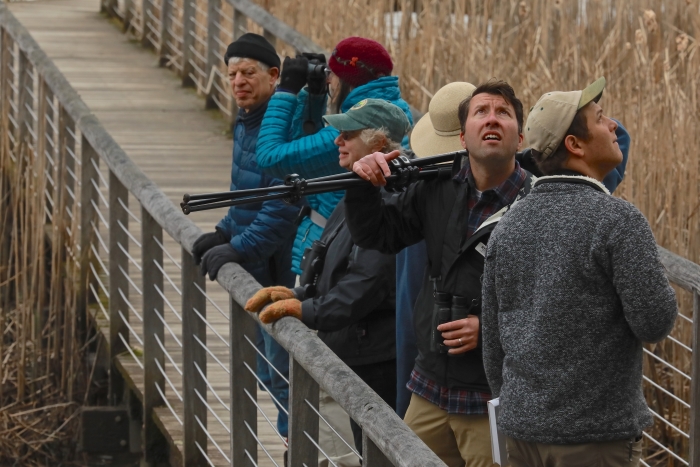 BIRD WATCH — Ryan Bass of the Putnam Highlands Audubon Society (holding tripod) led a bird walk on April 27 at Constitution Marsh in Garrison. Over two hours the 20 participants saw or heard 169 birds from 31 species. The group’s annual Birdathon is scheduled for May 11. (Photo by Ross Corsair) 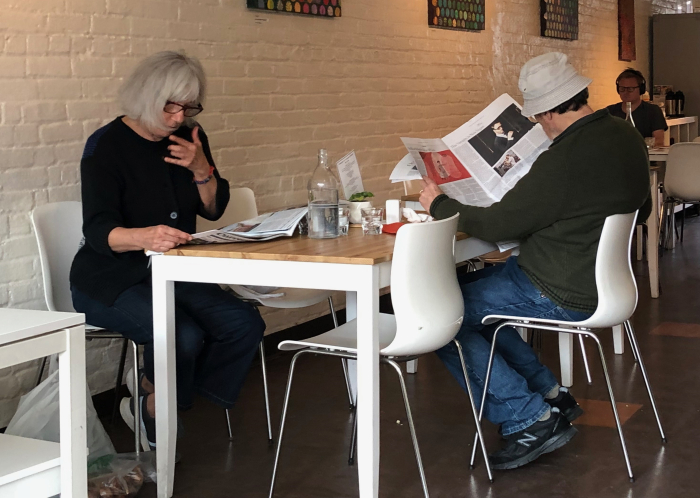 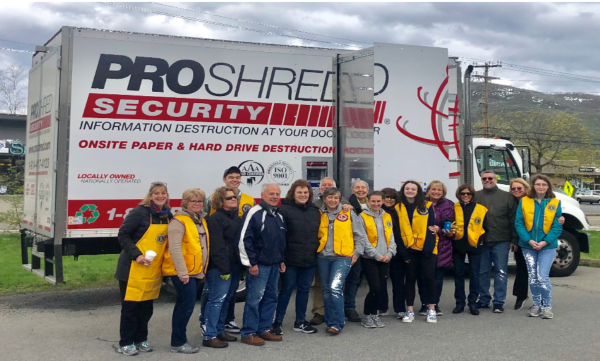 TEARING IT UP, PART 2 — At its annual Shredder Day on April 27, the Cold Spring Lions Club helped residents shred more than five tons of personal documents.