Voters will consider $73.6 million budget on May 21

Three years after voters elected them as newcomers to the Beacon City Board of Education, Meredith Heuer, Michael Rutkoske and Antony Tseng will each run unopposed on May 21 for a second term.

The candidates won easily in 2016, the first of three consecutive election cycles that have seen district voters install an almost entirely new school board.

In addition to the board candidates, Beacon voters will be asked to approve a budget for 2019-20 that includes $73.6 million in spending, an increase of about $3 million, or 4.3 percent. (The state-mandated tax cap for the district is 4.4 percent.) If adopted, it would increase the taxes on a home assessed at $300,000 by about $200 annually in Beacon. 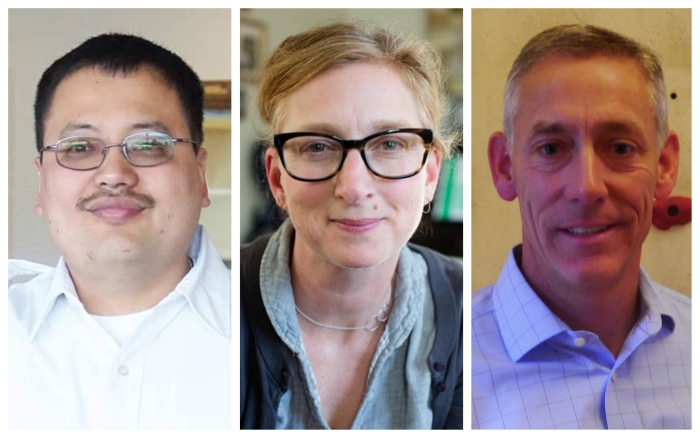 State aid ($29.5 million) and the district’s tax levy ($40.3 million) make up the bulk of revenue, with about $2.5 million coming from savings and $1.1 million from a variety of other sources.

The board approved the budget at its April 23 meeting.

While the tax levy — the total amount the district can collect through taxes — has increased, the tax rate by which individual homes are charged is expected to decrease for the third straight year when the city completes its assessments. That’s because Beacon has more housing stock than a year ago, which allows the levy to be spread across more homes, Deputy Superintendent Ann Marie Quartironi explained.

If approved by voters, the budget will pay for an additional elementary school teacher, new high school courses such as Introduction to Italian and a social worker who will be based primarily at the high school and specialize in the prevention of drug and alcohol abuse.

“We worked hard this year to create a vision of what we want to see in all of our graduates,” said Superintendent Matt Landahl. “We feel this budget will help us begin to accomplish this plan by supporting more academic opportunities for our students, smaller class sizes, expansion of the arts and music, and more mental health support.”

Voters will also be asked to approve a $435,000 proposition to buy two buses and four vans for the district, and to allow the district to shift funds to increase the spending on a capital improvement plan approved in December from $9 million to $9.7 million. The board needs to move the money, the district said, because bids to install lights at an athletic field that will be constructed behind Beacon High School came in higher than expected.

The board will hold a public hearing on the budget on May 13.

District residents who are not already registered to vote with Dutchess County but wish to participate in the school elections may register at the District Office at 10 Education Drive on Tuesday, May 7, from 1 to 5 p.m. Residents must bring identification and proof of residency.