Remembered near and far for his folk music and political activism, longtime Highlands resident Pete Seeger nevertheless encountered hostility on the streets of Cold Spring in an era not all remember and few wish to discuss.

At the time, the environmental and civil rights movements had erupted, there were violent divisions over the Vietnam War, and political differences convulsed communities large and small. The unrest hit the Highlands, too.

Barbara Lusk, who lives in Philipstown, worked in the Clearwater office from 1971 to 1973, and sailed with Seeger. On the water, Seeger “was absolutely terrific, very patient” and knowledgeable, she said. “He didn’t talk that much about himself” but about the river and sloops, and “he did concerts along the way,” inviting the public to sail with him.

Yet early on, the Clearwater was a target of local animosity.

On one occasion, several longtime residents said, after problems beset its rudder, the Clearwater tied up at the Cold Spring dock. That night, as the crew rested — but perhaps not with Seeger aboard — an angry band slipped down to the dock and cut the mooring lines, to set the boat adrift and into potential danger.

The vandalism, recalled Marie Early, was a serious transgression that troubled her father, who was mayor in that period.

“Cutting the mooring lines was a national offense,” said Early, a current village trustee. “Why no one was prosecuted, I don’t know. It was not a pleasant incident. The fortunate thing is no one was hurt.” 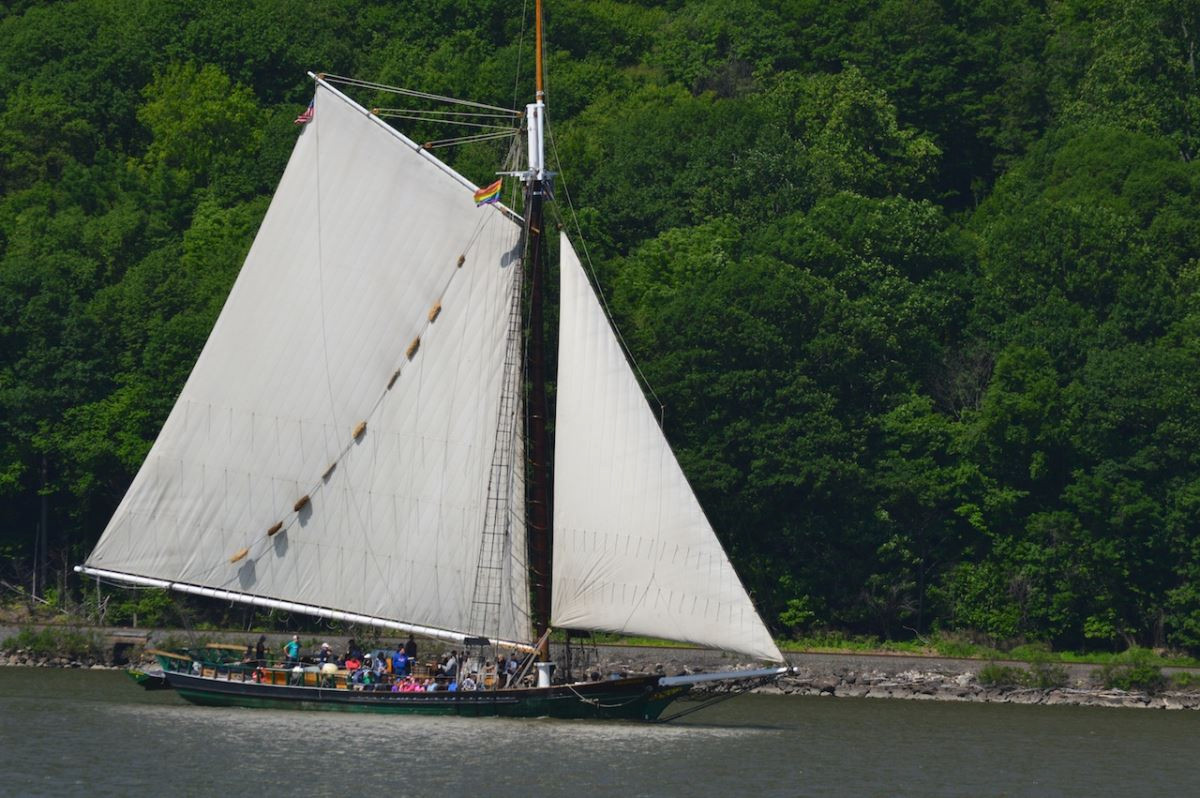 In a letter to the Putnam County News & Recorder in June 1970, Cold Spring resident Yolande Slater Ogilby described a Clearwater concert stop the week before when “once again local yokels caused trouble, cut lines, threw beer cans and stones and used unprintable language; called the captain and his crew ‘Communists’ and much more. Peter Seeger got more than his fair share of abuse, as usual. When is this going to stop?”

Jan Thacher lived in a home on Market Street at the time; his family rented rooms to the staff of Clearwater, whose office was then on Cold Spring’s Main Street.

“Pete knew he was not wanted in town,” Thacher said. ““Every time he came, this group [of locals] would make his life miserable. He would hide his car in our driveway so no one would know he was here.”

Thacher said friends would drive Seeger to the Clearwater office rather than have him walk the few blocks in the open. Toshi, who sometimes accompanied him, did not generate similar antagonism, Thacher said.

Seeger had been blacklisted, along with other left-leaning public figures, entertainers, and writers during the political persecutions of the 1950s led by Sen. Joe McCarthy and the House Un-American Activities Committee to root out alleged Communists.

After Pete got off the blacklist in the late 1960s, “one of the first concerts he gave was in Cold Spring at the bandstand” along the river, Thacher recalled. “After that, Pete basically came and went as he pleased. However, there were still times when he’d sneak into the village” because of opposition closer to home — his wife. 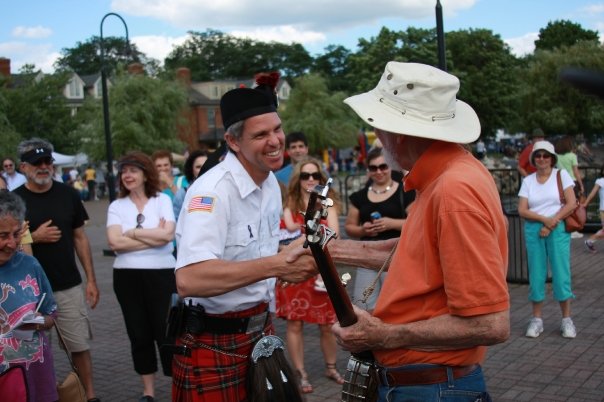 Then-Mayor Seth Gallagher, a member of the Hudson Highlands Pipe Band, greeted Seeger at the Cold Spring dock in 2009. (Photo by Maggie Benmour)

While Seeger returned to Cold Spring, the Clearwater did not, for years. Because of a village law that banned visiting boats from using the dock, the sloop only returned in 2009, when it, like Seeger, came for the Fourth of July.

Seth Gallagher, who was then mayor, greeted Seeger, assuring him that he and the sloop were welcome in the village.

“Seeger was so important,” Gallagher says now. “We were lucky to have him in our community. He did such good, especially for the river. We have him to thank for the much cleaner conditions we have.”