Born July 18, 1931, in Pomfret, Vermont, she was the daughter of Albert and Helen (Roberts) DeRosie. She enjoyed gardening, cooking, sewing, knitting and crocheting. She married Kenneth Light in 1969 and Eugene Boss in 2009, both of whom died before her.

She also is survived by her granddaughter-in-law, Adrienne O’Neill; her great-grandchildren Michael, Trent, Nevaeh, Margaret, Kade, Terence, Chloe, Lucia and Julia; and her siblings, Gertrude, Arlene and Margaret. She also was looking forward to the birth of her 10th great-grandchild, Killian.

A graveside service was held May 7 at Fishkill Rural Cemetery.

She was born Oct. 25, 1981, in Mount Kisco, the daughter of David and Nancy (Lupis) Haines. She graduated from Beacon High School in 1999 and earned a bachelor’s degree in the arts from Hartwick College in Oneonta.

Jennifer was a lover of life who enjoyed her cats and watching for butterflies and birds.

Besides her parents, Jennifer is survived by several aunts, uncles and cousins. Funeral services were private. Memorial donations may be made to the Animal Rescue Foundation (arfbeacon.org). 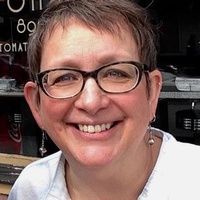 She was born on Aug. 13, 1959, in New Milford, Connecticut, the daughter of Anthony and Eleanor (Wolfing) Sieredzinski, On June 25, 1983, in Pawling, she married Anthony Simone, who survives at home.

Theresa was the secretary to the superintendent of the Beacon City School District and an active member of the Episcopal Cursillo Ministry. She loved making jewelry, painting rocks and all types of crafting and sewing. She also loved bird watching, gardening, camping and cooking. In her youth, she was the leader of the Kazootie Cooties, Pawling’s first kazoo band.

In addition to her husband, Theresa is survived by her children: Anthony Simone (Alex Colon) of Brooklyn; Gregory Simone of Brookline, Massachusetts; and Jennifer Puleo (Steve) of New Paltz; two grandchildren, Nicholas and Alyssa Puleo; a sister, Karen Sieredzinski of Poughquag; a brother, Joseph Sieredzinski (Mary) of Jacksonville, Florida; and a nephew, Jason Kucharski (Chrissy) of Orlando, Florida.

Funeral services will be conducted on Friday, May 17, at 10 a.m. at the Zion Episcopal Church, 12 Satterlee Place, in Wappingers Falls. Memorial donations may be made to Camp Neringa Inc., at Neringa 100, 34 State St., Guilford, CT 06437.