“They performed admirably,” said Coach Ed Malle. “Some had their best performances of the season.” 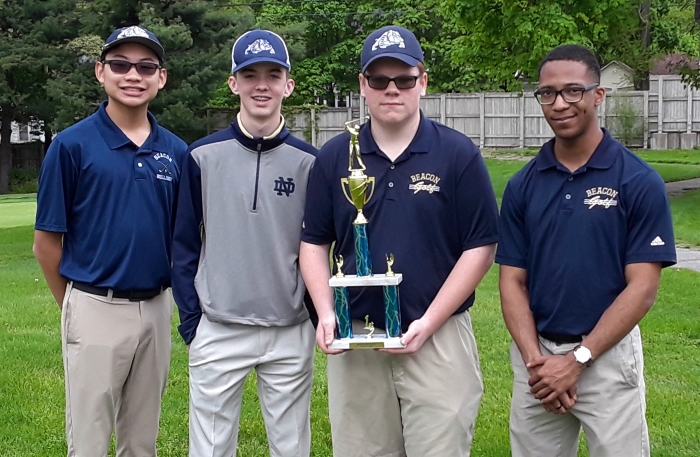 Philipbar led with a 47 on nine holes, while Coughlin played his best round of the spring with a 49. Russell had a 50 and Espinosa shot a 54.

“That was a season-best for Coughlin, and an impressive round for him,” Malle said. “Jack is an eighth-grader — it was his first tournament for us. It was nice to see them come together.”

Beacon lost considerable talent to graduation last year. “We’re in rebuilding mode,” Malle said. “But the kids have all been impressive, and they’re giving as much as they can.”

Russell and Jacob Scofield are the team’s seniors; Coughlin, Shane Creighton and Espinosa are sophomores; and the Bulldogs have a pair of seventh-graders in Leon Lopez and William Hockler.

As a team, Beacon (1-9) picked up its only win of the season in its opener over Pawling. “That was a nice way to start,” Malle said.

Beacon will close its regular season with home matches on May 14 and May 16 at Southern Dutchess.