The prop list for Nunsense, which opens at the Philipstown Depot Theatre in Garrison on May 17 for a four-weekend run, gives a broad hint that this is not Doubt, Agnes of God, or The Sound of Music.

There is a chef’s toque, a tricycle, a boa, a puppet, a Carmen Miranda hat, a parasol, an intravenous line, and a whole lot of wimples. Broad humor is the order of the day with this hugely popular musical, which has logged more than 500 productions worldwide and been translated into 21 languages.

In 1986, the year after it debuted off-Broadway, the production won Outer Critics’ Circle awards for best musical, book and music for Dan Goggin. He has been looking after his dynasty ever since, including from Garrison, where he owned a home, where he still stores costumes and props and where, it’s said, he has been seen ironing habits. Insiders say it would not be surprising if he attended at least one of the performances. 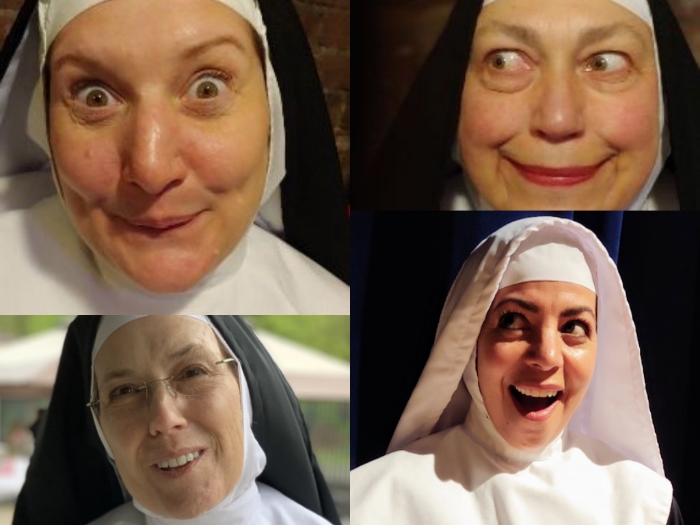 The show centers on five nuns (played by Ursula Anderman, Laura Danilov, Julie Heckert, Liz Keifer and Melissa Shawcross) at the Little Sisters of Hoboken who are among the survivors after most of the order succumbs to botulism from vichyssoise prepared by Sister Julia, Child of God (Linda Speziale). The sisters decide to put on a variety show to raise the funds needed to bury the last four of their colleagues, whose bodies are frozen.

The show’s nearly all-female cast (the exception is the musical director, Todd Hulet, who steps in as Brother Patrick) and director Christine Bokhour have been getting in the habit of dancing in voluminous, floor-length garments — actually, the costumes didn’t arrive until this week, so there have been some guestimates about how best to avoid pratfalls.

During a recent rehearsal, the pretend nuns answered questions while practicing balancing plates and generally being silly. Keifer, who plays Mother Superior (and who played another old mother, Mrs. Paroo, last year in the Depot’s production of The Music Man), was fine-tuning her Irish accent. “This nun’s got a bit of ‘Shipoopi’ [a song from The Music Man] in her,” she said. “It’s less intense, but it gets Mrs. Paroo-y when I get excited.” 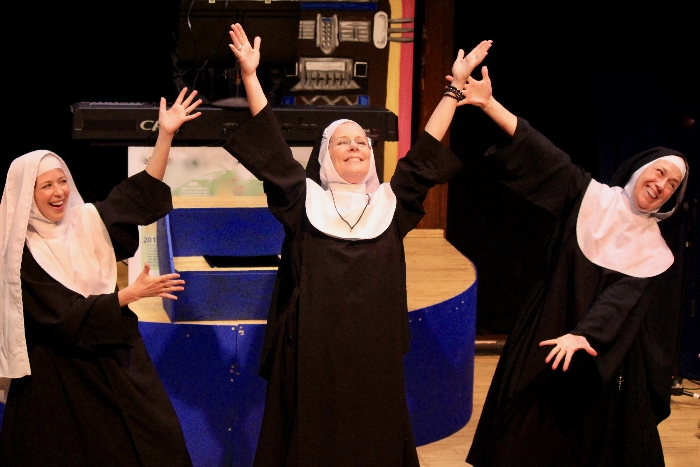 Asked about what made the show attractive to her, a supporting nun, Kalista Sale Parrish, said: “During this time when it’s hard to be funny, this femme-centered piece means we are free to be funny, without making fun of someone else.” Asked what she has learned, Danilov said: “If you wear a hoodie under your wimple, you can’t hear anything.”

The ensemble, which besides Parrish includes Anne Kane, Lourdes Laifer, Linda Raftery and Anna Stephens, is described as “jovial.” Asked to verify that it is, in fact, jovial, Parrish said with an authority born of personal experience: “It depends if we head to Dolly’s after rehearsal.”

Nunsense will be performed at the Depot Theatre on Garrison’s Landing on Friday, Saturday and Sunday from May 17 to June 9. For tickets, which are $25 ($20 for seniors and students), see brownpapertickets.com.