The Chapel Restoration will get an infusion of Santa Cruz on Thursday, May 23, when Marty O’Reilly & the Old Soul Orchestra brings to the banks of the Hudson what the California band describes as its “signature cosmic roots aesthetic, brimming with cinematic song craft, impressionistic lyrics, clever arrangements, telepathic ensemble interplay and soulfully world-weary vocals.”

The concert, which begins at 7:30 p.m., is part of the Chapel’s Restoration Roadhouse series, and, as with past editions, it will include meals for sale from Pappi’s Mediterranean Food Truck and beer from Industrial Arts. 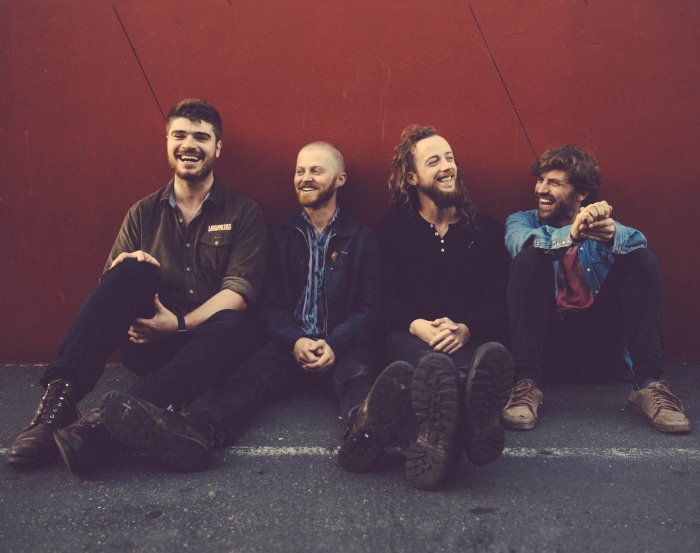 The four-man band — O’Reilly on vocals and electrified resonator guitar, Chris Lynch on violin and keys, Matt Goff on drums and percussion and Ben Berry on upright bass — has been crisscrossing the U.S. to support its latest album, Stereoscope, released last year after a crowdfunding campaign. (The band will perform in Rochester; Somerville, Massachusetts; and New York City in the three days before their chapel concert, and Washington, D.C., and Cumberland, Maryland, in the two days after.)

The Delta blues primed the pump for O’Reilly. He received a guitar for his birthday as a teenager and a music teacher started him off the genre.

After attending the University of California at Santa Cruz, where he majored in environmental studies, O’Reilly taught outdoor education. He formed the orchestra in 2012, and it played festivals on the West Coast before releasing a self-titled live album in 2013 and a studio album, Pray for Rain, in 2014. Its audience is expanding now mostly through streaming via Spotify, he says.

Tickets are $25 at bit.ly/old-soul-chapel. The Chapel Restoration is located at 45 Market St. in Cold Spring. Paid parking is available at the adjacent Metro-North lot.