Village Board to select a trustee as interim

Two months and a day after being elected, Nelsonville Mayor Chris Caccamise announced on Monday (May 20) that he plans to resign because of an unforeseen move out of the village.

The date of his exit remained unclear, but “it will be the very near future,” Caccamise said at a Village Board meeting. He explained that he and his family will “most likely” move to a home outside Nelsonville. 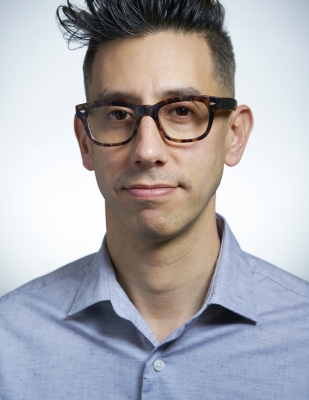 Caccamise defeated incumbent Mayor Bill O’Neill in the March election after a contentious race that partly focused on the  Village Board’s handling of ongoing federal lawsuits brought by Homeland Towers, Verizon and AT&T after Nelsonville denied an application for a cell tower overlooking the Cold Spring Cemetery. The election also saw the defeat of Trustee Alan Potts and brought to the board two newcomers, Dove Pedlosky and Lisa Mechaley.

The mayor did not offer details on the reasons for his decision, calling it a “personal thing” and saying, “I have to think about the future of my family. It was unexpected.” He described the turn of events as “absolutely awful. And I regret it more than I can express.”

Caccamise and Village Clerk Mindy Jesek said Monday that the four village trustees — the others are Michael Bowman and Dave Moroney — must select one of them to serve as mayor until an election is held in the spring.

The outgoing mayor recommended that either Bowman, who was not at the meeting, or Moroney, both elected in 2018, succeed him, since they have the most experience. He described himself as “not very good at” running board meetings, adding that “it really takes someone who knows what they’re doing, to do this.”

Under state law, after a current trustee becomes mayor, he or she can appoint someone to fill the newly vacated board seat. The appointed trustee will serve until the spring election.

Caccamise became a trustee in August when O’Neill tapped him to replace Thomas Robertson, who also had served only two months of his trustee term before resigning.

Speaking from the audience, Robertson contended that well before this year’s election Caccamise “knew about” his relocation. Another audience member mentioned rumors of an effort by Caccamise and others to take control of the board before he left. He ran as a team, with Pedlosky and Mechaley.

“I don’t want anyone to have the impression I ran thinking, I’ll just leave,” if elected, Caccamise said. “That was absolutely not my intention.”

“The other trustees are hearing about this for the first time tonight,” Pedlosky said. “It’s a surprise to us, as well.”

Robertson refused to back down. “I’m really disturbed by your election,” he told Caccamise. “You shouldn’t have run. I hope you’ll be gone before the next meeting. I’m glad you’re going.”

5 thoughts on “New Nelsonville Mayor Says He Will Resign”