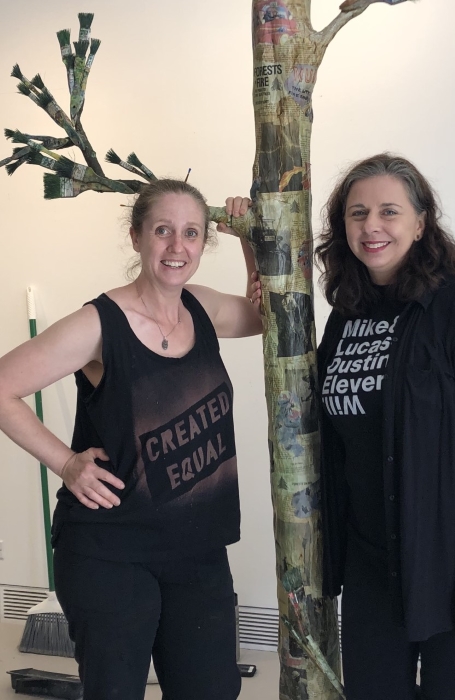 There have been many installations at the Garrison Art Center, but perhaps nothing quite like what is coming on June 1.

Katie Schmidt Feder, the center’s director, has organized a transformation of its two galleries into what is being described as a “collaborative immersive art experience” titled Hello Neighbor: A Look Into the World of Others & Into Other Worlds.

In this case, over four weekends, visitors will be invited to navigate a far different art center than they are accustomed to.

“Although we have far less square footage [than immersive exhibits mounted in Santa Fe, New York City and elsewhere], we are using many of the same fundamental concepts,” explains Schmidt Feder, including “collaborative creation by artists, designers and craftspersons whose work might not be the type to be exhibited in a traditional gallery setting; utilizing recycled and repurposed materials; exploring not just the visual but audio and sensory.”

Hello Neighbor involves 10 “lead” artists who each oversee one environment, including some creation that will be done on-site during the exhibit.

Kit Burke-Smith (Beacon), the art center’s education coordinator, has brainstormed an environment in which elements are created with knitted yarn. 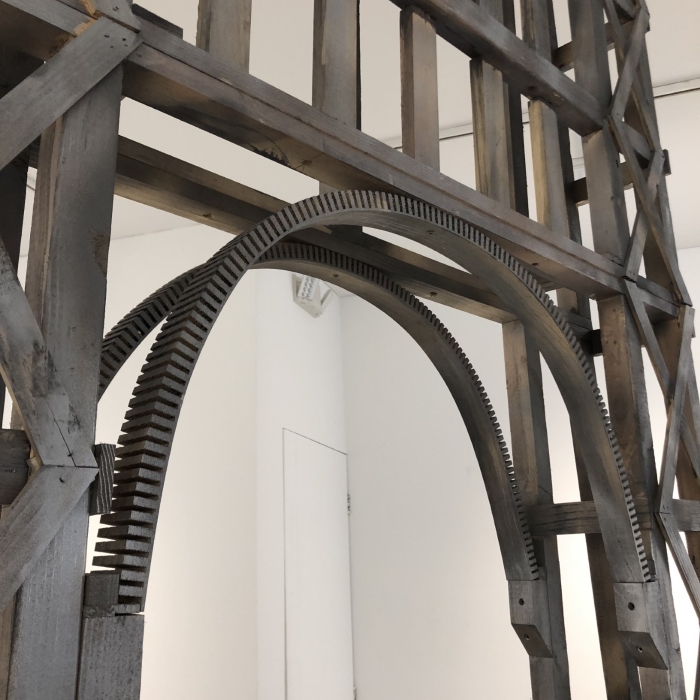 Carla Rae Johnson (Peekskill), made an environment called “Bridge” that will feature a meticulously crafted wood sculpture that brings together the visual and verbal.

Gene Panczenko (Peekskill), a technical director, has worked in video and audio to create one surprise environment; his ambient music will fill another.

Kat Stoutenborough (Beacon), a fiber artist, made “The River” with repurposed objects, textiles, light and whimsy.

Trimqueen — Jana Platina Phipps — and Sarah Petchell (Peekskill) will co-lead an installation called “Boudoir,” in which “you’re looking into a woman’s conversation with herself, as she gets ready,” Phipps says.

Joan Vogt (Cortlandt Manor), a scenic artist and assemblage-maker, starts with items she finds in thrift shops or the side of the road. Her installation, “Trevi Kitchen,” provides a look at a private moment of longing.

Candace Winter (Lake Peekskill) is co-leading an environment called “The Woods,” for which she has created objects that she says may evoke a feeling of wonder or “creepy bizarre discomfort.”

Kim Walhauer (Tomkins Cove), helped install the 20-plus dioramas and will stage a mysterious black-light environment dreamed up by Katie Schmidt Feder that holds a hidden story that might just explain the other spaces.

Ten artists were invited to participate; about 20 others were selected after an open call in which they submitted dioramas or through participation in workshops. Their work comes in multiple forms — light projection, textiles, dioramas, gadgets and even a cabinet of curiosities — and are designed, when seen through windows (a la Rear Window), to evoke other worlds. 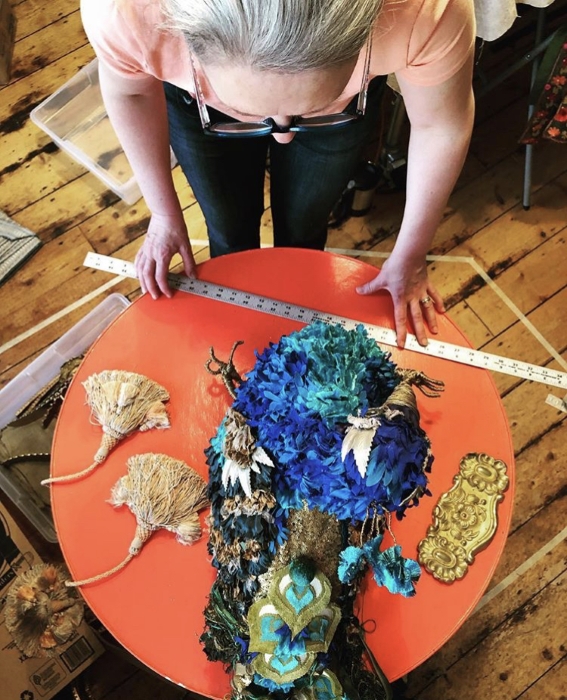 “I’m absolutely loving it because you don’t have to hold back on anything and you can work with things you don’t normally,” says Candace Winter, a contributing artist.

The centerpiece of the exhibit will include artwork made during two community textile workshops. The space will also feature an Art Automat, where small works and goods by participating artists will be on display for purchase.

Admission to Hello Neighbor requires a ticket, which is $20 for adults and $5 for children and teens ages five to 17 at garrisonartcenter.org/coming-up. Groups of six or seven people will move through the space at 10-minute intervals. The first gallery is more voyeuristic, according to Schmidt Feder, and the second more immersive. She hints at an “interesting” method of connecting between the two.

There will be three opening parties on Saturday, June 1. The first has staggered admission times beginning at 3 p.m. and includes I SPY activities and food for families; the second, at 5, 5:30 and 6 p.m., has been dubbed Curiosity & Cocktails; and the third, at 9 p.m., called Night Peepers, will feature projections, black-light painting, and a performance from electronic music artist Audra Kizina, whose music and embroidery art will also be featured in parts of the exhibition.

Tickets for the opening parties are also $20 for adults and $5 for children and teens.