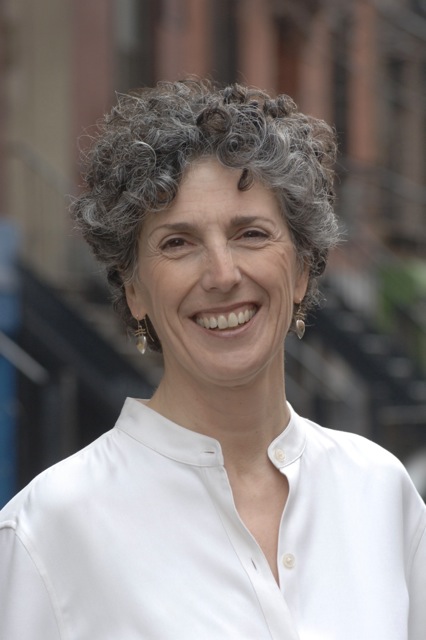 Marci Reaven is a curator of Hudson Rising, an exhibit at the New-York Historical Society in New York City that examines two centuries of ecological change and environmental activism on the river. She will speak on Saturday, June 1, at the Putnam History Museum.

What inspired the exhibit?
The historical society has a wonderful collection of Hudson River School paintings. These 19th-century painters were thinking about the landscape and the environment in different ways, and Louise Mirrer, our president, thought it would be interesting to use their art to look at the landscapes from the vantage point of modern times.

Did anything surprise you?
Yes — the extent to which the Hudson River region was an incubator for environmental thinking and action throughout the Industrial Era —the exhibit starts in the 1820s — and how much it has defined the present.

The river is often cited as the birthplace of the American environmental movement. Would you agree?
Whenever you talk about the “birthplace” of something, one always can think about other places where similar and contributory events happened, so birthplace is always tough to defend. But the sheer extent of the uses people made of the landscape and the degradation — but also change — that happened as a result of all of those uses, did bring to the fore lots of tough, contentious concerns. It was in those challenges that a lot of environmentalism developed.

What was the biggest challenge of putting together Hudson Rising?
How to bring the outside in. The exhibit is about nature and the environment, but we’re in a museum with no windows. So we brought in objects that people can touch, such as bricks, and slag from the Cold Spring furnaces. We created scenery drawn from paintings. We have live-edge tree slabs, we brought in lumber, we brought in fish. We did lots of things to help people feel the river and the landscape.

Has your personal view of the Hudson changed?
I’m not a native New Yorker. I’m from California, so I had a lot to learn. But I understood better how intimately the city is tied to the river. I began to see myself as a citizen of the Hudson River region.