MARITIME HONOR — The Putnam County Sheriff’s Department honored former deputy Charles Moore (left) on May 15 by naming one of its new patrol boats after him. Moore, a former Marine who served two tours in Vietnam, joined the department in 1967 and was a member of its first SWAT team, its first undercover narcotics agent, and its first chief dive officer; he also organized its first toy drive. Moore, who retired in 1987, is shown with Capt. James Babcock Jr. (Photo by Lydia JA Langley) 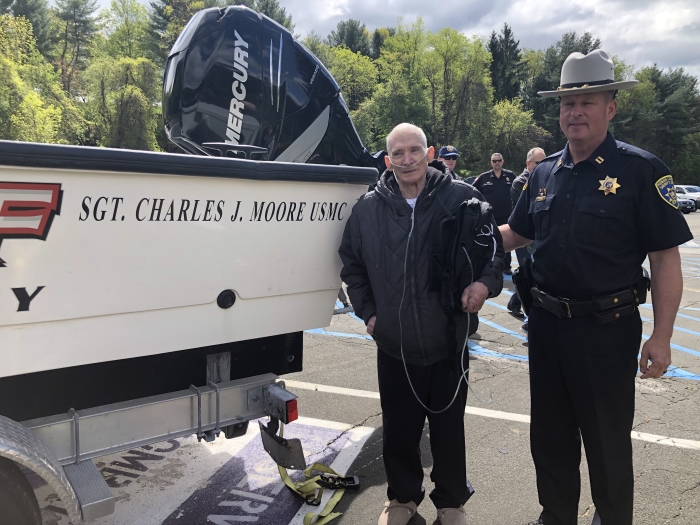 50 YEARS OF SAILING — State Assembly Member Jonathan Jacobson (right), whose district includes Beacon, presented a proclamation from the Legislature on May 17 to Greg Williams, executive director of Clearwater, aboard its namesake sloop to honor the organization’s 50th anniversary. (Photo by Brian PJ Cronin) 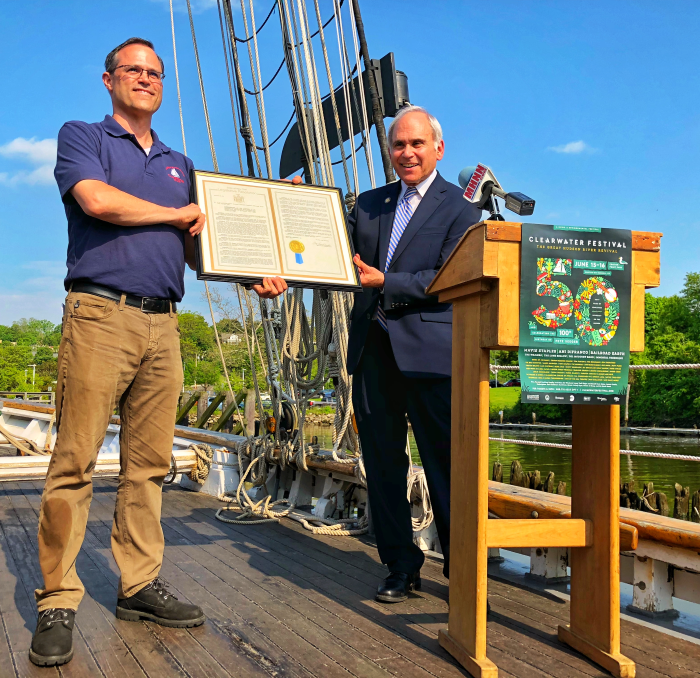 FOSSIL LESSONS — Carl Heitmuller of the Hudson Highlands Nature Museum hosted a “junior paleontologist” workshop on May 18 at the Beacon Institute of Rivers & Estuaries at Dennings Point in Beacon to talk about fossils and bones. He also brought along two live animals descended from dinosaurs: a giant lizard and an owl. (Photo by Ross Corsair) 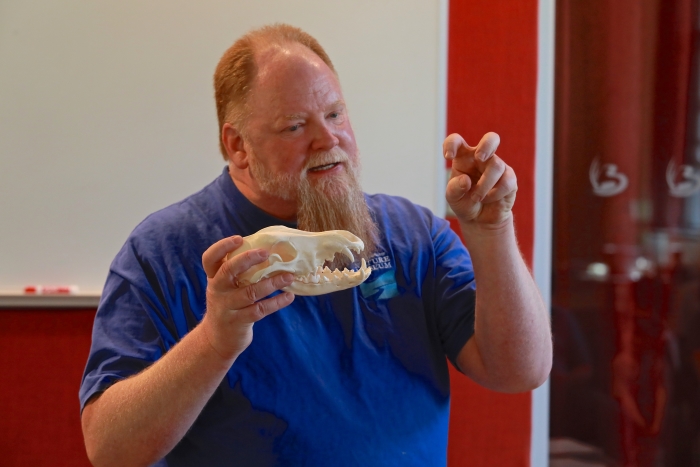