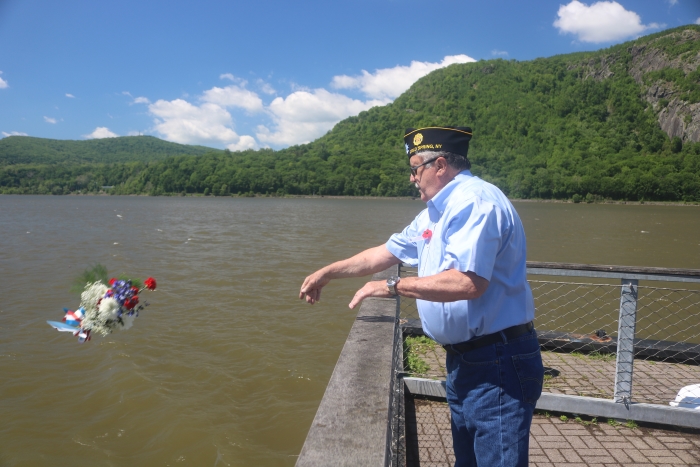 LOST BUT NOT FORGOTTEN — Philipstown veterans gathered on the Cold Spring dock on Sunday morning (May 26) to honor members of the U.S. Navy, Marines, Coast Guard and Merchant Marines who died during maritime service. After Steve Merando, a Navy veteran, offered a prayer, another Navy veteran, Tom Kivel (above), tossed a bouquet into the Hudson. (Photo by Michael Turton) 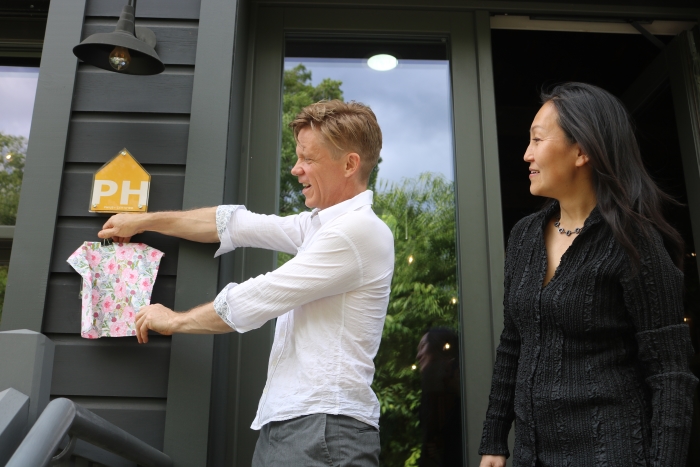 EXCESS ENERGY — James Hartford and Juhee Lee-Hartford of Cold Spring, the husband-and-wife team at River Architects, on May 24 celebrated the certification of their studio at 178 Main St. by the Passive House Institute US. The certification requires incorporating sustainable practices in every area of operation, including energy and water consumption, business travel, commuting, waste management and purchasing. The studio’s insulation and solar panels help the building operate at a “net positive,” meaning it produces more energy than it consumes. (Photo by Michael Turton) 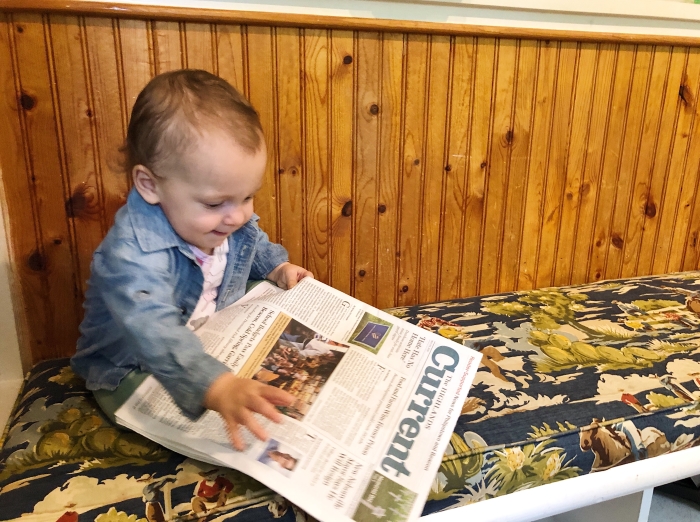 CAUGHT WITH THE CURRENT — Marlo McLaughlin, 14 months, catches up on the news while waiting for her appointment at Gergely Pediatrics in Garrison. Her mother, Melanie Leonard, said “she loves reading The Current with her mama.” (Photo provided) 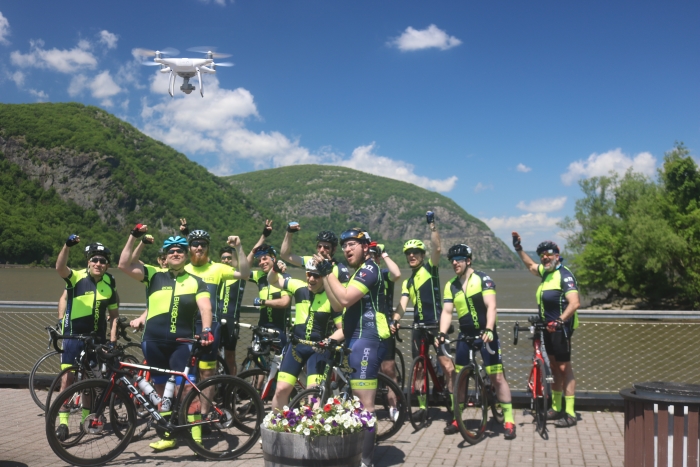 LOOK UP, SAY CHEESE! — Members of Team Westchester ham it up during a drone photo session that was part of a training ride that brought them to the Cold Spring dock on Sunday (May 26). On Aug. 14 and 15 the team will take part in a 180-mile ride to Camp Simcha in the Catskills organized by Chai Lifeline (chailifeline.org), which provides support to children with life-threatening or lifelong illnesses. Last year’s ride raised $10 million, said team captain Dovid Weiss. “The kids love it when all the cyclists enter the camp together at the end of the second day,” he said. (Photo by Michael Turton) 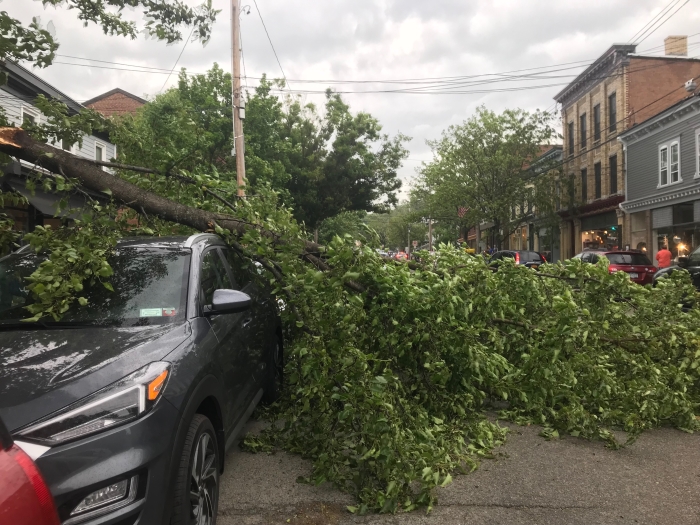 UNLUCKY — Strong winds blew through Cold Spring on Sunday (May 26) around 5:30 p.m., pulling down limbs such as this one, which hit a car on Main Street. No one was injured. (Photo by Christine Zouzias)