Nourish is not simply the name of a new cookbook but a description of the collective energy and dedication a group of Philipstown women have channeled in bringing a friend’s wish to fruition.

In October 2013, Constance Allan Pouthier, a Garrison mother of two better known as “Stanzi,” died from cervical cancer at age 39. She left behind her husband, Paul, two young sons — and a passel of berry-stained notebooks filled with recipes and thoughts on eating. 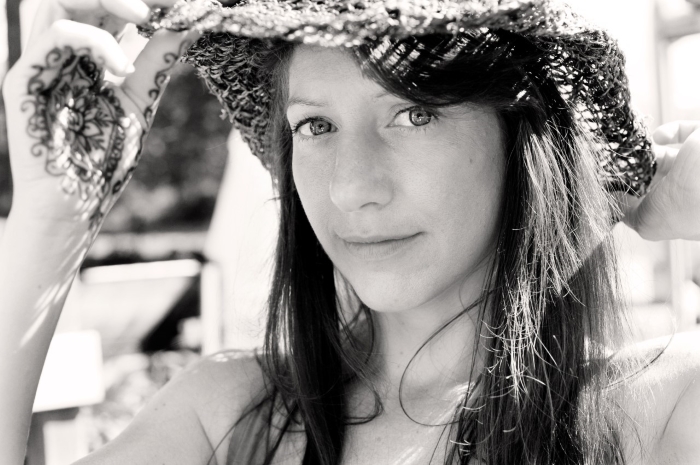 She had hoped to write a cookbook, but with only a year between her diagnosis and death, there wasn’t time. However, she and a friend, Caroline Kaye, a photographer and former food magazine editor, had long discussions about what the book could be. “I wanted to help her finish something she had worked so hard for, and to create a physical legacy for her boys,” Kaye recalls.

Nearly six years later, after fits and starts and the assistance of many Philipstown residents, the 200-page Nourish: Sharing Food & Friendship in the Hudson Valley will arrive in September. Readers will find, along with vegetarian and vegan recipes, photographs of Hudson Valley landscapes and farms such as Glynwood where Stanzi found some of her ingredients. 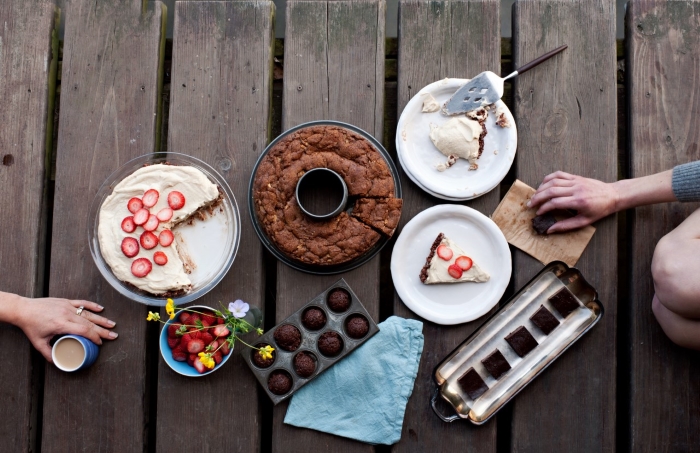 While it focuses on vegetarian and vegan dishes, Nourish does not neglect desserts. (Photo by Caroline Kaye)

Along with recipes, the cookbook contains tips, hints and wisdom, gleaned by writer and editor Suzanne Murray, from Stanzi’s emails, Facebook page and other sources. (Murray also wrote the introduction and gave the book its title.) “It was important to me that the book be in her voice,” Murray says.

Although publication is three months away, a launch party for Nourish is scheduled for 6 to 8:30 p.m. on Thursday, June 6, at Hudson Hil’s on Main Street in Cold Spring. Along with a preview of the book, there will be a display of Kaye’s photos, recipe tastings, drinks and live music. Admission is $43, which includes a copy of the book when it arrives. 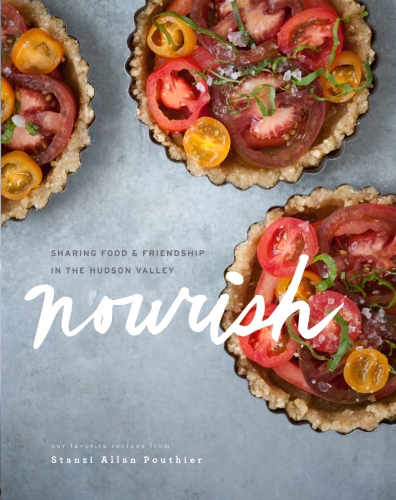 The cover of the cookbook, which will be released in September.

The cookbook also can be ordered at carolinekayephotography.com. Any profits will go to Stanzi’s sons, who now live in California with their father and his new partner and their baby girl.

The Pouthier family’s move to Garrison was, in part, prompted by the region’s beauty and resources. “When I met Stanzi, her passion for food was there,” recalls Candace Cole, who has been involved in the cookbook’s production. “She lived on Forest Farm Lane, and was using water from a spring, foraging for medicinal plants and herbs and just very comfortable in nature. She was a self-made person who fought hard to live here. She did so many things well, and her household was very happy.”

Stanzi, who grew up in Greensboro, North Carolina, was a singer and actor when she met Paul, a sound mixer. After they moved to New York City, she shifted her focus to healthy living, training in raw foods at Quintessence Restaurant and studying dietary theories at the Institute for Integrative Nutrition. According to Kaye, she “moved deeper into nutritional coaching and cleanses, all the while creating her recipes.” Adds Cole: “She was developing vegan recipes before it became so mainstream.”

After Stanzi’s death, “people were eager to do something with their grief,” says Kaye. “The project, while long and sometimes tedious, was a way of healing for us. Along the way, many people lent their spaces, their faces and their talents, which is a testament to the impact Stanzi had. We took on many foreign roles — food stylists, prop stylists — but it ended up being a creatively incredible journey, with Stanzi’s hands guiding us.” 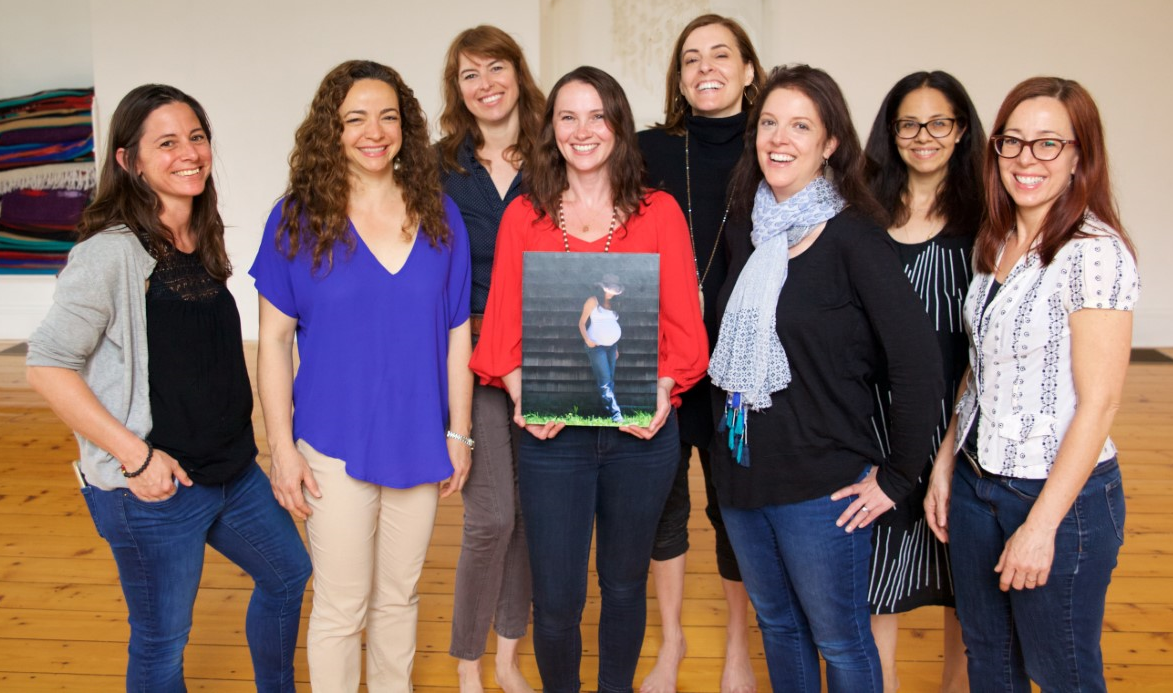 Graphic designer Christine Caballero worked on the book from its inception, and Andrea Latvis, a photo editor, assisted with styling on the initial shoots. “It allowed us to find a productive, creative way to celebrate and honor Stanzi’s spirit, her gifts, talents, wit and friendship,” Latvis says. “And she had some incredibly killer recipes.”

“Stanzi didn’t want you to be hard on yourself,” Kaye says. “Her cleanses weren’t meant to deprive you but to help you treat your body with respect, pleasure and thoughtfulness. A lot of her thoughts on eating were not just about the physical, but the emotional. During her illness, when we created a meal train, she wrote: ‘Feel free to just choose a recipe that speaks to you, and go for it. I also hope you’ll make some for yourself and share a meal with me!’”