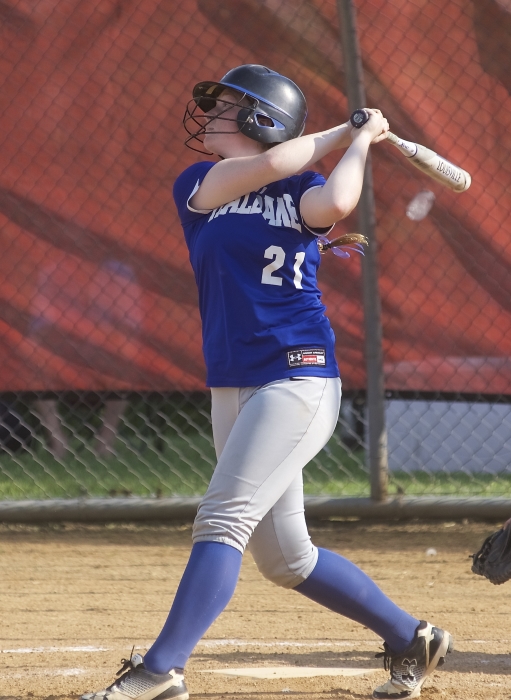 Whatever it was, the Blue Devils of Haldane High School clearly didn’t feel like they played their best game in the Section 1, Class C championship game on May 31 at North Rockland High School — despite the fact that they won, 20-7, over Hamilton, earning their sixth title since 2011.

“Everyone left early to get their hair done,” Coach Nick Lisikatos said. “We weren’t focused, and we did not play a good game. I’m happy for the girls, but we took a step back with our performance.

“The prom was part of it,” Lisikatos added. “We’re all juniors and younger, so we did just enough to get out of here.”

The top-seeded Blue Devils reached the championship game by defeating No. 4 Keio Academy, 19-0, on May 30. Junior Shianne Twoguns struck out 12 in that game and did not allow a base runner. 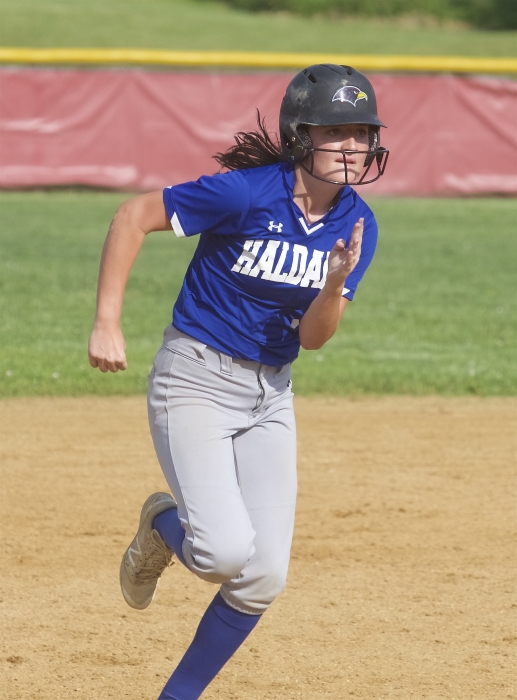 Haldane (14-3) was scheduled to face Section 9 champ Pine Plains (15-6) in the regional tournament on Thursday (June 6), again at North Rockland High School. The winner advances to a state semifinal. As of June 3, Haldane was ranked eighth in the state in Class C by the New York State Sportswriters Association, while Pine Plains was fifth.

The Blue Devils were down 3-0 before they came to bat against Hamilton (14-6) but quickly evened the score in the bottom of the inning. They then put the game away in the bottom of the second, scoring eight times, thanks to three bases-loaded walks, an error and a two-run single by Athena Stebe Glorious.

Bela Monteleone had a big game for Haldane, driving in four runs with a two-run double and a two-run triple, the latter making it a 14-3 game in the third inning, and Abigail Platt ended the game at first with an exclamation point, snagging a line-drive and doubling up a runner for a slick, game-ending double-play.

“Every year our goal is the state championship,” he said. “Do we have that kind of team? I have no idea. But if we can put a couple games together, we can find ourselves playing up north [in the final four]. Do I think we can do that? Yes, I do, but we’ll have to play better.”