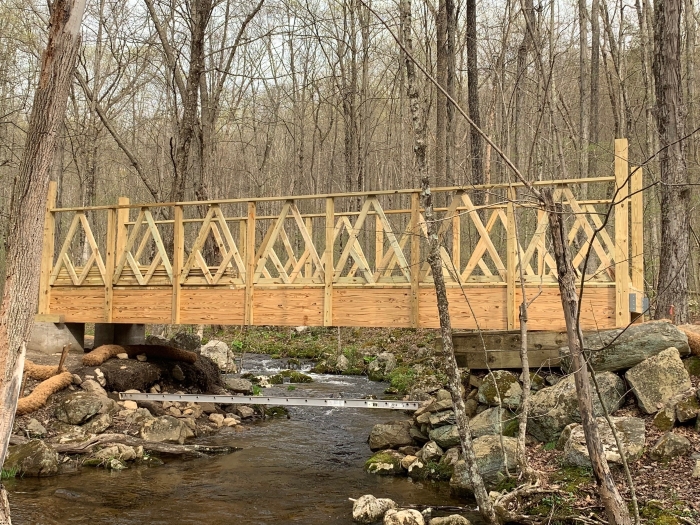 NEW BRIDGE — For the second year in a row, cadets from the United States Military Academy at West Point constructed a pedestrian bridge in Fahnestock State Park. The civil-engineering students designed and built the bridge at West Point, then assembled it over a tributary of Clove Creek on the School Mountain Road trail near Hubbard Lodge. (Note that the slats form an “A,” for Army.) The Open Space Institute provided $12,000 for materials and the state Office of Parks, Recreation and Historic Preservation shared equipment and secured permits. (Photo provided) 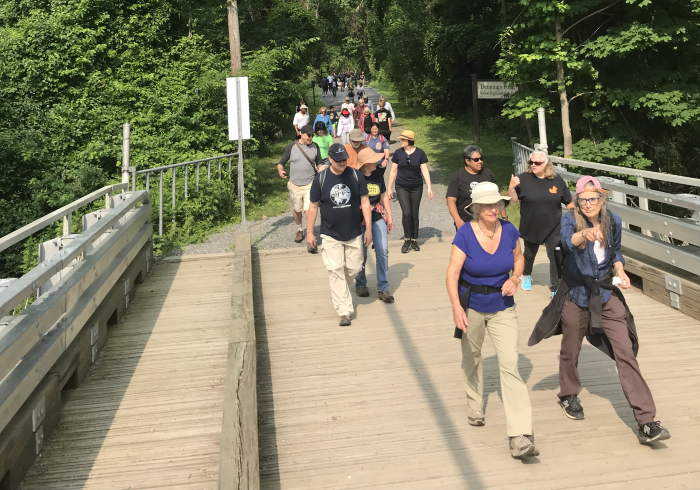 TRAIL DAY — To mark National Trails Day on June 1, a group of about 45 people hiked the Fishkill Creek Greenway and Heritage Trail. The four-mile walk, organized by the Beacon Greenway Trail Committee and the City of Beacon, ended at The Lofts at Beacon, where hikers could either walk or be driven back to Long Dock Park. (Photo by Allen Alter) 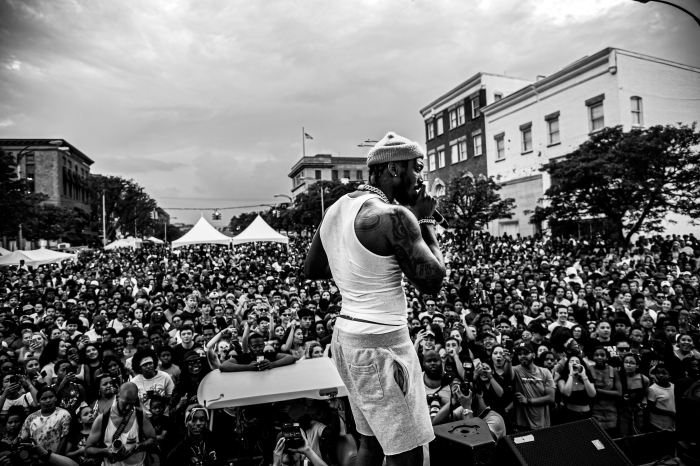 HOMECOMING — Jordan Thorpe, a Newburgh native who performs as Pardison Fontaine, and whose song, “Backin’ It Up,” reached the Top 40 last year, performed on June 1 at the annual Newburgh Illuminated Festival. “How many people here were born in St. Luke’s?” the 29-year-old rapper asked the crowd. Many. (Photo provided) 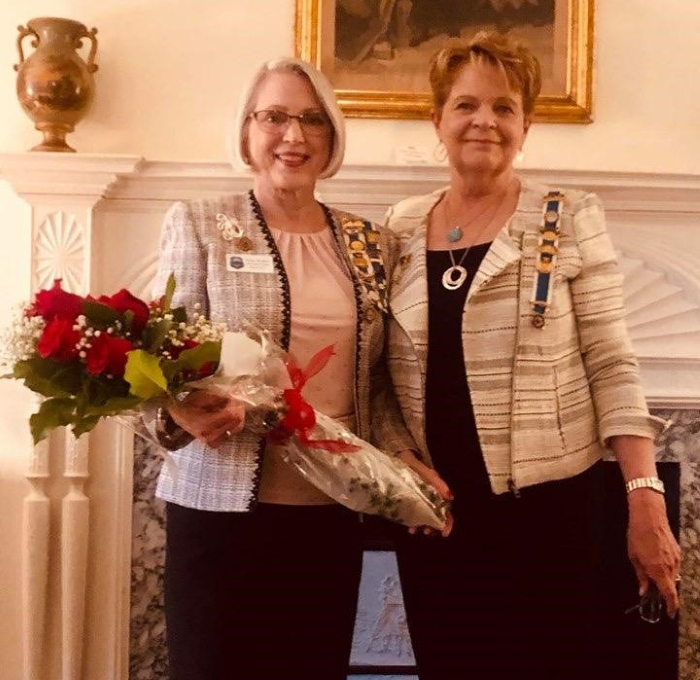 NEW OFFICERS — Joan Miskell succeeded Helen Walker as regent of the Melzingah Chapter of the National Society Daughters of the American Revolution installed officers last month. Miskell, who joined the chapter in 1980, was joined on the executive board by Ethel Fyffe, Pamela Barrack, Barbara Ulrich-Giaimo, Paula Merritt, Robin Lucas, Nancy Giordano, Antonia Houston and Sandra Scott. The chapter was formed in 1895 and owns and operates the Madam Brett Homestead. See melzingahnsdar.org. (Photo provided)