Pauline Mendoza, 89, has never had a driver’s license or photo identification. When she worked in the cafeterias of the Beacon City School District in the 1970s and 1980s, she rode to school with co-workers or got a ride from her husband, Rudolph, a longtime city employee who died two years ago.

The couple’s son, Ed Mendoza, is a lifelong Beacon resident, too, so there’s almost always been someone around to help. But last month, Ed said, a Medicaid nurse refused to see Pauline if she couldn’t provide photo ID. They rescheduled the appointment and had two weeks to come up with a solution. 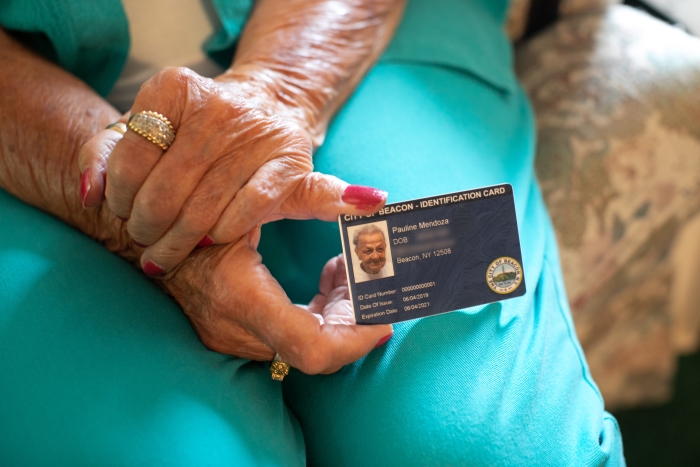 Pauline Mendoza holds her identification card, the first issued by the City of Beacon. Her date of birth and address have been obscured. (Photo by Meredith Heuer)

On Wednesday (June 5), Beacon Mayor Randy Casale presented Pauline with the city’s first municipal photo ID, which includes her name, date of birth and the seal of the City of Beacon.

The City Council approved the municipal ID program in December and officials have begun rolling it out this week. While much of the input on the program — the council held a public hearing before approving the measure — focused on how the IDs could benefit undocumented immigrants, Casale contends there’s more to it than that.

“This is what this ID program is about,” he said. “Whoever doesn’t have an ID can get one and use it whenever they’re asked for photo identification. It’s a simpler process than going through the Department of Motor Vehicles.”

New York State offers three types of non-driver ID cards that cost up to $43 and can be used to board flights, enter federal buildings or to cross the border. A birth certificate and Social Security number is  required for each.

By contrast, a Beacon ID requires proof of residency and identity but not a birth certificate or Social Security number.

Applications for the Beacon IDs can be downloaded from the city’s website. City residents can submit applications and have their photos taken at the City Clerk’s office from 9 a.m. to 12:30 p.m. and from 2:30 to 3:30 p.m. on Tuesdays and Wednesdays. The cards cost $10 for adults and $5 for children and seniors. 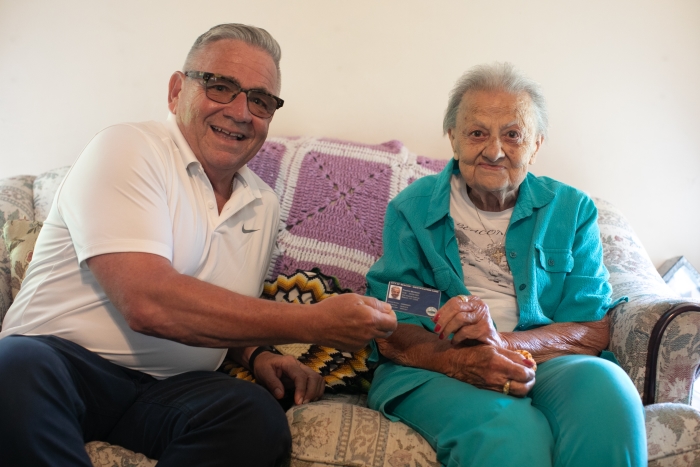 While the federal government has cracked down on undocumented immigration, activist organizations suggest municipal ID programs increase public safety because they say immigrants and non-English speakers are more likely to report crimes and interact with police if they have valid identification. The cards also reinforce a sense of community, activist groups argue.

After proclaiming itself a “safe and welcoming” community in 2017, Beacon has become a leader in the region in advancing immigration-friendly initiatives, said Jonathan Bix, the executive director of Nobody Leaves Mid-Hudson. “Beacon has done a great job with its municipal ID and Community Choice Aggregation [energy] programs, as well as resolutions in support of driver’s license access for undocumented immigrants, limiting ICE’s [U.S. Immigration and Customs Enforcement] ability to detain people in and near courts, and rent stabilization and control.”

City Clerk Iola Taylor said there has been a lot of interest in the ID program since the City Council’s vote last year. But she admits Pauline Mendoza’s situation came as a surprise.

“We were happy to help in that manner,” Taylor said, referring to immigrants’ needs for identification, “but when Pauline came along — we didn’t see that there was going to be a need from that end. That was an aspect I didn’t see coming.”