Legal wrangling continues in litigation initiated by Homeland Towers and Verizon over the refusals by Philipstown and Nelsonville to approve applications for cellphone-wireless communication towers.

Homeland Towers and Verizon together sued Philipstown last year over its denial of a permit for a tower near the intersection of Routes 9 and 301.

The companies also sued Nelsonville in 2018 over its refusal to allow a tower overlooking the Cold Spring Cemetery. In a separate case supporting the Homeland litigation, AT&T Mobility (Cingular Wireless) likewise sued Nelsonville. All three cases are pending in White Plains in the U.S. Court for the Southern District of New York, under the supervision of Judge Vincent Briccetti.

In the Philipstown case, each side in the lawsuit, which began in February 2018, has expressed interest in a summary judgment, or a ruling in its favor, that would end the case before trial. On May 31, Briccetti instructed Homeland Towers and Verizon to submit their motion by July 31. Philipstown must file its opposition and submit its own request for summary judgment by Sept. 13.

In the Nelsonville case, which began in June 2018, Briccetti on April 29 ordered the village and Homeland Towers-Verizon and AT&T to submit written depositions by June 28, along with letters on any plans to pursue summary judgments. The opposing party has until July 8 to respond to any such letters.

Earlier this year, Philipstown won a court case filed in 2018 by a real-estate developer after the Zoning Board of Appeals denied variances for a project on a sloping property that straddles the Philipstown-Nelsonville border.

In January, a state judge dismissed the lawsuit filed by Susan Green of Essex Green Inc., a New York City-based development firm, against the town. Justice Susan Cacace, based in Westchester County, ruled that the ZBA’s refusal to grant variances “was supported by substantial evidence,” reflected legitimate concerns, “was neither illegal, arbitrary nor capricious, and did not constitute an abuse of discretion,” as Essex had alleged.

Green’s kite-shaped, hillside property borders Douglas Lane, which connects to Moffatt Road above Route 9D. The smaller portion, which is just over a half-acre and which Green purchased in 2016, is in Philipstown, in its rural conservation zoning district. The remaining piece, just under an acre, is in Nelsonville. 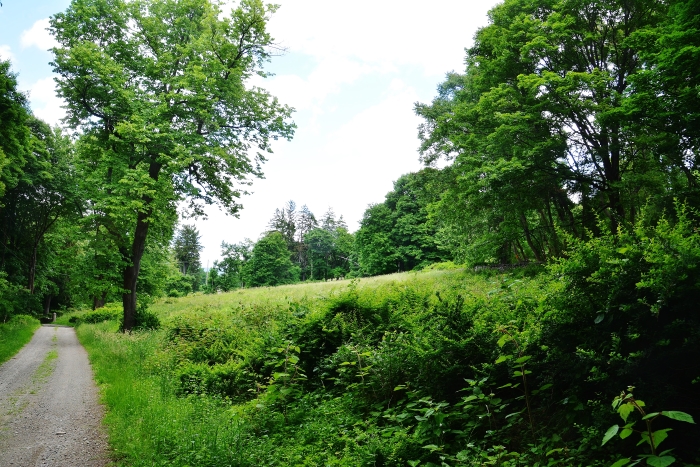 A developer sued Philipstown over the ZBA’s refusal to grant variances for building a house on this meadow-like property on Douglas Lane. (Photo by L.S. Armstrong)

Her project, and the court case, raised questions not only about variances but about what the word taken means. A half-century ago, when Philipstown required house lots of 1-acre each, Green’s 0.55 acre was part of a 1.2-acre parcel. In 1966, to obtain access to New York City’s aqueduct, which the Cold Spring water system uses in emergencies, the Village of Cold Spring bought a 0.67-acre section of the original larger property. That left a 0.55-acre remnant, which Green eventually purchased (along with acquiring her contiguous 0.9 acre in Nelsonville).

Green has maintained that the Cold Spring land was “taken” in 1966 for a public purpose. That means, she has asserted, that her plot, as the leftover remnant, became a legal, pre-existing lot that merely fails to conform to zoning law.

Such distinctions matter: If Green’s Philipstown parcel were a legal but non-conforming lot, it would need fewer variances.

After months of public discussion of the project, the ZBA in March 2018 determined that Green’s lot was not “taken.” It reasoned that “taking” means acquisition by the village through eminent domain, or a forced, hostile sale, while her parcel was created as the unwanted twin to land sold willingly to Cold Spring.

Cacace ruled that the ZBA had not incorrectly classified Green’s property and agreed with the ZBA that any problems she faced “were entirely self-created.”

“Let the buyer beware,” Town Supervisor Richard Shea said Wednesday (June 5) about the Green case. “If you’re going to go into an investment property, you want to do your homework and make sure” the project fits “within the zoning. I can empathize with the owner, but our laws are in place for a reason.”

The town isn’t out of the legal thicket yet. In February, Green said she planned to appeal. She has until Aug. 1 to submit the necessary documents.