Annual festival will include yoga, music and family fun

It’s hard not to feel uplifted by the view from Dockside Park in Cold Spring, that spectacularly situated plot of riverfront space north of the bandstand.

On Saturday, June 22, rain or shine, the Ascend Festival will attempt to take that natural feeling a step farther with its Summer Solstice Celebration — a mix of yoga, dancing, live music, arts and children’s activities such as giant checkerboard games, kindness-rock painting and weaving. Juanita’s Kitchen, Veggie Go-Go and Homestyle, among other vendors, will sell food, and there will be a bar with beer, wine and spiked seltzer. 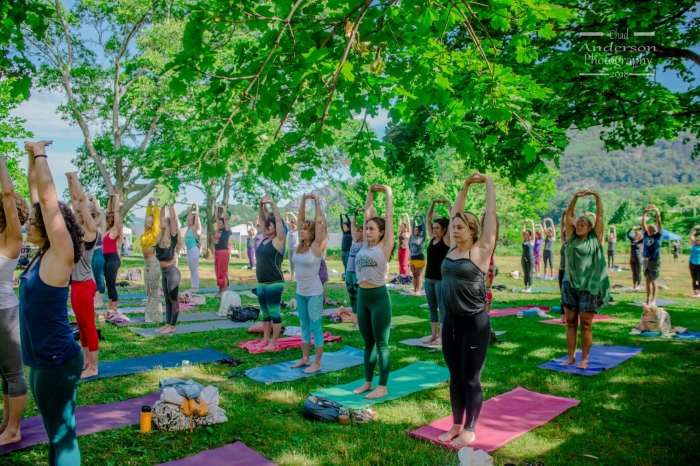 Ascend is descended from MayFest, a three-day yoga-centered festival produced by Dave and Melia Marzollo that ran in 2016 and 2017 at Lake Surprise Camp in Philipstown. Last year, the couple, operating under the banner of Ascend (taken from a Quaker proverb: “You lift me, I’ll lift thee, we’ll ascend together”), cut back to a single day. They also renamed their Cold Spring studio from Skybaby Yoga to Ascend.

“MayFest was more ‘yogi-land,’ ” says Melia Marzollo. “This festival is meant to be embracing and appealing to everyone. It’s about the pursuits we’re most passionate about: yoga, music and art, and the community that’s growing from these interests. But you don’t have to be a yogi to enjoy this. Anyone from the community can come and have a picnic, hula hoop, listen to great music, paint, blow bubbles — all in a gorgeous setting. It all gives us an opportunity to ground into our community.” 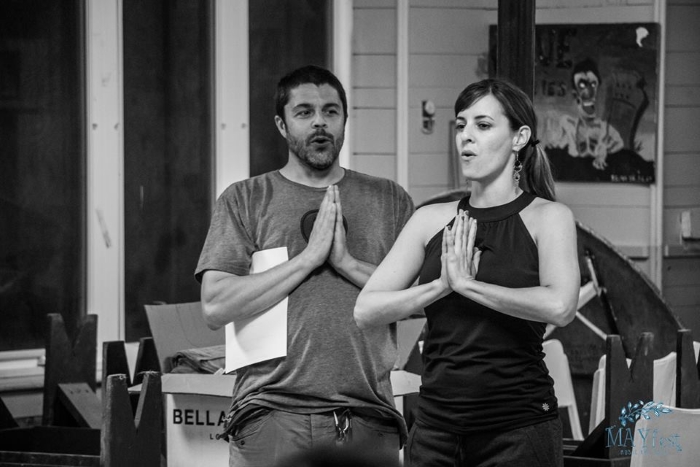 Each year the festival has a theme based on one of the seven chakras, she says. Last year it was root, “as in get rooted in this,” and focused on meditation. This year it’s sacral, or “the year of the lover,” she says, “which can be interpreted in many ways, including self-love and the love inside each of us and how we connect that love to our outer community, as well as love as creativity, a passion in you. In honor of this, we are featuring more music this year.”

The other chakras — survivor, healer, artist, seer and transformer — will be celebrated in future festivals, and then be repeated, she says.

The yoga instructors are Julian Paik from Ascend and Amy Pearce-Hayden from Tantra Yoga in Madison, Wisconsin. Music will be provided by DJ Tim Love Lee, singer/songerwriter Thunderstorm Artis (from Hawaii), and headliner Hayley Jane and the Primates. 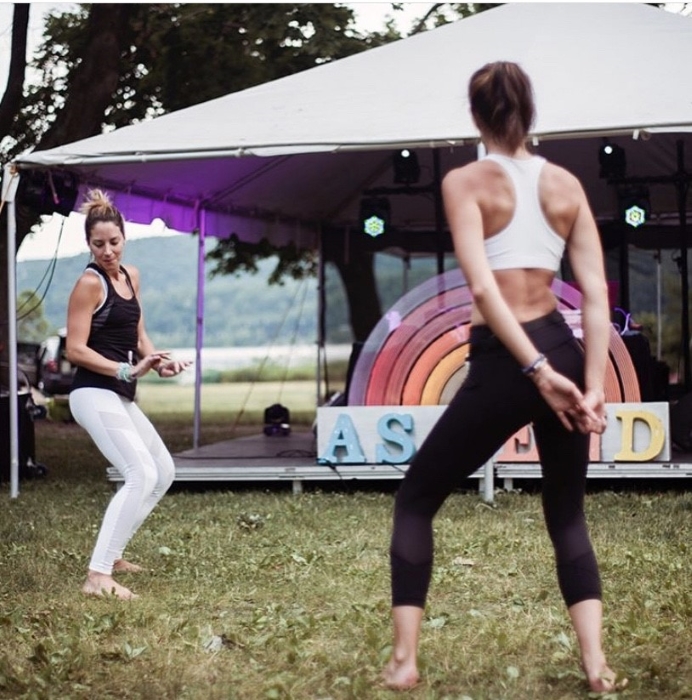 The Ascend Festival begins at 34 West St. at 2:30 p.m. and continues until sunset. Tickets are $35 in advance at bit.ly/ascend-festival, or $40 at the gate. Children are $10 (free for those under age 5) and 2019 Haldane graduates will be admitted at no charge. A few music-only tickets will be available on the day of the event for 7:30 p.m. admission. Free parking is available in the nearby Metro-North lot. No dogs, except service animals, will be permitted.