Philipstown residents welcome electric-car charging stations and consider the Foodtown Plaza in Cold Spring the best place to put one, according to a survey for the town’s Climate Smart Communities initiative.

The Cold Spring Metro-North parking lot came in second, Roberto Muller, the town’s Climate Smart coordinator, told the Town Board on June 6 at the second meeting in two nights at which the board focused on environmental concerns.

A day earlier, the board unanimously passed a resolution urging New York State to turn down an application for a proposed power plant on the Newburgh waterfront. The Beacon City Council considered a similar resolution on May 28 but postponed the discussion.

Muller said that 80 percent of the 261 residents who responded to the online survey said they supported the installation of public electric-car charging stations, and 72 percent said they would use them.

Respondents could rank their choices for charging stations, with top choices receiving more points. After Foodtown and Metro-North, which received 194 and 191 survey points, the leading choices were Main Street in Cold Spring (185 points), the Cold Spring municipal parking lot (160) and the Metro-North station parking lot in Garrison (60). 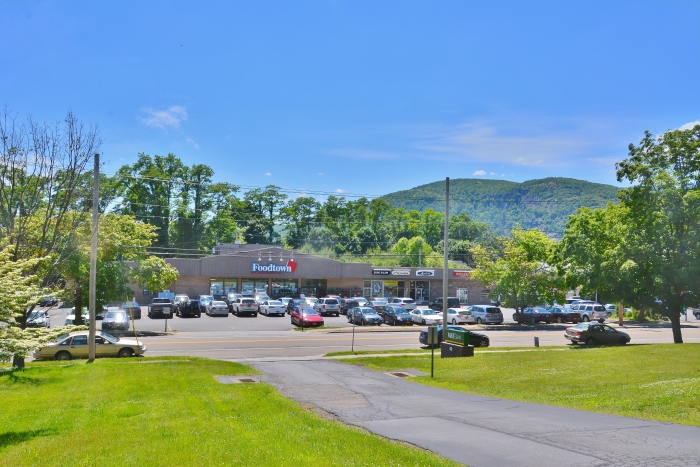 Under New York State’s Climate Smart program, municipalities that launch efforts to reduce pollution and other causes of global warming can increase their chances of obtaining grants. Putnam County signed on June 4, joining Philipstown, Beacon, Nelsonville, Dutchess County, and about 250 other jurisdictions statewide.

Beacon has a public car-charging station at 223 Main St. that was installed by Dutchess County last summer.

Tiger Infrastructure, which owns the Danskammer power plant on the Hudson River in Newburgh, wants to replace the nearly 70-year-old natural-gas facility, which operates on a limited basis, with an updated, $400 million air-cooled version. Company officials say that although the new facility would still use natural gas, its emissions would be cut significantly while providing energy for about 500,000 homes and businesses.

Citing information from the nonprofit Food & Water Watch, the Town Board resolution faulted the proposed plant for “worsening our climate crisis by burning dirty fossil fuels around the clock.”

“We don’t need any more fossil-fuel plants, especially not here in the Hudson Valley,” said Philipstown Supervisor Richard Shea. In fact, he added, in the Northeast, “there’s a glut of energy.”

Ethan Timm, an architect who lives in Philipstown, argued that given the state’s push for renewable energy sources, “not only is it antithetical to be expanding fossil-fuel infrastructure, it doesn’t make any sense,” because it forces customers to pay for something “whether we need it or not, for the benefit of a small number of investors” and Danskammer employees.

Councilor Mike Leonard noted the state’s goal of drastically reducing fossil-fuel use by 2050. “If we’re going to make that, we have to make tough decisions right now. We can’t wait,” he said.

Board members mentioned recent progress in the town government’s own backyard: a solar installation and replacement of traditional bulbs with energy-efficient LED lighting at the Recreation Center in Garrison. Councilor Judith Farrell, who oversaw the upgrade, said it should cut costs by more than $700 a month.

Board members explained that drivers leave Route 9 via Fishkill Road or Main Street and use Peekskill Road to avoid the Cold Spring traffic light, partly because trucks cannot easily turn the corner onto Route 9D (Morris Avenue/Chestnut Street) in the village. They observed that they lack jurisdiction because Putnam County controls Peekskill Road and the state Department of Transportation sets speed limits.

Shea promised to look into the situation with the Garrison business and to try to reconcile its owner with neighbors.

One thought on “Milk, Bread, Eggs … and a Charge?”