Bobbie was a member of the Beacon Elks Lodge No. 1493 for 17-years and also a member of its Ladies Auxiliary.

Bobbie is survived by her son, Scott Drusik, and her sister, Lois Barret. She is also survived by a granddaughter, Ashley Van Buren. A memorial service was held on June 20 at the Elks Lodge. 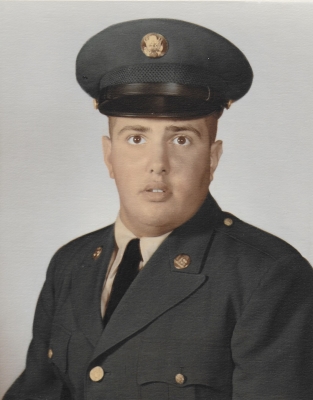 The son of Henry and Mildred Grippo, he attended Beacon High School. After graduating, he enlisted with the U.S. Army and served from 1966 to 1986. He served a tour in Vietnam, where he met his wife, Nguyet, known as “Kim.” The couple moved to Beacon since 1987 and recently moved to Florida.

Along with his wife, Gary is survived by his daughters, Kimberly Mason and Christine Grippo, and two grandchildren Arthur Grippo and Ruth Grippo.

The family will receive friends at 10 a.m. on Friday, June 28, at the Church of Jesus Christ of Latter-day Saints, 204 Spackenkill Road, in Poughkeepsie, with a funeral service scheduled for 11 a.m. Interment will take place with military honors at St. Joachim Cemetery in Beacon.

Anne was born Nov. 1, 1931, in Beacon, the daughter of Michael and Rose Petrillo Caruso. On Oct. 10, 1954, at St. John the Evangelist Church in Beacon, she married David Miller.

Anne retired in 1994 from Pagones & Cross in Beacon. She was a former officer of the Beacon Junior Social League and a volunteer for Beacon Reads at the Howland Public Library. Anne was a parishioner of St. Joachim – St. John the Evangelist Church.

In addition to her husband, Anne is survived by a son, David Miller of Hopewell Junction and a daughter, Susan Carbonaro (Joseph) of Saratoga Springs; and her grandchildren, Ryan Miller (Caroline) of Greenville, South Carolina, and Jenice Miller of Kerhonkson.

A Mass of Christian Burial was held on June 18 at St. John the Evangelist Church, followed by burial at Fishkill Rural Cemetery. Memorial donations may be made to Community Hospice, 179 Lawrence St., Saratoga Springs, NY 12866.

Early in her life, she was a member of the Dutchess Drum Corp. She also loved gardening and working puzzles and was an avid fan of true-life police shows.

A funeral service took place on June 20 at the Libby Funeral Home in Beacon, followed by interment at Fishkill Rural Cemetery.

Robert was born on June 20, 2000, the son of Robert Lee Webber Jr. of Oxford, North Carolina, and Lisa Ann Rivera of Walden. He was a resident of Beacon for many years before recently moving to Oxford.

Services will begin on June 22 in Oxford and conclude on Monday, June 24, at Libby Funeral Home, 55 Teller Ave., in Beacon, where family and friends will gather from 11 a.m. to 1 p.m. A prayer service will be offered at 1 p.m., followed by interment at St. Joachim Cemetery in Beacon.