Ruth Danon considers small presses to be “an anchor for displaced writers.”

The poet, who leads writing groups in Beacon, also believes they “keep literary writing alive. They’re experimental, innovative and have an aesthetic perspective, which the huge, commercial presses can’t do.” 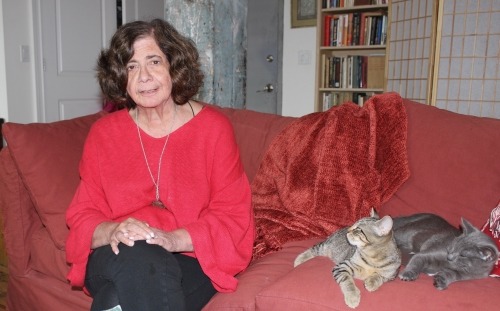 Ruth Danon, with Gizmo and Ella (File photo by A. Rooney)

That’s why Danon, with encouragement from Joseph Fratesi and Thomas Wright, Beacon residents who own Newburgh’s Atlas Studios, organized a reading series that on Saturday, June 29, will feature small-press publishers, editors and writers from the Hudson Valley.

Wright was inspired to approach Danon about organizing the series at Atlas after hearing a reading at Quinn’s in Beacon by members of her writing group. Danon suggested monthly get-togethers that paired a local and non-local writer and asked them to address a specific concept. She called it the Spring Street Reading Series. (Atlas is at 11 Spring St.) 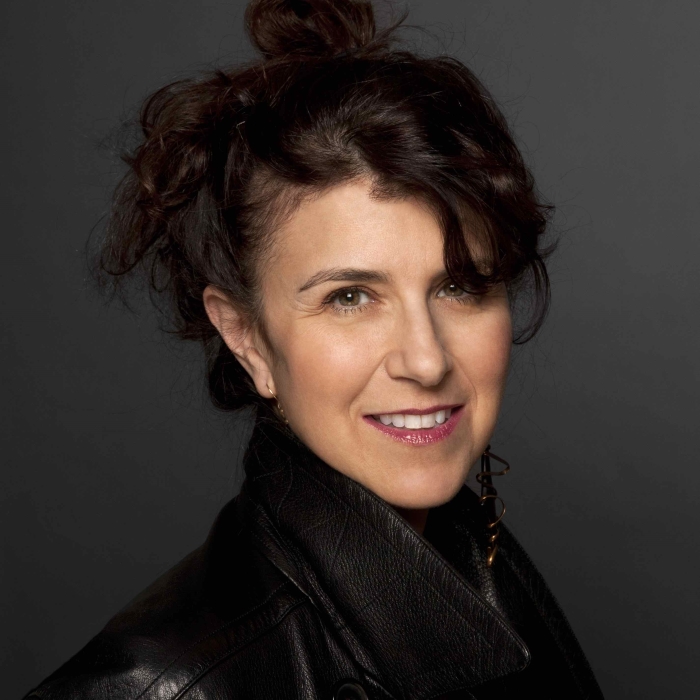 Martine Bellen is a poet and contributor to Conjunctions who will read from her work on June 29 at Atlas. (Photo by Joe Gaffney)

The 2019 series kicked off May 17 with Beacon writer and Get Lit founder Julie Chibbaro joining Laura Sims of New Jersey to discuss “how and why writers come to write what they write.” Danon admits to being concerned that only a few people would show up; instead, the room overflowed with “a lively, large audience.”

The common thread in Danon’s pairings is not always immediately obvious. For Chibbaro and Sims, the link was that each started out trying to write in a single genre. Chibbaro first wrote a novel for adults but became a young adult author, while Sims got multiple rejections for her young adult manuscripts and instead wrote a novel, Looker, which was purchased by Simon & Schuster after a bidding war.

“So many people become discouraged with what they’ve attempted when sometimes it just needs a shift they may not have considered,” says Danon. 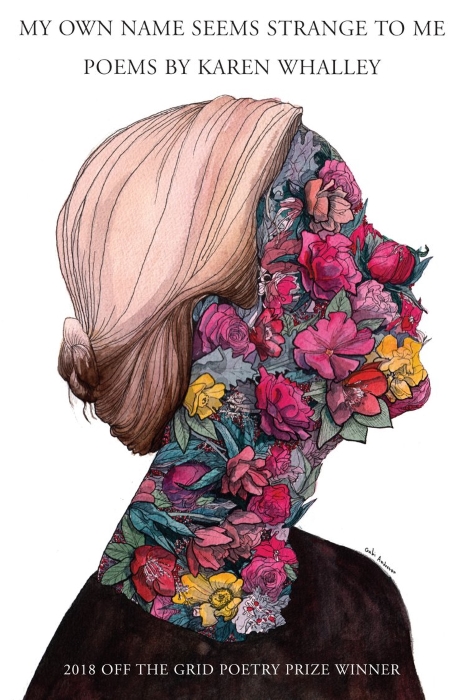 A book of poetry published by Grid Books, a small press whose editor will speak at the June 29 reading.

The readings are intended to “provoke meaningful conversations among writers” that extend to the audience, she says. At the first event, it was revealed that Chibbaro had written a novel called Deadly, about Typhoid Mary, and Sims had written a novel, Stalker, so both authors had unstable women as protagonists. Danon moderates the discussion and sometimes asks the writers to bring questions for each other.

On June 29, beginning at 7 p.m., a publisher or editor from each of several small presses based in the Hudson Valley — Off the Grid Press/Grid Books; Slapering Hol Press; Thornwillow Press; and Conjunctions, a literary journal at Bard College — will discuss its work before introducing one of their writers for a reading. From 6 to 7 p.m. there will be a small-press fair with books for sale.

On Saturday, July 20, the theme will be “unusual and unpredictable bonds between women,” with fiction writers Laura Catherine Brown of Beacon and Idra Novey of Brooklyn. In Brown’s Made by Mary, a mother is a surrogate for her own daughter’s baby; in Novey’s Those Who Knew, there’s an unusual connection between a college professor and a bookstore owner.

There is no session in August, but the series will continue on Sept. 21 (The Exile’s Child is Also an Exile with Danon and Edwin Torres of Beacon), Oct. 18 (Writing in and Out of Prison with Gretchen Primack of Kingston) and Nov. 30 (Food and Drink: A Holiday Event with Emily and Matt Clifton of Beacon).