John Sabraw, a professor of art, and Guy Riefler, a professor of civil engineering, along with their students at Ohio University, developed a process in which they filter out iron pigments from toxic water recovered from abandoned coal mines. 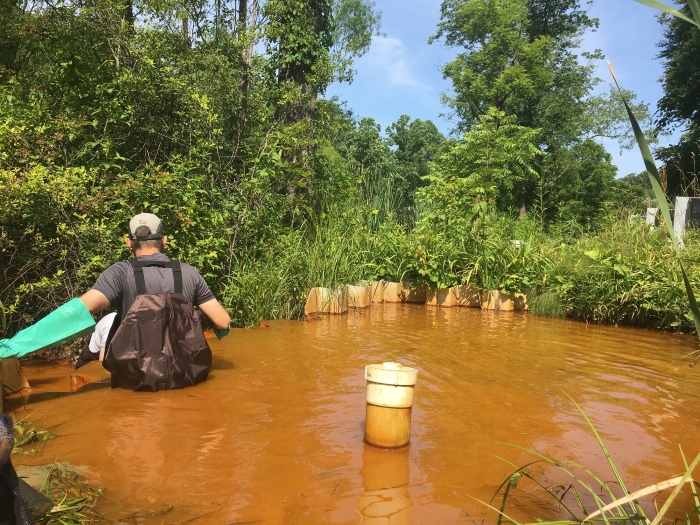 By neutralizing and aerating the polluted water, the oxyhydroxide particles settle out and leave the water clean. The iron sludge is dried, milled into a fine powder and added to refined linseed oil or acrylic polymer to create paint. The paint is sold to raise money to clean up toxic streams, and to make art, some of which is on display through October at the Beacon Institute Gallery in an exhibit called Anthrotopographies, which refers to the hidden network of industrial scars on the landscape that are not always easily accessible. 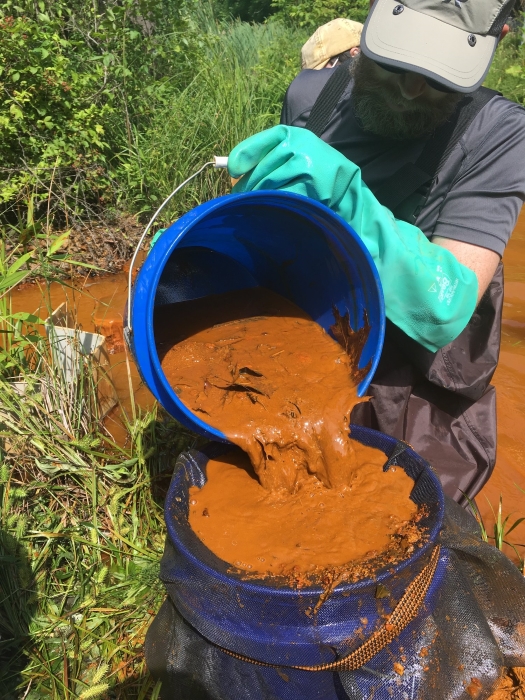 “The artist, like the scientist, has a crucial role to perform in our society: to see things differently, act on this vision, report the failure and successes,” says Sabraw, who will be at the gallery at 7 p.m. on Thursday, June 27, as part of a panel discussion on efforts to restore waterways through art.

The discussion, “From Acid to Art: A Sustainable Solution to Water Pollution,” will be moderated by Charles Riley II, director of the Nassau County Museum of Art and also include Clarkson University engineering professors Michelle Crimi and Shane Rogers. (To RSVP, see clarkson.edu/acid2art.) 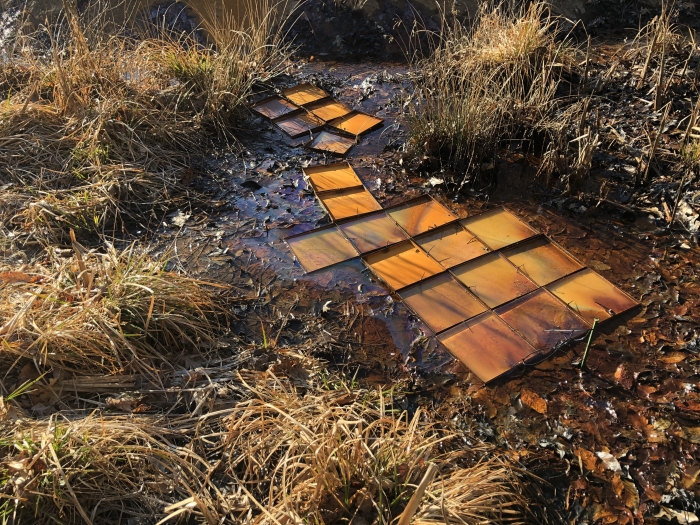 The steel plates for “Symbiotic Ecosystem Carbondale” soak in an acid mine drainage seep in Carbondale, Ohio. After two months, they were brought to Sabraw’s studio, where they were dried, sealed and mounted to form the piece in the show (below).

Sabraw says he finds natural excoriations — primarily coal mines and surface watersheds — “fascinating in their design and compelling in their geography. By drawing and painting interpretations I am seeking an understanding of humanity itself.”

Sabraw began his pigment work several years ago while working with a sustainability immersion group. It was during a tour of southern Ohio — a region with the largest concentration of coal burning power plants in the world — that he took an interest in the visible effects of pollution in the state. 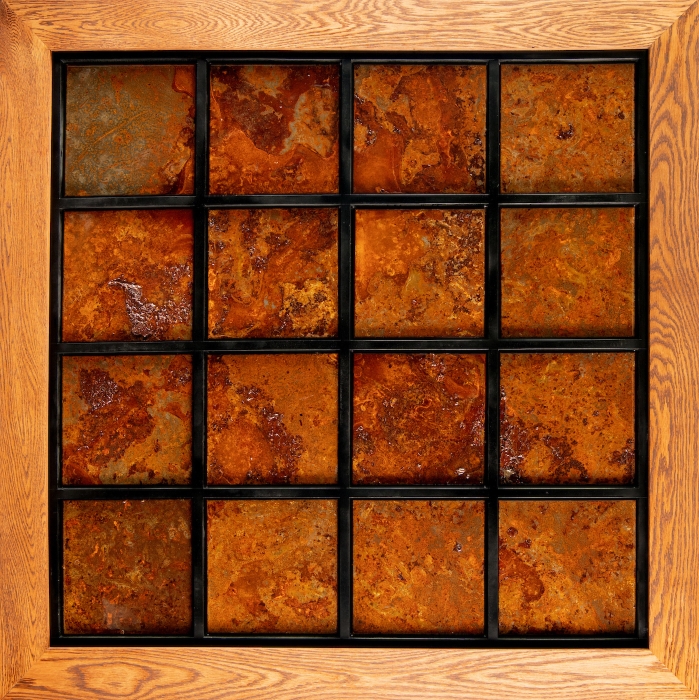 The final artwork has 16 plates and measures four-feet square.

“I was struck by the local streams that are largely orange, red and brown, as if a mud slide was happening further upstream,” he recalls. “When I found out that these colors were mainly from iron oxide, the same raw materials used to make many paint colors, I wanted to use this toxic flow to make paintings” rather than with the imported iron oxide commonly found in paints. 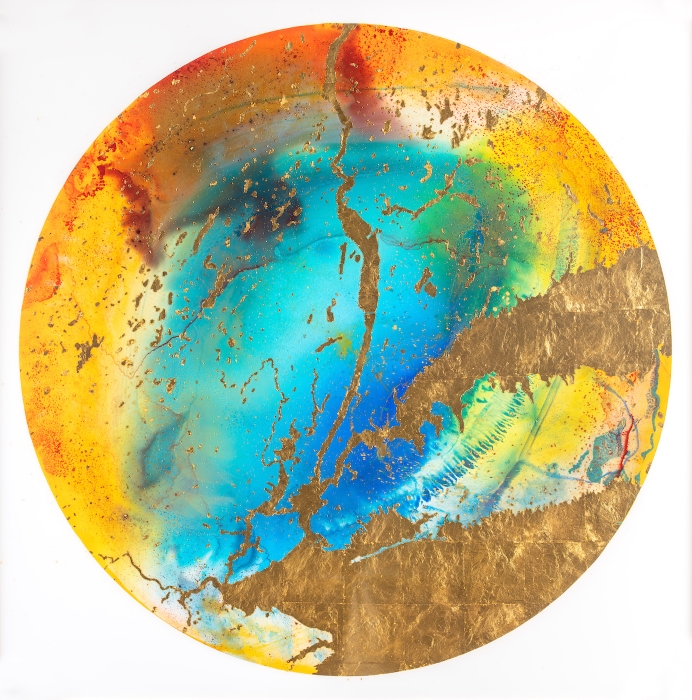 Some of Sabraw’s artworks in the exhibition use these polluted raw materials. In others, he employs laser cutters and computer-driven routers to burn or excavate natural materials and re-enact the common practice of resource extraction. He created some works specifically for the exhibit using dust from bricks made long ago along the Hudson that shaped its form even while polluting its waters.