Doris was born April 14, 1933, the daughter of Jesse and Margaret See. She grew up in Peekskill, where she met her husband, John Conklin. After they wed, the couple moved to Garrison.

Doris was a homemaker and later worked for the Grand Union Corp. in Cold Spring for several years. She was passionate about bingo, crafts, gardening and spending time with family and friends.

Her husband and her twin sister, Dottie Olson, died before her. Her survivors include her children; Dorothy Conklin, LuAnne Pfeil (Church Jr.), John Conklin Jr., and Kelly Manning and her grandchildren; Church, James, Chelsea and Rachel.

Memorial donations may be made to the New York Veterans Home at Montrose, 2090 Albany Post Road, Montrose, NY 10548. Please memo in memory of Doris Conklin. 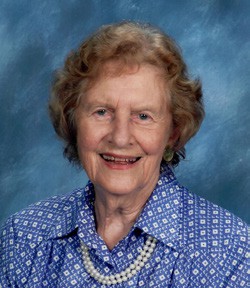 She was born on July 4, 1918, in Garrison, to William and Charlotte (Hoffman Prime) Benjamin. She grew up in Garrison and New York City as the second youngest of the family’s nine children. She attended Chapin School and Knox School.

In 1939, she married Alan Anderson. After he enlisted in 1943 to serve in World War II, Sally and their two sons and most of her siblings moved back to her birthplace, Ienia, in Garrison.

After the war, she and Alan moved to their own home in Garrison, where they stayed until 1952, when they moved to Hingham, Massachusetts. In nearby Boston, Sally started an organization called Saturday’s Bread to feed the city’s homeless population. She also worked for 14 years at the original Talbots store in Hingham.

Alan died in 1988, and seven years later, Sally married Pete Prentice. The couple moved to Charlotte, North Carolina, in 2001. Sally’s passions were caring for others, gardening, traveling and playing tennis and golf.

There will be a memorial service later this summer in Garrison, where she will be laid to rest next to Andy. Memorial donations may be made to Hospice and Palliative Care – Charlotte Region, 7845 Little Ave., Charlotte NC 28226, or to Brookstone Schools, P.O. Box 667890, Charlotte, NC 28266.

The youngest of the five sons of Cornelius and Kathleen (Brooks) Tuomey, he was born in New York City and grew up in Cold Spring. He graduated from Haldane High School at age 16 and joined the U.S. Army at age 18. After two years of service, he attended the Pratt Institute to study industrial engineering. He held a variety of positions before his employment with Comex in 1967. He quickly became a partner of Floor Broker Associates and was a senior partner in the firm until his retirement in 1987.

In 1979, after a good day of trading, he hopped a subway to 42nd Street and handed a substantial check to Covenant House. This was the impetus for one of his proudest achievements as the founder of the Commodity Exchange Center Children’s Fund (CEC Children’s Fund, later Futures and Options for Kids). Thirty years and $30 million later, the charity helped thousands of children through a variety of programs in the New York region.

He lived in New York City; Jackson Heights, Queens; and raised his family in Montclair, New Jersey, before settling in Clifton.

Peter was an avid golfer for many years and served as a director of the Hamlet Development Corporation and a founding member of the Adios Golf Club in Florida. He was often accompanied in his adventures (golf and beyond) by his close friend, the renowned bagpiper Joseph Brady Sr.

He is survived by his wife of 53 years, Eleanor (Sandell) Tuomey, his children Ann Tuomey, Peter Tuomey Jr. and Charlotte Tuomey (Gabriel Cruz). He also is survived by his foster sons; Truong Dang (Thao) and their sons, Nolan and Hansen; Luong Dang (Van) and their children, Kevin and Ann; his brothers Cornelius Tuomey Jr. and Stephen Tuomey, and his sister-in-laws, Vera Tuomey and Jan Tuomey.

A memorial Mass was held on June 8 at St. Andrew the Apostle in Clifton. Memorial donations may be made to Sacred Heart Roman Catholic Church, Camden (sacredheartcamden.org) or to Covenant House (covenanthouse.org).