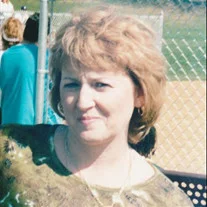 Patricia M. Fenton, 55, of Wappingers Falls and formerly of Beacon, died June 24, 2019, at home, surrounded by her family.

Patricia was born Sept. 12, 1963, in Beacon, the daughter of Francis and Catherine (Farley) Chiappardi. In 1994 she married Billy Fenton. Patricia worked for IBM in East Fishkill and for eight years in the transportation and food service departments of the Beacon City School District. She also loved to bake and cook for her family.

Family and friends will gather on Friday, June 28 from 4 to 8 p.m. at Riverview Funeral Home by Halvey, 2 Beekman St., in Beacon. A Mass of Christian Burial will be held on Saturday, June 29, at 10 a.m. at St. John the Evangelist Church, 35 Willow St., in Beacon. Memorial donationsa may be made to the ALS Association (alsa.org). 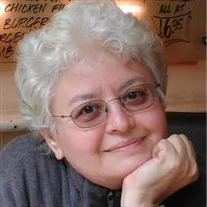 Elvita Marie Rhodes, 69, of Beacon and a former a longtime resident of Croton, died June 19, 2019 at New York Presbyterian Hospital while awaiting a lung transplant to relieve progressive pulmonary fibrosis.

Known to her family and friends as “Vita,” she was born in Warwick on Nov. 20, 1949, the daughter of Vito and Maria (Cosentino) Sabia. In 1977, she married James Rhodes in New York City.

She transitioned from machine knitting to hand knitting, drawing on her experience as a colorist/stylist to produce complex and ambitious projects for her home, friends, premature infants and helmet liners for troops in Afghanistan.

From 1996 to 2000, she worked as an archivist of historic drawings and documents for the restoration of Grand Central Terminal. She was devoted to environmental and architectural conservation and demonstrated the adage that “preservation begins at home.”

A memorial celebration will take place in Beacon on Nov. 20, which would have been her 70th birthday. To send a personal condolence, email James Rhodes at [email protected] Memorial donations may be made to the Pulmonary Fibrosis Foundation (pulmonaryfibrosis.org) or a local associated effort, as well as becoming a registered organ donor (donatelife.ny.gov). 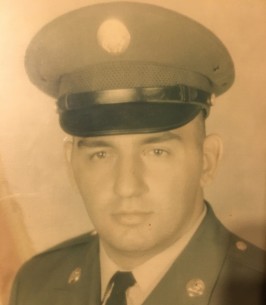 Known to friends and family as “Jimmy,” he was born in Beacon on April 6, 1951, the son of Joseph and Marion (Calaluca) Turcy. After graduating from Beacon High School, he enlisted in the U.S. Army and served from 1969 to 1972 during the Vietnam war.

He is survived by his brother, Joseph Turcy (Beverly) of Beacon; his niece and goddaughter, Patty Rose; his nephew, Joseph J. Turcy; and his best friend and roommate, Carl Ziegler.

Family and friends will gather on Saturday, July 13, for an 11 a.m. graveside service with military honors at St. Joachim Cemetery in Beacon.