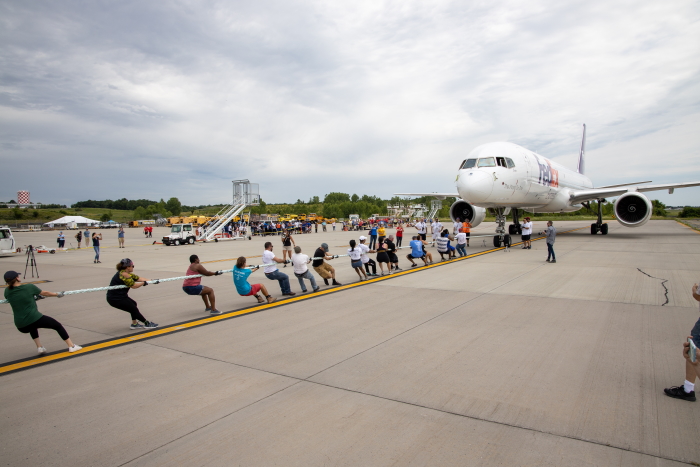 PLANE PULL — Teams of 20 volunteers competed on June 29 to record the fastest time pulling a FedEx jet 12 feet on a taxiway at New York Stewart International Airport while raising nearly $60,000 for the United Way of the Dutchess-Orange Region. Team Poughmentum took first place, pulling the Boeing 757 across the finish line in 8.626 seconds. (Photo provided) 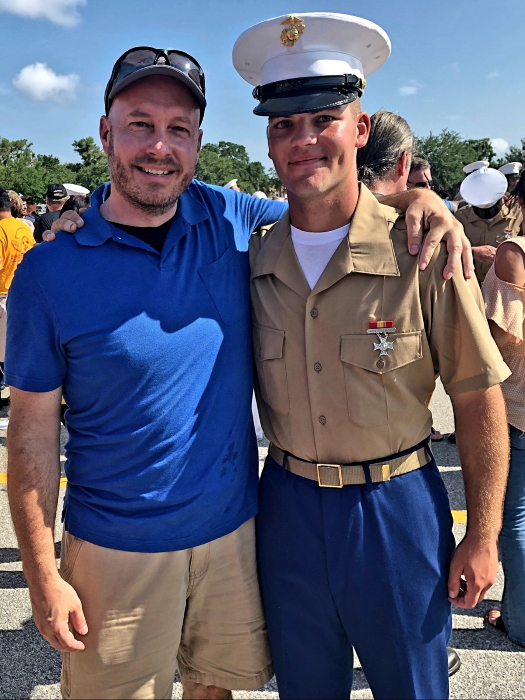 SEMPER FI — Jared Wigdor, 18, of Cold Spring, graduated from the U.S. Marine Corps boot camp at Parris Island, South Carolina, on July 12, and will report to Camp LeJeune, North Carolina, for combat training before becoming an aviation support reservist at Stewart Air National Guard Base in Newburgh. The 2018 Haldane graduate is the son of Jeff Wigdor and Mitzy Folster. (Photo provided)