Greg Phillips will likely end his 22-year tenure as Cold Spring’s superintendent of water and wastewater on July 26 without the satisfaction of having resolved a protracted standoff with the New York City Department of Environmental Protection (DEP).

Since 2010, the village has negotiated with DEP to secure a temporary connection to the Catskill Aqueduct, part of the New York City water system, which passes by the village of Nelsonville. The connection would supply Cold Spring with water during repairs to the dams at its reservoirs located above the village and could also be used during water emergencies.

The stumbling block is that the Cold Spring system also supplies water to Nelsonville and about a dozen homes in Philipstown. Phillips said in an email that the village has told DEP that when connected to the Catskill Aqueduct it would continue to sell water to Nelsonville and Philipstown as it always has. DEP, he said, counters that such an arrangement is not allowed under the New York City code, which permits the agency to sell water only to municipal corporations or water districts. 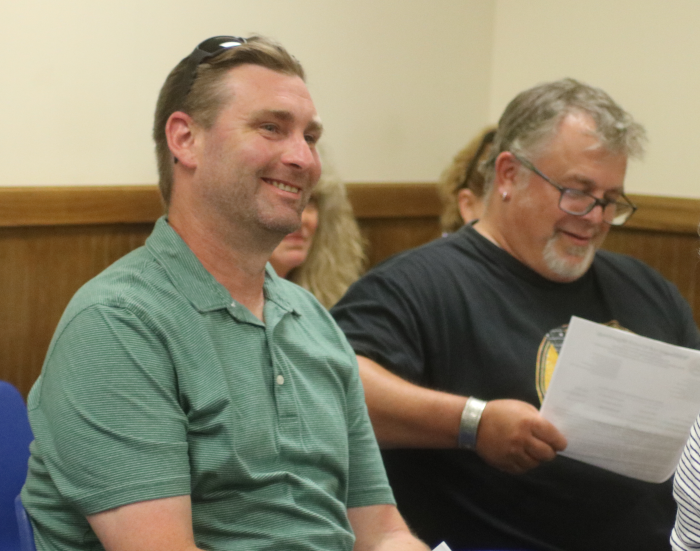 As a result, before the aqueduct connection can be made, DEP has called for Philipstown to establish its own, separately metered water district, a move the town has rejected. Phillips said DEP is also asking that a separate, metered water supply system be set up for Nelsonville.

(Two years ago, the DEP told Nelsonville it should vote to endorse Cold Spring’s plan, which it did; there was no talk then of a separate water district for Nelsonville.)

It would cost millions of dollars to do that, Phillips said at the July 9 meeting of the Village Board: “It’s ridiculous. It’s not reasonable.”

In his email, Phillips, who is retiring, said there were at least two other options, both also expensive: (1) Cold Spring, Philipstown and Nelsonville could form a common water district, or (2) litigation.

“The [legal] argument can be made that DEP’s position is unreasonable,” Phillips wrote. “But how long would it take and how much would it cost?”

DEP plans to shut down the aqueduct later this year and into 2020 as part of a $158 million rehabilitation project. Constructed between 1907 and 1916, it provides 350 million to 400 million gallons of water per day to New York City.

In an email a DEP representative, Adam Bosch, said that during the shutdown “we plan to install a tap that Cold Spring can eventually connect to.” The village will be required to submit plans for the connection and will be responsible for infrastructure costs of the tie-in, he added.

The village received notice that the Philipstown Town Board had exempted the town from Cold Spring zoning code during upcoming renovations to Town Hall. The exemption is allowed under New York State law and will allow the town to make changes to the 1867 building without approval of the village’s Historic District Review Board. Merandy said he will ask for a “courtesy peak” at Philipstown’s bid specifications for construction materials such as doors, windows and siding.

Merandy thanked those who helped plan the Independence Day celebration, including the Old VFW Hall, which sponsored the fireworks at a cost of $10,500. The mayor said weather and a shortage of volunteers combined to make it a difficult year. Severe weather forecasts on July 6 led to the festivities being postponed for a day and many people who had planned to participate had other commitments. Merandy said he’d heard criticism that the village had not allowed veterans to march in the parade but said invitations were sent months ago to the VFW and American Legion and that members showed little interest in taking part.

Officer-in-Charge Larry Burke reported that the Cold Spring Police Department responded to 59 calls for service in June. Four arrests were made, one for suspended insurance and three for suspended drivers’ licenses. Officers also issued 109 parking and 54 moving violations. Burke asked the board to consider a number of changes to street signage because permitted parking times are inconsistent, ranging from two to five hours. He also cited illegal signs, such as those for handicapped parking, that have been installed by residents. Burke and Trustee Fran Murphy recently conducted an extensive review of village signage. Mayor Merandy asked them to submit their recommendations for consideration at a future workshop.

Trustee Steve Voloto, who serves as liaison to the Cold Spring Fire Company, reported that CSFC responded to 20 calls in June.

The owners of 21 Parsonage St. have withdrawn their application to the Zoning Board of Appeals to convert a small barn into a residence.

Crew Chief Robert Downey reported that the highway department collected 61.2 tons of garbage and 20.7 tons of recyclables in June.

The Code Update Committee accepted the resignation of Anne Impellizzeri.

Trustee Fran Murphy reported that the new village website is up and running.

One thought on “Conflict with NYC Over Water Continues”