The Putnam County Visitors’ Bureau unexpectedly shut down earlier this month after the county placed an ad for a new executive director — allegedly without telling the bureau it was looking for one.

County Attorney Jennifer Bumgarner on July 10 told legislators that she had been notified by the state that the Visitors’ Bureau had attempted to return $68,000 in grant money and said in its cover letter it was closing shop.

Further, Bumgarner said, the website at visitputnam.org was taken offline (the bureau’s social media accounts remain, with a post to Facebook as recently as July 3); an email sent to Executive Director Bruce Conklin bounced; and, when she walked over to the agency’s office on the third floor of the county office building in Carmel, she found it had been cleared out and the keys left on a desk.

“There’s been no formal notification to anyone that this is what they were doing,” she said.

On Monday (July 15), Kevin Callahan, the chair of the board that oversaw the nonprofit agency, issued a statement on Visitors’ Bureau letterhead in which he said that the board was taken aback when the county in late May placed a help-wanted ad for a new executive director. Callahan said the Visitors’ Bureau board had been more than happy with Conklin. 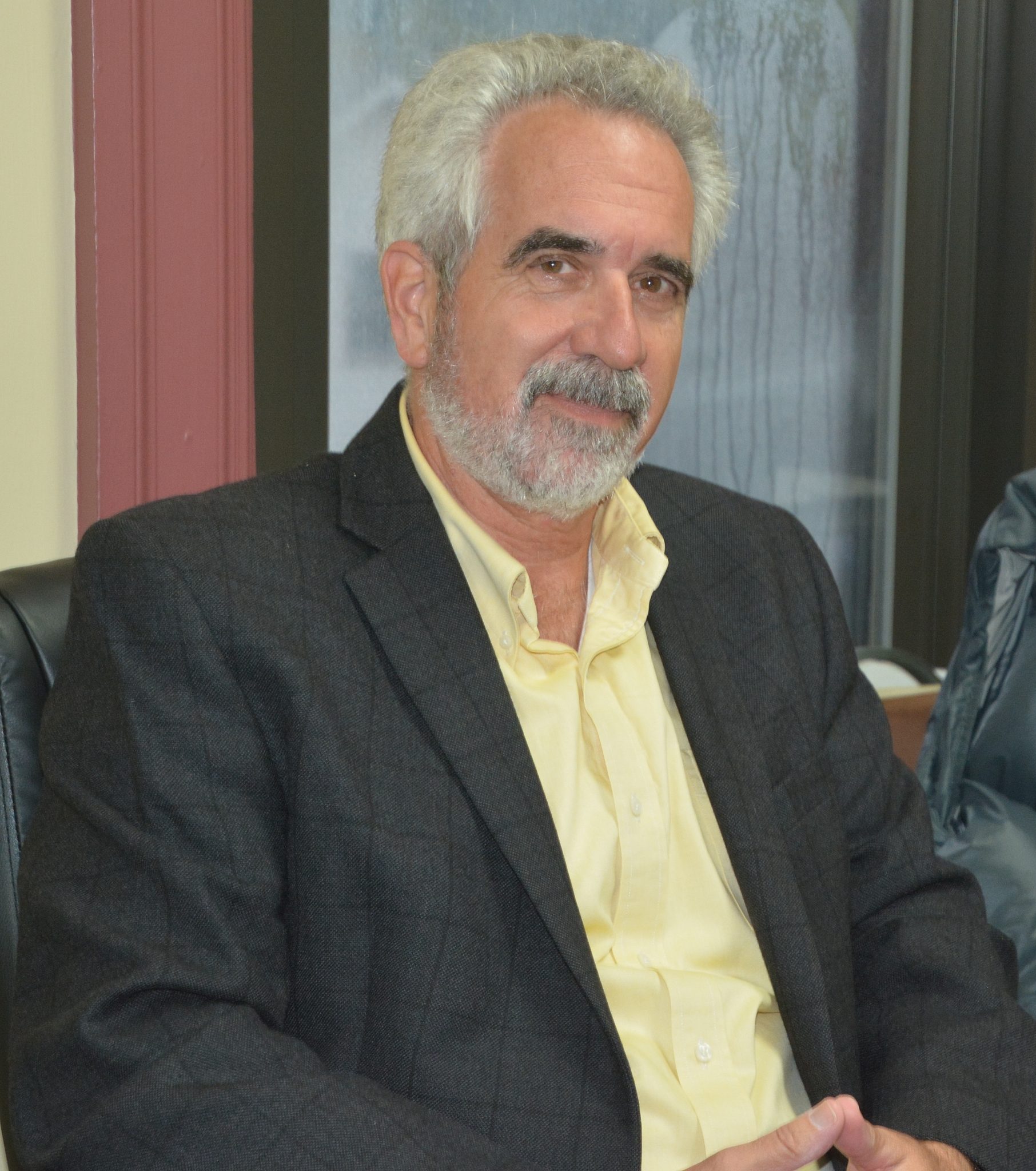 Although the board selects the director, the hiring and salary must be approved by the county Legislature, according to the bureau’s federal tax filings. The bureau, which operates under contract with the county and has an annual budget of about $270,000, is funded almost entirely by county and state grants.

The Visitors’ Bureau has been the subject of drama throughout the tenure of County Executive MaryEllen Odell. Odell took office in November 2011 and not long after that longtime Visitors’ Bureau Director Valerie Hickman stepped down. Odell quickly tapped Libby Pataki of Garrison, a former first lady of New York, to lead the bureau.

In early 2016, the state attorney general opened an inquiry after The Journal News reported that Pataki had in 2012 quietly created a charity, Putnam Tourism Corp., that was soliciting donations and paying her a $50,000 salary — in addition to her $70,000 salary from the Visitors’ Bureau — without active oversight from a board of directors, as required by state law.

Pataki resigned in March 2016, and former intern Frank Smith was named acting director. A new volunteer board of directors was created with guidance from the attorney general’s office; the board hired Conklin, a native of Putnam Valley, in March 2017.

Tourism generates $63 million annually in spending in Putnam County, according to the most recent report compiled for New York State by a firm called Tourism Economics. That includes $5.3 million on lodging, $8.8 million on recreation, $23 million on food and beverages, $10.8 million on retail, and $3.2 million on transportation. 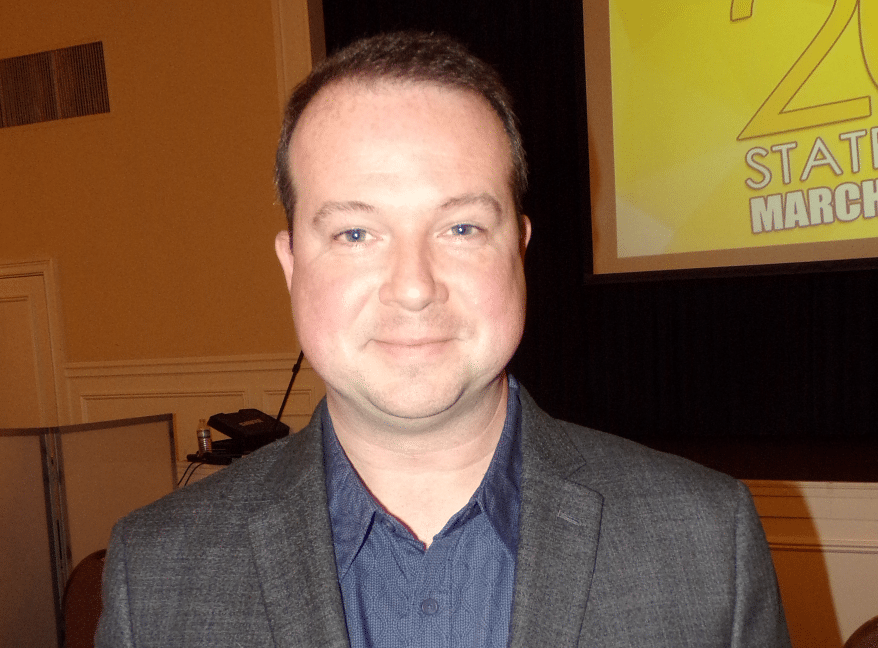 Bruce Conklin soon after he was hired in 2017  (File photo)

In Putnam, the industry employs about 1,400 people and generates $4.6 million in sales tax annually, the report said. Tourism revenue grew 6 percent between 2015 and 2016 but only 1 percent the following year. The latest data, for 2018, is expected in August.

Although the Legislature approved $227,000 in funding for the bureau for 2019, Callahan said in his statement that the board and county had not finalized a contract.

He said that in March, two unnamed legislators and Bumgarner asked to speak with the board. (Callahan asked that questions about his statement, such as the identity of the legislators, be sent by email, but he did not respond further.)

“It was clear from this meeting that the Legislature was not satisfied with the performance of the executive director,” he wrote. The board asked the county for a “performance improvement plan” so it could “meet the objectives expected by the Legislature. This was never received.”

Instead, he wrote, board members saw the county’s help-wanted ad, which promised a salary of $75,000 to $85,000 annually. It was published in local newspapers designated for public notices on May 29, June 5 and June 12, but included a June 7 deadline for applications. 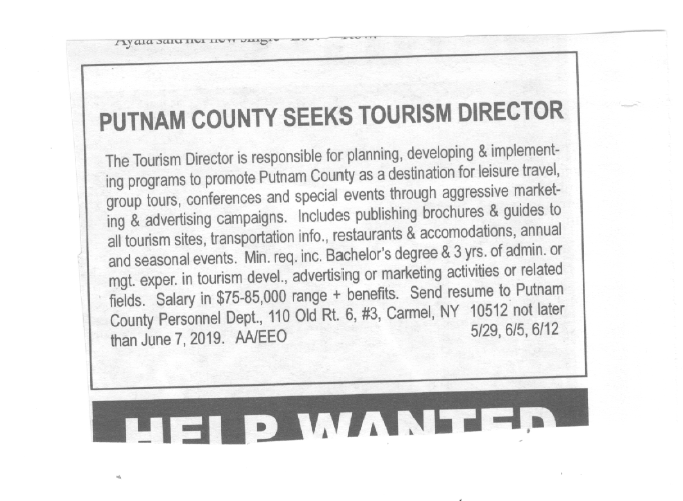 Callahan said board members concluded that the county planned to bring the tourism agency “in-house” rather than operating it under contract. “In anticipation of this change, and in deference to the executive director,” the board dissolved the nonprofit, he wrote.

He said the board sent a check to the state for the matching funds it had received but was told that returning the money would make it impossible for the county to reapply in 2019. The check was returned and voided, he wrote, so that a check made payable to Putnam County could be issued and the county could operate as a state-approved tourism promotion agency.

Callahan said the Visitors’ Bureau planned to pay its outstanding bills, file its final tax returns and return any unspent funds to the county.

The tourism board was chaired from its formation in 2016 until March of this year by Barney Molloy, a former Cold Spring resident who said in an email that he left in March when he moved out of the county. The most recent board members listed on the website before it disappeared included Callahan (of Brewster) and two other original members, Elizabeth Carson-Tompkins (Carmel) and Victoria Causa (Carmel), along with newcomers Kim Boeheim (Patterson), Rhonda Jacobius (Carmel), Joann Mailman (Carmel) and Mary Cay Nilsen (Brewster).

Callahan wrote there had been informal discussions in 2017 with Deputy County Executive Bruce Walker about combining the bureau with two similar entities, the Economic Development Corporation and the Industrial Development Agency, to create a county department. A merger could save money because each agency had its own attorney and accounting firm and two employed executive directors, he said, but the idea died after Walker resigned to take a federal job.

Bumgarner told legislators on July 10 that the county’s negotiations with the Visitors’ Bureau over the 2019 contract stalled because the county wanted a provision that would require the tourism board to provide more information about its spending and audits. “Their counsel sent me an email indicating that they wanted all those new provisions stricken,” she reported.

Getting the Word Out

The members of the board of the Putnam County Visitors’ Center “are proud of the work accomplished during the short-lived tenure of the board and are grateful to and sincerely thank their executive director [Bruce Conklin] for all his hard work and immeasurable improvements made under his auspices,” board chair Kevin Callahan wrote in his July 15 statement. “A quiet, competent man, Bruce hit the ground running.”

In his statement, Callahan listed what he said Conklin had accomplished:

Thirty thousand copies of a redesigned travel guide were distributed at rest stops on I-87, Metro-North stations, 119 locations in New Jersey and Pennsylvania, travel agencies, Amtrak, hotels and motels and AAA offices.

The bureau ramped up its use of social media. 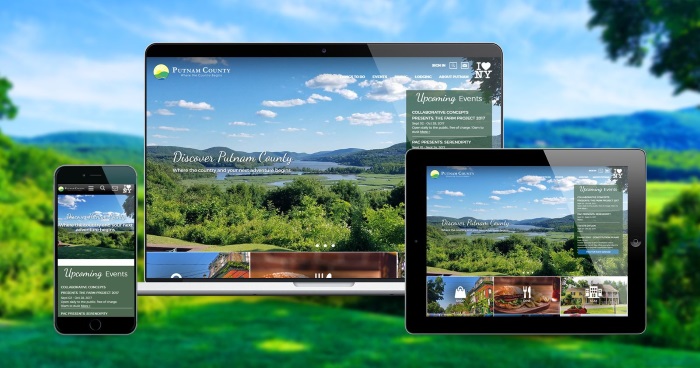 In 2017, the Putnam County Visitors Bureau launched a new website that included a calendar of events, links to local areas of interest, and a 30-second commercial.

Bumgarner said the county is considering whether to look for another outside agency or hire its own tourism director. Conklin is under contract with the bureau, not the county. She told legislators the county had received 21 applications in response to the ad.

Putnam County Commissioner of Finance Bill Carlin told legislators he would ask the bureau for an accounting of the money it has spent this year. “You’re not allowed to just turn your lights out and say you’re out of business,” he said. “That’s not the way it works.”

Legislator Ginny Nacerino (R-Patterson) said she supported bringing the position in-house. “We’ve been struggling for the last several years for tourism to reach its full potential,” she said.

Paul Jonke (R-Southeast) said the county needs a director who will report to the Legislature on a regular basis.

“Part of the issues we had with this Visitors’ Bureau was that they were not transparent; they were not accountable to us,” he said. “They were unwilling to provide documentation to us; to the public. And that’s when things stated to go downhill.”

(The Current also had trouble getting information from the bureau, which the county said as recently as July 17 was not one of its “agencies” subject to Freedom of Information Laws, although the county provided office space, most of its funding and had final say over the hiring of its executive director.)

Neal Sullivan (R-Mahopac) said he is disappointed in the way the bureau “unwound itself” without notifying the Legislature.

“Tourism is so critical to Putnam County,” he said. “Over the last couple of years and beyond, that has sort of been floundering — the direction of tourism — and we need to get hold of that. It makes a lot of sense that we bring that position inside the county, like a department head, under the control of the administration and us, so that we have real accountability.”

“It’s just very disheartening how this all went down and it was all totally unnecessary to do it in that way,” added Nacerino. “But maybe it’s an opportunity for us to move this forward in the direction that we’ve been wanting it to move forward for a very long time.”