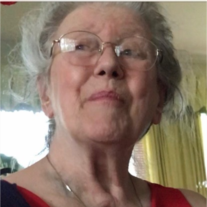 Annelore I. Kiernan, 77, a longtime resident of Beacon, passed away on July 17, 2019 at the Fishkill Center for Rehabilitation and Nursing.

Annelore was born Dec. 11, 1941, in Mittenwald, Germany, the daughter of Hans and Lore Margaret Juergens. On June 11, 1967, she married Christopher Kiernan, who died six days before her, on July 11. Annelore was employed by IBM in East Fishkill, where she met her husband before leaving the workforce to raise her daughter.

Annelore is survived by her daughter, Lisa Wagner, and her granddaughter, Hanna Wagner.

Family and friends will gather on Sunday, July 21 from 4 to 8 p.m. at Riverview Funeral Home by Halvey, 2 Beekman St., in Beacon. A funeral service will be held on Monday, July 22, at 10 a.m. at the funeral home, followed by entombment at Cedar Hill Cemetery in Newburgh. 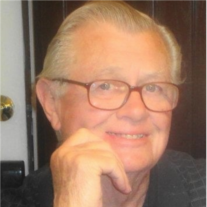 Ed spent his career as a traveling commercial insurance salesman and lived in Orman Beach, Florida, and Mays Landing, New Jersey, as well as Mahopac, Peekskill, Hopewell Junction and, finally, Beacon, where he retired. During his career, Ed was a member of many organizations, including the Assumption Church Parish Council in Peekskill and the Cub Scouts and Boy Scouts of New York and New Jersey.

Ed was a man of strong faith, according to his family. He enjoyed playing tennis, watching golf, listening to the oldies and sneaking a dessert before dinner.

A Mass of Christian Burial was held July 18 at St. John the Evangelist Church in Beacon, followed by burial at St. Joachim Cemetery. Memorial donations may be made to St. Jude Children’s Research Hospital (stjude.org).

Born Jan. 14, 1945, he was the son of John and Lucy (Rago) Natoli. He began his academic career at St. Joachim’s and attended Beacon High School, where he was an athlete who also loved theater. He continued his studies at Ulster County Community College before earning a bachelor’s degree in labor relations from Cornell University.

Soon after, Larry was hired as electrician at the Mattawan Correctional Facility, where he taught the electrical trade to inmates. In 1980, he began a 25-year career as a labor relations specialist for Dutchess County CSEA.

According to his family, Lawrence loved his family and friends and his Italian heritage and had a deep faith in God. He also loved animals, adopting puppies and rescuing kittens. He was a fan of Mickey Mouse and visited Disney at least once each year with his grandchildren. He enjoyed watching his grandchildren play sports and dance and attended many recitals and baseball, soccer, field hockey and softball games.

Larry and Mary operated a neighborhood deli called Natoli’s in Beacon for 10 years and catered parties, business dinners and golf dinners at the country club. He loved cooking Italian food almost as much as he loved eating it. He would say his favorite meal was a tie between spaghetti and hot dogs.

Larry’s love for the Jersey shore and the seaside boardwalk enticed him on summer vacations, and he and his wife especially enjoyed visiting Egypt. For more than 35 years, the couple also spent the month of January in Aruba.

Larry served many organizations over the years, including the Knights of Columbus, St. Rocco’s Society, the Lewis Tompkins Hose Fire Co.  and Beacon Elks Lodge 1493. In addition, he spent many days and nights at the Italian Center in Poughkeepsie and was named its Man of the Year in 2013. He also loved the Yankees and Giants, flea markets and trade shows.

A Mass of Christian Burial was offered on July 17 at St. Mary Mother of the Church in Fishkill, followed by a private interment.