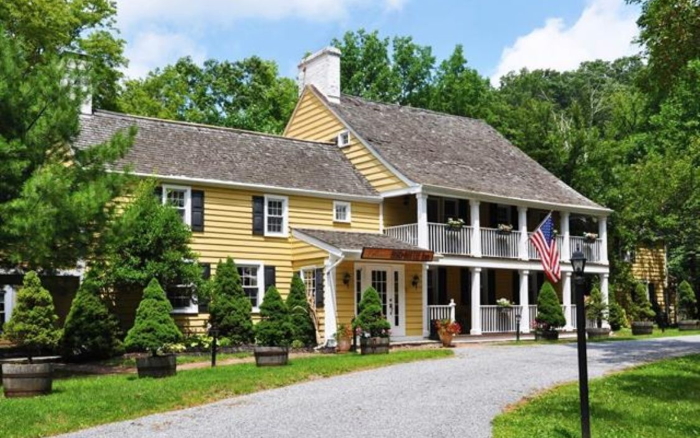 1123 OLD ALBANY POST ROAD — This centuries-old structure off Route 9 in Philipstown is once again on the market, with an asking price of $1.47 million. Built by John Warren, the home was converted in 1761 by his son, Samuel, into a stage-coach stop and seized by the Continental Army during the Revolutionary War as a regional headquarters for Gen. George Washington. In the mid-19th century, Justus Nelson, who had built a grist and lumber mill on the banks of Indian Brook, converted it into a family home. It remained in the family until his grandson, James H. Nelson, decided to become a minister. Rhinelander Waldo, the former police commissioner of New York City, purchased it in 1916 but it was abandoned until 1940, when George Perkins and Charles and Constance Stearns restored the building and named it the Bird & Bottle. It became a hot spot, visited by Hollywood elite such as Joan Crawford, Constance Talmadge, Greer Garson and Veronica Lake; in 1954, it earned a “superb dining distinction” award from Holiday magazine. Most recently, the inn was closed from 2010 to 2015 before a caterer, Pamela Resch, purchased it to host special events such as weddings. 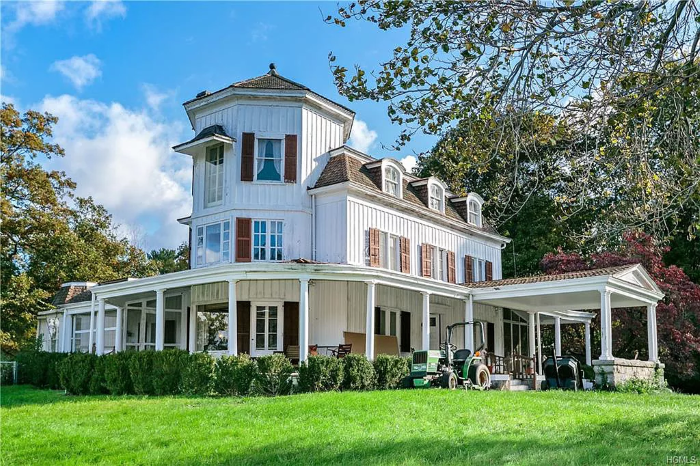 40 UPPER STATION ROAD — This 6,300-square-foot Garrison home on 5.4 acres was the summer estate, called Kleiner, at the turn of the 20th century for James A. Glover, a real estate and insurance mogul. With seven bedrooms and 5.5 baths, it’s listed for $2.3 million. In 1899 Glover had all the trees cut down on the hill in front of the house to create its sweeping view of the river and West Point. A 1939 newspaper profile of his widow, Franny Livingston Glover, then 90 and described as “the oldest woman in Garrison,” said her father, William S. Livingston, had purchased the home about 1860. The home was occupied in 1968 by Gene Kelly, who rented it while directing scenes shot at Garrison’s Landing and in Philipstown for Hello, Dolly! Catherine Portman-Laux, who owned the home with her husband, Burton, until her death in 2016, once said that when she first saw the house and grounds, she “made a vow to God if he would allow us to own this house, we would use it to make people happy.” 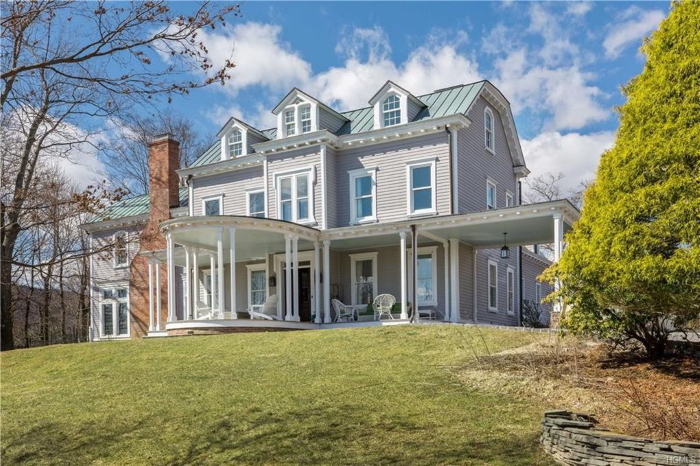 11 PARROTT ST. — Built around 1840 and known as Cascabella, this 5,000-square-foot Cold Spring home was purchased about 1893 by Capt. Henry Metcalfe, the Army’s chief of ordnance. It’s listed for $1.8 million. Metcalfe, an 1868 West Point graduate, usually wintered with his family in Thomasville, Georgia, but for several years served as the “military professor” at Haldane. He also was president of the village and of the Haldane Board of Education, a charter member of the Cold Spring Fire Co. No. 1 and an inventor. In 1873 he designed the first detachable magazine for small guns, and he held patents for a “road-map exhibitor” for automobiles (1907) and a “pocket memo case” (1919). In 1926, shortly before Metcalfe’s death, the estate was sold to Jacob Glick, an immigrant from Austria-Hungary who had opened a dry goods and clothing store in 1906 that operated until 1975. Glick lived in the home for 41 years, until 1967, when it was sold to a couple from Long Island.

One thought on “Real Estate: History on the Market”