Beacon Junior Baseball’s “bash brothers” held their own at the home-run derby for players ages 11 and younger that was part of the Cal Ripken league’s Middle Atlantic Regional All Star Tournament in Poughkeepsie. Christopher Carton took second place and AC McKay tied for third in a field of 18 players from four states. Carton and McKay are shown below with Coach Allen McKay. 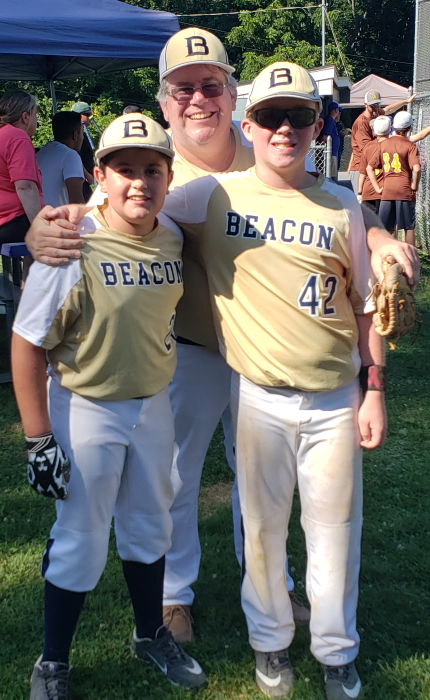 A team of Little League players ages 12 and younger from Philipstown and Fishkill, above, won the District 17 title but came up short in the double-elimination sectional tournament. The “Fishtown” squad lost its first game, won its second over Rondout Valley, but fell against Saugerties on July 16. 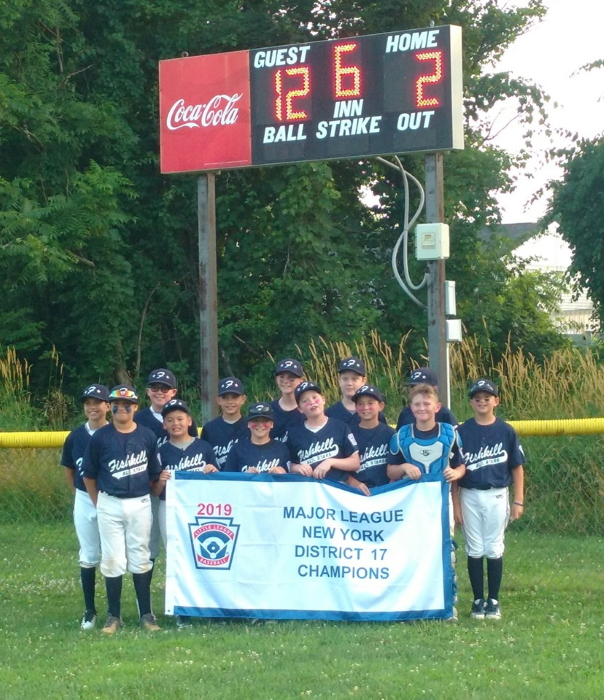