She was born Feb. 21, 1944, in Gourock, Scotland, the daughter of David and Mary (MacDonald) Livingstone.

On May 25, 1968, she married Robert Galloway in Scotland; they had met at a bar in Queens and were married for 51 years.

Before retiring, Christine worked as a travel agent for Hollowbrook Travel in Fishkill and also was an avid traveler herself. Besides her family, her passion was soccer: She was a longtime member of the Beacon Soccer Club, and the East Hudson Youth Soccer League, where she was the first woman inducted into its hall of fame.

Her third passion was her heritage; Christine was a member of the Dutchess County Scottish Society.

Besides her husband, Christine is survived by her daughter, Jacqueline Arroyo (Dimas) of Beacon; two grandsons: Robert Arroyo (Caitlin) and Dimas Arroyo; and four great-grandchildren: Brayden, Alexander, Autumn and Brielle Arroyo. She also is survived by a brother-in-law, Jim Larsen (Annette), and a sister-in-law, Jean Livingstone.

Family and friends will gather for a Mass of Christian Burial on Saturday, Aug. 3, at 11 a.m. at St. Joachim Church, 51 Leonard St., in Beacon. A private interment  will follow at the convenience of the family. Christine survived breast cancer twice and also lived with diabetes; memorial donations may be made to the Miles of Hope Breast Cancer Foundation (milesofhope.org) or the Juvenile Diabetes Research Foundation (jdrf.org). 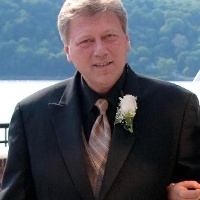 Wayne Joseph Prisco, 63, died of congestive heart failure and autoimmune disorders on July 13, 2019, at Montefiore St. Luke’s Cornwall Hospital with his three children by his side.

He was born Oct. 31, 1955, in Beacon to Patrick and Noreen Prisco. He spent most of his childhood in Beacon and Fishkill and was a resident of Unionvale and Pleasant Valley for more than 20 years. On Nov. 12, 1972, he married Joann Davis in Beacon.

Wayne grew up loving to spend time outdoors with his brothers and friends, especially in the family pool in Fishkill. He liked baseball, playing cards and games with his children, playing the guitar, and was especially fond of apple-picking and going to the lake with his family in his younger years. He was also an avid newspaper reader and interested in politics. He was the owner of Tri-Tech Heating and Air Conditioning in LaGrange.

Besides his wife, Wayne is survived by his children: Melanie Gensch (Kevin) of Highland; Tricia Strong (Josh) of New Paltz; and Wayne Prisco (Katie) of Liberty, as well as six grandchildren: Cole and Hayley Gensch, Addie and Ayla Strong, and Mary-Grace and Luke Riley-Prisco. He also is survived by his two older brothers, Patrick (“Chicky”) Prisco, of Florida, and Glen Prisco of Lagrange, and a younger sister Valerie, who lives in Ohio. Burial was private at Fishkill Rural Cemetery.

Nancy was born March 16, 1932, in Worchester, Massachusetts, the daughter of Allan and Signe (Granberg) Jacobson. She graduated from Brookfield High School in 1950 and earned a degree in sociology from the University of Massachusetts. Her companion of 17 years, Harry Levine, died before her.

Following several years as a caseworker with the Orange County Department of Social Services, Nancy became the attendance teacher for the Washingtonville School District, and subsequently, for Beacon until her retirement in 1992. She also was a deacon of the Union Presbyterian Church in Newburgh.

Nancy is survived by a daughter, Susan Rikert, of Greensboro; a son, David Rikert of Bozeman, Montana; her former husband, Paul Rikert; her granddaughter, Sarah Ann Rikert of Centennial, Colorado; and many cousins in Sweden.

A memorial service will be held on Sept. 24 at 10:30 a.m. at Union Presbyterian Church, followed by interment at Brookfield Cemetery in the family plot. Memorial donations may be made to the church at 44 Balmville Road, Newburgh, NY 12550 or to The Michael J. Fox Foundation for Parkinson’s Research.

Known to his family and friends as Jimmy or The Face, he was born March 20, 1940, to Hazeltine and Matrey Smith Sr., the youngest of three boys. His wife, Henrietta, died before him.

Starting at a young age Jimmy always had a great work ethic and soon became a business owner of The Club Royale and a martial arts instructor. He was also a member of The Rickshaws Motor Club. He later retired from Central Hudson to allow him more time for his hobbies, including yard work and bowling.

His survivors include his children Kelly, Randi and Derrick, his brother-in-law Pete (Minnie), his sister-in-law, Martha and a number of grandchildren and great-grandchildren.

A funeral service was held on July 26 at Star Bethlehem Baptist Church in Beacon, followed by entombment at Fishkill Rural Cemetery.