Putnam County lawmakers plan to ask the governor and state Legislature to put the brakes on a new law that allows undocumented immigrants to obtain driver’s licenses.

“The law as is, to me, is just riddled with concern,” said County Clerk Michael Bartolotti, who is the commissioner of the Putnam County Department of Motor Vehicles, during the Legislature’s July 22 Rules Committee meeting in Carmel.

“It’s directly on us and on our staff to deal with this on a daily basis,” he said.

Officially called the Driver’s License Access and Privacy Act, the measure is informally known as the “Green Light Bill.”

Bartolotti said the law, signed by Gov. Andrew Cuomo on June 18, puts DMV staff in a bind because it allows the issuance of “not for federal purposes” licenses without requiring the demonstration of lawful presence in the U.S., or Social Security number verification. However, he said, federal law states that should a person not have lawful presence, they may not be afforded certain privileges.

“And the question is, wo 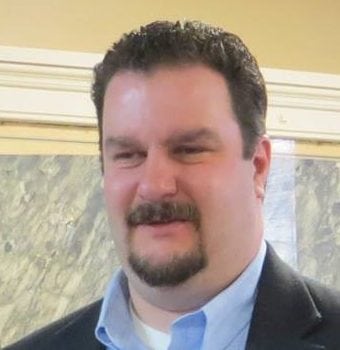 uld this be one of them?” he said.

Bartolotti expressed concerns that undocumented immigrants could erroneously be placed on voter registration rolls because of the DMV’s automatic voter-registration system.

“You look beyond the potential of somebody being registered and going and voting, but besides that, you have names on voter registration rolls that shouldn’t be there,” he said. “Tons of things are driven by registration rolls. Those rolls should be as pristine as they possibly can be.”

Bartolotti said that in most states that issue driver’s licenses to undocumented immigrants, there are solid processes in place. In Illinois, he said, a non-renewable, temporary visitor’s license may be issued that is valid for three years. It is available to anyone who cannot obtain a standard license, not just those who cannot prove lawful presence.

This way, Bartolotti, said the license is not a “scarlet letter” for undocumented immigrants who will be afraid to show their IDs if they are involved in an accident or for other purposes.

Bartolotti explained that, like any licensed driver, these individuals will have to take a written test to obtain a permit, pass a road test and register their vehicles.

“There are absolutely merits to having this,” he said of the law. “But for me, right now, the concerns are outweighing the merits.”

Vanessa Agudelo, manager of member engagement for the Hudson Valley at the New York Immigration Coalition, asked county lawmakers to reconsider their opposition.

“A lot of the concerns that are being raised here are concerns that I do believe were actually addressed in the legislation,” she said. “There are some misconceptions as to how this legislation has been drafted.”

According to Agudelo, her coalition spearheaded the effort to get the Green Light Bill passed and helped draft it. She said it has the support of insurance companies, chambers of commerce and corporations who feel the legislation will help their employees get to work on time and increase productivity.

Agudelo claimed that the resolution county lawmakers were voting on contains statements that are not accurate — a charge also leveled by critics against a previous resolution passed by county lawmakers asking the state to repeal the Reproductive Health Act, which made changes to the regulation of abortion.

“There are errors in the legislation that you all are going to vote on today that I want to make sure you are aware of,” Agudelo said.

She referred to a resolution paragraph that states: “While the Driver’s License Access and Privacy Act requires that standard driver’s licenses may state ‘not for federal purposes’ somewhere on the card, such marketing is not mandatory.”

“This is actually false,” she said. “It is federal law that any identification that is being issued by the government, if it is for federal purposes, it has to be marked accordingly.”

“The resolution speaks to what the Driver’s License Access and Privacy Act requires, and it does not require that it be marked,” he said. “Whether it’s in the federal law is a separate issue. So I will submit that, as drafted, the resolution is correct.”

Agudelo also took issue with a paragraph that reads: “The Driver’s License Access and Privacy Act secures driving privileges for undocumented immigrants and protects the data of those applying for such privileges from access by any third party, including any law enforcement agency.”

“We made sure that law enforcement was very, very much a part of this process,” she said. “In fact, we spent about two months going back and forth with them on certain language that they felt wasn’t clear enough, delineating exactly what access they had to this information.”

According to Agudelo, the law states that an individual’s application information can be disclosed in response to a court order, judicial warrant or subpoena, but not an administrative warrant under the federal Immigration and Customs Enforcement agency.

In addition, Agudelo stated that $57 million annually has been allocated at the state and county level to assist local DMVs in processing the new licensees.

“This legislation is a huge revenue generator,” she said. “So, surely, there is enough funding coming down from the state to provide training.”

Legislator Carl Albano (R-Carmel) said he’ll believe that when he sees it.

“I’m not that hopeful that we’d see a lot of that,” he said of the state funding, adding, “I think it would be a big expense for a small county.”

Albano noted that he can support the concept of undocumented immigrants having to go through the proper channels to become licensed drivers, but that the law needs revision. “It would be nice if we had something in place that made sense, but this isn’t it,” he said.

Neal Sullivan (R-Mahopac) expressed disappointment that county clerks were not invited to be involved in drafting the bill.

“In classic New York fashion, it’s the cart before the horse,” he said. “To me, it is clear this is not ready for prime time, yet.”

At the end of the discussion, the committee unanimously voted to approve the resolution, which will now be sent to the full Legislature at its Aug. 6 meeting.

“We do want to send a message to the legislators in Albany that we want more information” before the law is implemented, said Sullivan.