Driver charged with driving under influence

Putnam County sheriff’s deputies arrested a Pleasant Valley woman on July 18 after she apparently drove her vehicle into the Village of Cold Spring reservoir on Fishkill Road in Philipstown.

Two deputies who were called to the scene at about 5:30 p.m. said they found a vehicle semi-submerged in the reservoir and its occupants, who included two children, ages 6 and 9, outside of the vehicle. 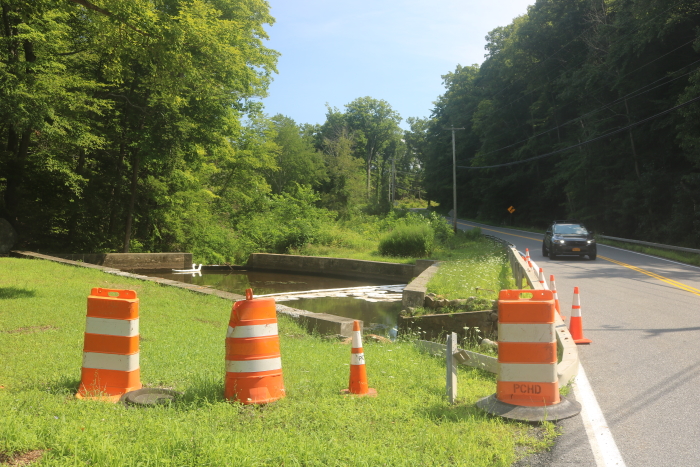 Police say the driver, Ellexis Hoerl, 23, who was baby-sitting the children, was allegedly impaired by drugs when she crashed the vehicle through a guardrail and bounced off a retaining wall into the reservoir. The children, who are siblings, were taken to the hospital and released, without injury, to their parents.

Police say Hoerl was found to have concentrated cannabis and Adderall and placed under arrest. She was charged with two counts of felony DWI under Leandra’s Law (which makes driving under the influence an automatic felony when anyone age 15 or younger is in the vehicle), one count of driving while impaired by drugs, two counts of criminal possession of a controlled substance and two counts of endangering the welfare of a child.