Inspired by the community-driven production of Our Town at the 2016 Hudson Valley Shakespeare Festival, Liz Dahmen formed a group called The Middle Company for people to connect and create through acting and writing.

But when Dahmen, who lives in Poughkeepsie, moved Middle Company there (it is now called Hudson Valley Performing Arts Laboratory), many Philipstown members found they couldn’t commit to traveling an hour north.

Three of them — Lourdes Laifer, Laura Danilov and Tara Vamos — created their own Middle Company satellite called the Expansive Theater Workshop, which is now independent and hosts weekly writing and acting workshops to provide a “safe space for people to express themselves,” says Laifer. 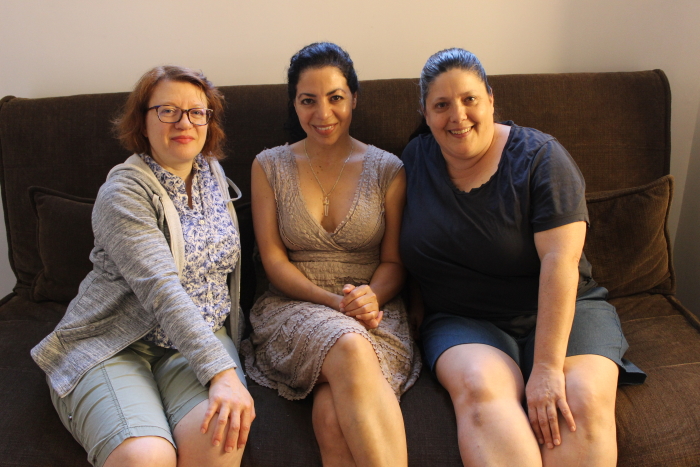 The workshops take place on Wednesdays at 7:30 p.m. at Create Community in Nelsonville, which provides the space at no charge, and alternate each week between acting and writing. After every six sessions or so, participants show or share their work. (At the next gathering, on July 31, participants will read a play by Danilov called Ouija.)

“Part of the reason we wanted to hold the workshops in Philipstown again was because it seemed to lend itself to the accessibility that is at our core,” Laifer says. “This is all about coming when you can to a place nearby. Come for a few weeks, miss a few, it’s all fine.”

Adds Vamos: “Being able to do this for free takes off the layer of stress for many people. I was excited about having space to explore acting, to have fun in an open-spirit environment that encourages experimenting.”

The acting sessions begin with warm-ups followed by ensemble exercises and, at times, improvisations. “Theater games are all about dropping that wall we walk around in and connecting with others,” Danilov explains.

The writing workshops “start by sharing: how we did over the past couple of weeks, our goals, our inspiration,” Laifer explains. “We use timed prompts, and there’s an opportunity to share what you’ve written. If you just want time and space outside of your home to write, that’s fine, too. And you can opt to have your stuff read by others, informally or at a table read.” 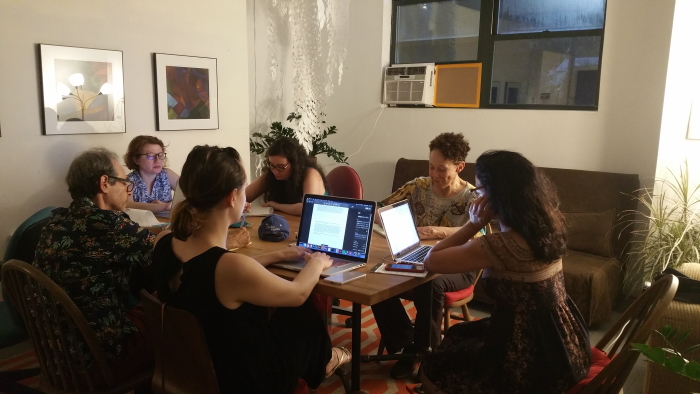 The three founders have varied backgrounds in the arts. Danilov received a bachelor’s degree in theater from UCLA before moving to New York City and then Cold Spring to raise her family.

Laifer was a model and actor in New York City before motherhood and a move, 10 years ago, to Cold Spring. “I made a conscious decision to be a full-time mom,” she recalls. “Now I feel so grateful to be able to participate locally, though it took me a while to even consider auditioning; it was terrifying.”

Vamos did performance-art pieces and non-traditional theater, including improv, before she had a child and became a practitioner of Feldenkrais, an exercise therapy. “I went to see The Middle Company’s production of Antigone,” she recalls. “I like the idea of working on the nuts and bolts of acting, and I like being with other people, period.”

The Expansive sessions, which began a few months ago, have attracted as few as four and as many as 16 people. “Our name means to be able to grow and have a space to become more free in,” Vamos says. Adds Laifer: “Part of it is so much of our life is about the roles we play. For me, the expansiveness is the freedom to take a break from that.”

Create Community is located at 11 Peekskill Road, with the entrance and parking on Pine Street. Email [email protected] for information.