Soul Mouth pushes bands that play their own music

“Imitation is the sincerest form of flattery” isn’t an adage that sits well with Jason Gisser, at least when it comes to bands. Gisser grew up in Westchester County, where he says he witnessed the slow demise of original bands, something he hopes to reverse.

He plans to soon launch Soul Mouth, an online radio station and digital magazine (and eventually a record label) to support original bands in and beyond the Hudson Valley. 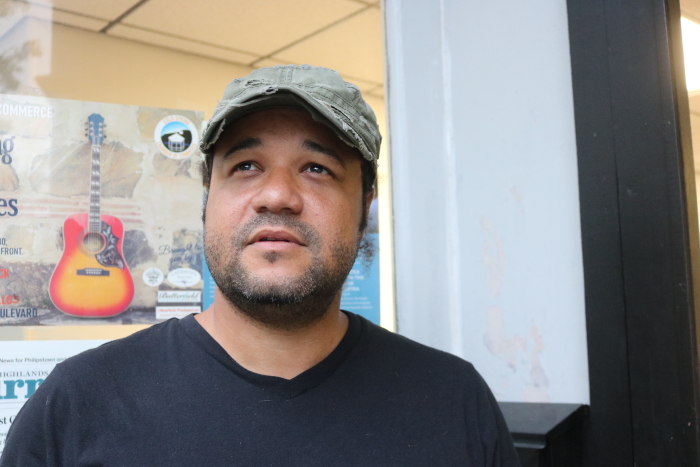 The musical road to Soul Mouth was long and winding.

“In my teens and 20s there were a lot of original bands playing in Westchester,” including big names such as Twisted Sister, says Gisser, 47. Bars were packed, with lines out the door, he recalls.

Some of the bands heard on Soul Mouth Radio: Talking Machine, Rosie Dias, The Heavy Howl, Hayley Jane & The Primates …

But that changed when bar owners didn’t have time to preview all the bands and started booking almost any act that came along. “Some were great,” Gisser says. “Some were not.”

The not-so-great music led to an exodus of customers and bar owners began asking bands to play hit songs, which pleased audiences. As a result, Gisser says, cover bands proliferated. “They all started to sound the same and many owners moved to DJs.”

Gisser says the situation improved when he moved to Wappingers Falls a few years ago. His group, The Jason Gisser Band, began playing regional music festivals. He realized that, outside Westchester, original music was thriving. At festivals, he says, it would be all original music by “amazing bands” with “4,500 people showing up, from all over the country” to listen.

Gisser wants to tap that talent. He envisions a record label that eschews the shortcomings he had experienced. “Our band was signed by an independent label; they did nothing for us,” he says. “They took the music we already had recorded, put it up for distribution, and we gave them 50 percent of everything.” The label provided no marketing, merchandise, studio time or tour support, he says.

A major label also offered Gisser a contract, based only on “the numbers” — audience size and air time his band was getting on the radio. “I asked the guy what his favorite song was on our album; he said he liked them all,” Gisser recalls. When pressed, the label rep said he didn’t need to listen to the music: the numbers were enough.

Gisser was amazed that the “unbelievable” original bands he was hearing at festivals were largely unknown. He imagined a radio station featuring their music, with advertising revenue going toward a recording label. He also envisioned a digital music magazine to highlight the bands and generate more ad revenue.

Soul Mouth Radio made its debut online in April. (The official launch is Aug. 12.) It broadcasts 461 songs by 70 bands, with another 71 songs ready to go, Gisser says.

While mainstream radio has become segmented by genre and even subgenre, he says Soul Mouth Radio will continue to be eclectic. “I don’t care what genre the music is; it’s got to have feeling,” Gisser explains. He also insists on high production values. “We want to be sure it’s the full package,” he says.

His concept for a magazine, scheduled to debut in September, is just as demanding. In the 1970s and 1980s, publications such as Rolling Stone, Creem and The San Diego Door were “brutally honest,” Gisser says, while some music magazines now have the bands write about their own music. “We want to be the brutally honest magazine,” he says.

Initially Gisser planned to focus on Hudson Valley bands but word has spread and groups from Boston to Russia are now part of the radio mix. He says his immediate challenge is to build a listener base to produce more ad revenue. Supporting a record label will take a while, but “slow and steady wins the race.”

For now, operations, are funded from his pocket and revenues go back into operations. Bands pay nothing to have their music broadcast, although he says they often donate to support Soul Mouth’s growth. Cold Spring resident Lauren Simonetti assists with marketing that includes a website at soulmouthrecords.com, social media and QR-coded stickers. Bands and advertisers can email [email protected] for information.

One thought on “The Hudson Valley Sound”