Professor John Charlouis announced that, if he could get enough pupils, he would open a private boarding school in the village for local and foreign students, with a $10 fee per term for English, $8 for piano, and $6 for French, drawing, painting and students ages 9 and younger.

The roof of the old yellow house by the cemetery bridge burned off after it was hit by an errant firework that fell on the side nearest the brook.

Addison Merrick reported he had harvested eight bushels of strawberries from his patch, which measures 47 by 30 feet.

On a Monday at noon, Barney Clinton showed up at the Cold Spring train depot and attacked the baggage master, James McAndrew, over a longstanding grudge. At court the next day, Clinton made so many threats that he was sentenced to 60 days in the county jail. After sentencing, Clinton punched the officer who attempted to handcuff him in the face. Later that day, while McAndrew waited at the station to assist the officer in taking Clinton to Carmel, a man named John Dillon snatched the small pistol that McAndrew was holding. It discharged, sending a bullet through the sleeve of Isaac Delaney’s coat and drawing blood. Ironically, the pistol belonged to Delaney, who had loaned it to McAndrew to use while transporting Clinton.

A cherry tree 6 feet in diameter was cut down between Fair and Church streets. It had been planted when there was only one house on the north side of Main.

The daughter of James Monroe nearly burned down her father’s paint shop after playing with matches in the attic.

A resident standing at the News Depot, after watching a rider gallop his horse down Main Street with his arms outstretched, commented: “Any man who drives like that, downhill, is a damned fool.”

Isaac Serrine, who was often seen walking feebly around the village, was struck by a train and killed at Garrison’s.

John Hunt, who had left Cold Spring a few weeks earlier, was pulled from the wreckage of a collision on the Erie Railroad about 16 miles west of Port Jervis between an express train from New York City and a freight train. The express derailed and caught fire, killing nine people.

A snake measuring 5 feet and 8 inches was discovered in David Hustis’ hennery. When removed, it disgorged an egg. Meanwhile, E.A. Pelton reported that one of his hens laid an egg that had another egg, with its own shell, inside.

A party of 152 people disembarked at the Cold Spring dock from the Magenta on a Sunday afternoon, brought to what the boat’s owners hyped as “the new Iona Island.” After two hours of wandering around, apparently disappointed, the visitors packed up their lunches and returned to the dock. The next week, however, 175 passengers disembarked, made their way to Kemble’s grove for a picnic and seemed to enjoy themselves.

The chapel of St. John-in-the-Wilderness, in Garrison, which had been closed for 10 years, was re-opened. The wilderness had long ago been cut away.

The lumber for the construction of J.Y. Mekeel’s house on Church Street was unloaded at the dock. A boatload of crushed stone also arrived to repair Market, Garden and Church streets.

A three-deck, 172-foot houseboat owned by the tobacco magnate Pierre Lorillard IV passed by the Highlands on its way to Albany with 40 passengers. The Caiman’s deck was filled with plants, including pineapples in hanging baskets, and its figurehead was two life-sized wooden alligators. 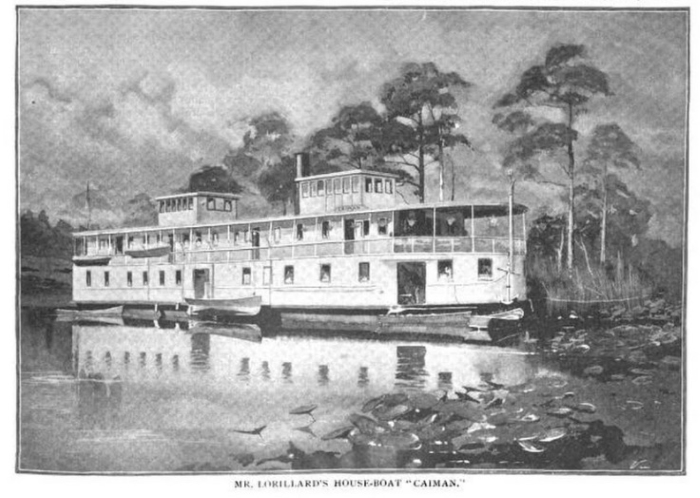 Two children of Mr. and Mrs. John Bride, who resided in a cottage at the entrance of the Kemble property on the Boulevard, died in the same week of diphtheria.

Edgar Hustis finished clearing the muck and brush in the burial ground on the east side of the back of the Town Hall.

John McElrath and Benjamin Lewis, both 14, were arrested on charges of stealing six rabbits from Willis Barrett. Four animals were found in their possession and it was suspected the other two were cooked.

A tramp who snuck into the carriage painter’s shop after dark looking for a place to sleep chose a freshly varnished coach and was easy to spot the next day.

William Fuller & Co., under contract with the village, began curbing Garden and Pine streets and paving Main Street between Stone and Fair.

The crane on the 10:46 a.m. train caught the mail bag but for some reason dropped it near Breakneck. It was returned and set up for the evening train.

Residents complained that young boys and men were bathing in Foundry Pond.

A line of clothes hanging to dry was consumed by a fire from the cook stove that was heating the water for washing.

A horse and wagon stolen in Newark was recovered in Garrison.

The late Sgt. George A. Casey was awarded the Distinguished Service Cross for heroism by Gen. John Pershing. 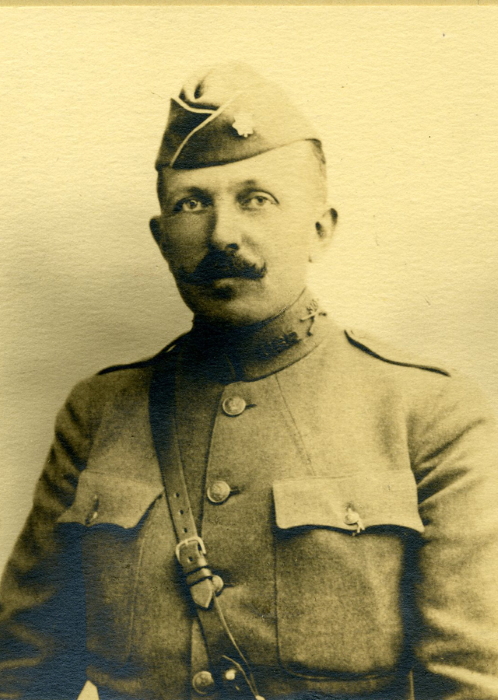 The estate of Clarence Fahnestock, who died in 1918 of pneumonia while serving in France, was valued at $4.5 million [about $66 million]. He was thought to be the wealthiest American to give his life during the war. His 6,000-acre property in Putnam Valley went to his brother and later became Fahnestock State Park.

Willet Selleck was killed on the state road while returning from Peekskill when his auto overturned. His passenger, Isaac Welch, was pinned on his back with both arms beneath him but survived and managed to call out in the dark to the driver of a passing truck. Selleck was survived by his wife and three children.

Duncan Phyfe contributed a lengthy memoir to The Cold Spring Recorder of his time as an ambulance driver in France during the war.

The 6-year-old daughter of Mr. and Mrs. Augustus Brewer died of lockjaw after stepping on a thorn.

Lt. Gertrude Nolan of the U.S. Army Nursing Corps, the daughter of Bernard Nolan of Church Street, was shown in a photo in the New York Daily Mirror caring for wounded soldiers somewhere in France.

The Cold Spring Fire Co. was called to the Odell residence on Main Street at 8:30 a.m. on a Sunday morning when an oil stove exploded.

The Haldane school board chose Kenneth Logan as its president and adopted a budget of $119,793 [about $1.7 million].

The Philipstown Council announced it would give a $200 prize to the local, civic or church organization “that has done the most effective job of developing the character of young people” during the previous school year.

Four Cold Spring boys — John Fitzgerald, Arthur Sutton, Timothy Fitzgerald and Kevin McConville — were credited with rescuing some boys from Surprise Lake Camp who cried for help after becoming lost in the woods.

After voters defeated a proposed budget, 231-225, for the third time, the Garrison school district announced it would operate under an austerity budget. In a later vote in which the district asked residents to decide on each of 12 “non-austerity” items such as textbooks, cafeteria service, library books and sports, all were defeated except funding for transportation.

The Haldane school budget was defeated, 152-122, although voters approved the purchase of two buses and two station wagons, 89-51. The school board decided to put the same budget to a vote again in August. In a letter to the editor of the Recorder, a writer said: “Landowners have been taxed unfairly for years, but have finally begun a rebellion,” suggesting that residents who didn’t have school-aged children should pay less.

Eoin (John) McKiernan, a former Cold Spring resident and the founder of the Irish American Cultural Institute, was awarded an honorary doctorate by St. Paul Catholic liberal arts college in Dublin, along with the prime minister of Ireland.

Late on a Sunday evening, someone threw rocks through 50 panes of glass at the Omega Chemical Co. plant on Kemble Avenue.

Friends of Bill Farrell threw him a farewell party at First Presbyterian Church before he moved to Connecticut to live with his son. Farrell moved to Cold Spring in 1968 as the national sales manager for Marathon Battery, then took over The Country Store on Main Street in Nelsonville.

A Marlboro man was charged with stealing urns from the Cold Spring Cemetery. The man apparently took the urns to Newburgh, where the police department questioned why he had them and notified the Putnam County sheriff.

Marge Holderman, the principal of Haldane Elementary, said she would resign to take a job as the interim principal of Putnam Valley Junior High. Superintendent Joanne Marien and High School Principal Geraldine Paige had told the district earlier that they, too, were leaving for jobs in Somers and Croton, respectively.

About 100 members of the Mazzuca and Merante families held a family reunion over four days that ended at the Dockside Restaurant in Cold Spring.