I love the concept of Beacon’s Tiny Food Pantries, which are located outside the Recreation Center and in the Howland Public Library. If you need something to eat, take something. If you want to help out a neighbor, leave something.

Recently I brought home a few things from the Rec Center pantry, not because I was in need, but because I was disgusted — a bag of expired flour with worms in it, a box of store-brand onion soup mix along with yellowed packets of generic seasoning mix and a rusty can of jalapenos from circa 2014. Also, a giant bottle of hot wing sauce that went off in 2013, just like the can of poppy seed filling I found after the holidays. 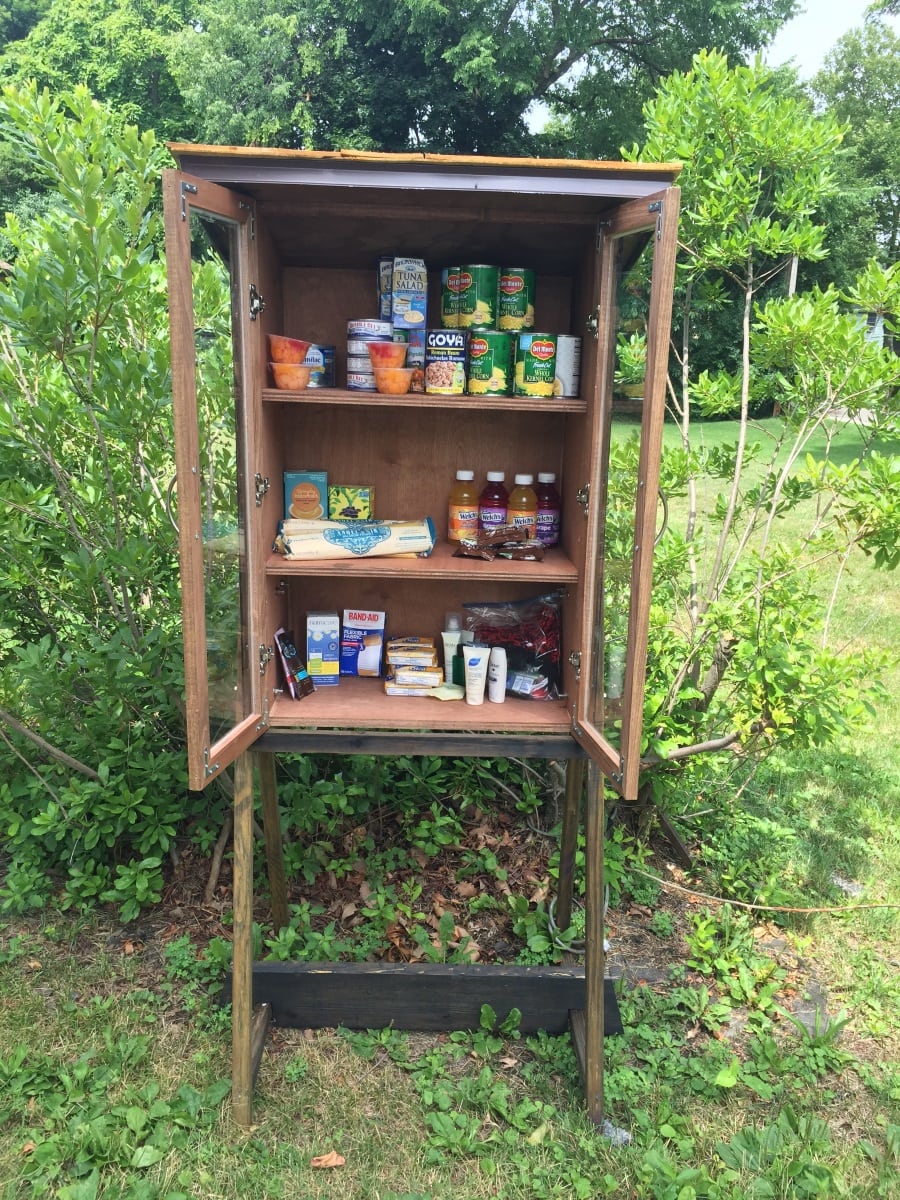 In the past I would at least recycle the cans after dumping the contents, but I still have nightmares about the 12 cans of coconut cream I brought home last fall that had petrified into yellow-tinged rocks. That’s a scent that stays with you longer than Chanel No. 5.

I put up a sign about a year ago that reads, “Please, no expired food, thank you.” Boy, was that effective! It destroyed the notion that this food was being left because people didn’t realize what they were doing. I’ve spent a lot of time over a lot of years volunteering at soup kitchens and food pantries — people who do this know what they’re doing. And it’s time it stopped.

One day, out of too many days like it, as volunteers at a pantry in New Jersey were complaining as they weeded expired food out of the donations, an oafish, conscripted husband carrying in a crate decided he was putting an end to the matter by bellowing, “Beggars can’t be choosers!” Think about the savage mentality and perspective of someone who can say a thing like that about leaving rotten food for his fellow humans, especially when he has been blessed with the ability to give, rather than burdened with the need to receive.

Like all of our societal cruelties and idiocies, this contempt for people in need is borne out of fear. Poverty in any incarnation is terrifying — that’s something we all share. How we handle that as individuals is another matter. If it makes you feel better about yourself to show your contempt for people who haven’t caught the break you have, you have a problem. No need to make it someone else’s. Keep it to yourself, along with the unwanted remains of that gift basket from 2015.

So many seem to view those in need as some alien species to whom they can’t relate. It helps to remember that some people live in residential hotels or rooming houses and only have access to a microwave or maybe a clandestine hot plate. Many are elderly or disabled and just can’t handle anything beyond a microwave, toaster oven or a single aluminum pan on a stove top.

Please, don’t forget those on the street. Cans of beans and bags of rice won’t help any of them, or even every family. Countless people work two and three jobs just to keep a roof over their heads and don’t have the time, energy or presence of mind to cook anything involved. If you can afford it, toss an extra item in your cart, virtual or otherwise. Yes, organic or reduced salt, sugar or fat items are great. But a can of stew, soup, hash, chili or pasta is a comforting, filling, hearty meal that’s easy to prepare. Fresh and shelf-stable fruit and vegetables are a great idea, as well as granola bars.

Giving things that show you have some understanding of what your neighbors are dealing with shows respect, expresses camaraderie, and acknowledges that there, but for the grace of God, or whatever your belief system allows, go I. We’re all seeing where divisiveness leads. Perhaps it’s time to try something new.

One thought on “Letter: Pantry Rules”