Tracey Walsh, a lifelong Carmel resident and former executive with the American Cancer Society, is the latest director of tourism for Putnam County. 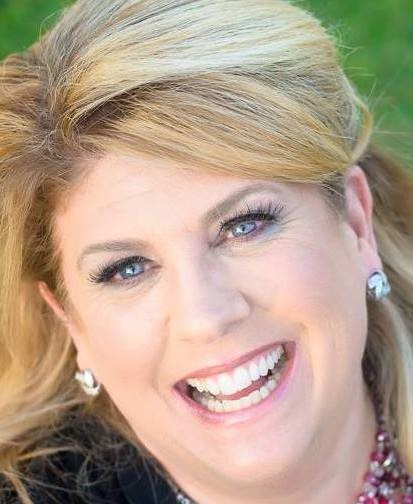 She is the fifth person to hold the job since County Executive MaryEllen Odell took office, following the departure of Valerie Hickman in 2012, the resignation of Libby Pataki in 2016 after an investigation by the state attorney general, and the departures of Frank Smith in 2017 and, most recently, Bruce Conklin in June when the nonprofit Putnam County Visitors’ Bureau unexpectedly disbanded.

The county Legislature on Tuesday (Aug. 6) voted unanimously to establish its own Department of Tourism rather than fund another nonprofit. The Visitors’ Bureau board said its decision to close came after its members saw a help-wanted ad placed by the county looking for a new tourism director.

The appointment of Walsh does not yet need to be approved by the county Legislature, according to County Attorney Jennifer Bumgarner. Because legislators last week voted only to approve a budgetary amendment, Walsh was hired as a regular county employee, not as tourism director.

However, the Rules Committee on Aug. 13 will be addressing a charter change to officially create a Tourism Department, which would be overseen by the tourism director, “who shall be appointed by the county executive subject to confirmation by the County Legislature,” according to the resolution.

Although Legislator Nancy Montgomery (D-Philipstown) voted on Aug. 6 with her colleagues to create the Tourism Department, she said on July 23 she was not comfortable moving so quickly to hire a director who would answer to Odell.

On Aug. 6, Montgomery said that while she supports the change of course for tourism in Putnam, she will be watching closely to see that all municipalities in the county receive their fair share of funds. “I do think this is a better solution” than having an outside agency handle tourism promotion, she said.

Odell and other county officials said Conklin, a Putnam Valley native, was ineffective. The Visitors’ Bureau board said it was more than happy with his performance. The Legislature also complained that the board was not responsive to its questions about the organization’s finances.

Tourism generates $63 million annually in spending in Putnam County, according to the most recent report compiled for New York State by a firm called Tourism Economics. The industry employs about 1,400 people and generates $4.6 million in sales tax annually. Tourism revenue grew 6 percent between 2015 and 2016 but only 1 percent the following year. The latest data, for 2018, is expected this month.

The Legislature budgeted $227,000 in funding for the Visitors’ Bureau in 2019 which, with the state money, made up nearly its entire budget.

Walsh, a Carmel High School and Syracuse University graduate who spent the past nine years at the American Cancer Society, most recently as senior community development manager, brings “deep knowledge of the county and a clear vision for its potential,” said Odell in a statement. “Sometimes the perfect person is someone close to home.”

Odell appointed Walsh on Wednesday, the day after the Legislature’s vote. She will earn $80,000 annually.

“We can do better at tourism and I think we will,” said Joseph Castellano (R-Mahopac), who chairs the Legislature, in a statement. “It will be better to have a Putnam County employee that will be able to attend our meetings and listen to our concerns and hopefully we can point this person in the right direction.”

Walsh said in a statement that she plans “to leverage the county’s assets — five Metro-North stops, unique shops and restaurants, active community arts groups — to lure day-trippers and more to Putnam. This county is a gem. Tilly Foster Farm is a jewel. The Great Swamp is a birder’s paradise. Cold Spring offers a vibrant Main Street. From hiking to history, there is just so much here.”

Like the nonprofit before it, the county Tourism Department will be funded by county funds and a matching $68,000 grant from the state’s I Love NY campaign. The Legislature transferred the state funds to the department immediately after its vote on Tuesday to establish it.