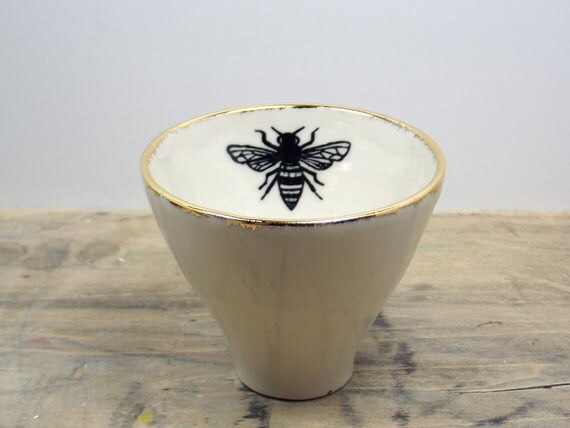 Faith Adams’ face lights up when she spies window shoppers, drawn to a display of her delicate teacups, peeking inside the rims and finding her drawings of a bee, beetle or dragonfly.

“There needs to be something subversive going on,” Adams says of her art.

Adams adds her creatures — all native to North America and most threatened or endangered — to other ceramics, including saucers, bowls, plates and teapots. But her favorites are the bees.

The artist’s work, which includes wall plates and other objects, will be on display during Swarm, a month-long solo exhibit at the bau Gallery in Beacon that opens with a reception from 6 to 9 p.m. on Saturday, Aug. 10. 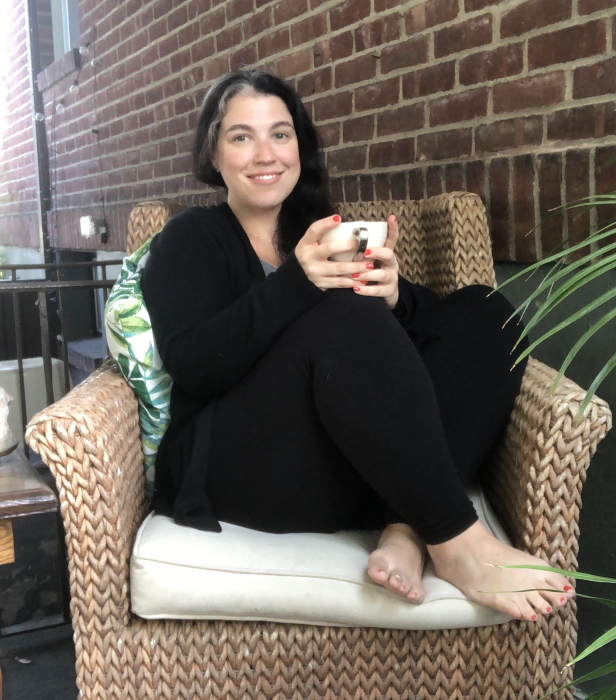 Adams grew up in Stormville, where she painted and drew in high school but balked at attending art school, in part, she says, because a teacher consistently criticized her work.

“There was so much pressure on me to be an artist,” she recalls. “I got to my senior year and kind of choked. I just didn’t know if I wanted to do it. I went to Dutchess Community College, where I studied philosophy, literature and art history. I also studied in Italy, learning how to write and do research. I learned about art instead of making it. I was great at dinner parties talking about art!”

As part of her art history requirements, Adams had to take two studio classes. She chose ceramics and wound up signing up for every ceramics course the school offered. “I had never gotten on a wheel before,” she says. “But I was able to center a one-pound piece of clay in about a half-hour, which is pretty good.”

While still enrolled, Adams was hired as a technician in the ceramics studio, where she “learned to run a kiln, mix glazes, keep the studio clean.” She was also double majoring in business and learning accounting. “My brain was exploding from the numbers, so I’d go into the studio. I still find it a good balance.” 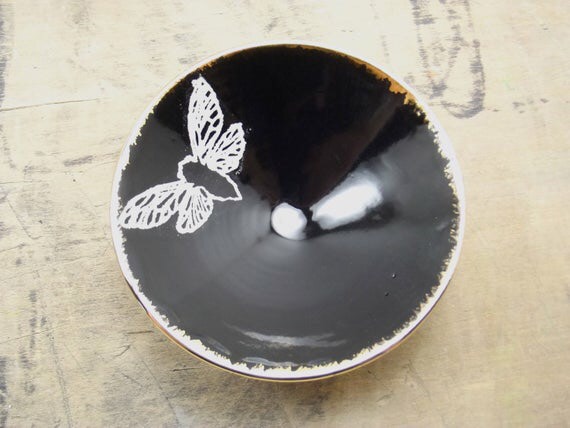 She recalls that at the time she was not “working on an aesthetic” but focused on technique. “Clay is always teaching you,” she says. “It never lets you get high and mighty.” After graduating from DCC, Adams moved to Beacon.

“I hung out a lot at Chthonic Cafe, became a bookkeeper, had quite a few clients,” she says. She also worked on her artwork and eventually rented a studio. “For the first six months I didn’t make anything,” she says. “I knew what I had to do but not how to do it.”

Adams says she has always felt a connection to bees. Her favorite explanation for this is “the Greek belief that bees transported the soul to the other side. At the time, I had lost a couple of family members, so it resonated. Also, of course, their significance to the environment.”

While Adams has sold hundreds of her five-ounce teacups through Etsy to buyers around the world, the process can be repetitive and she was eager to create gallery pieces. “There were some great victories and some horrible, horrible disasters,” she recalls with a laugh. “I was going to do 30 wall-hanging plates. I’ve made them before but infrequently. I lost eight plates in one firing cycle.” 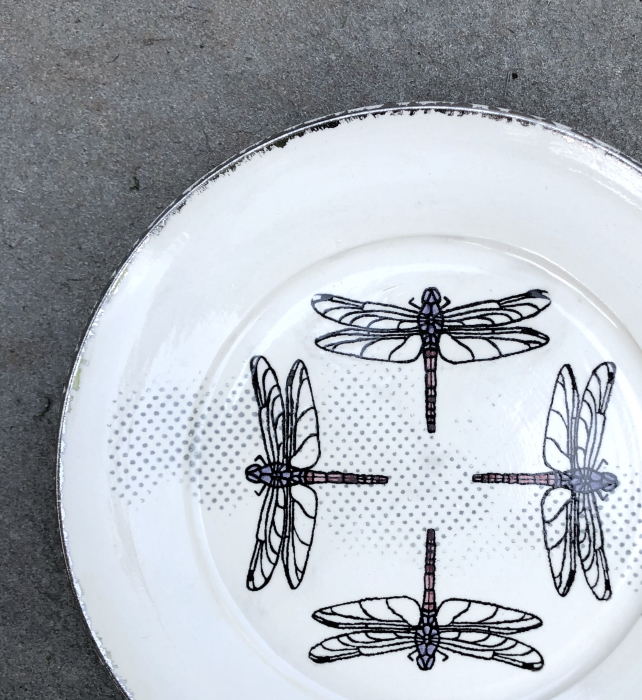 She took it in stride. “Your pottery can’t be precious; you can’t invest everything in one piece because it might have a defect,” she explains. “The thing about pottery is making it, not the finished result. Making works for this show brought me back to that. After 15 years, you become precious about it because you have less fails.

“I never lose work in the luster cycle normally. I lost three bowls this time. The form is schooling me in its weaknesses. Rushing and not thinking led to most of the mistakes. Ceramicists are stubborn, in a good way. They’re determined people; I certainly am. We make messes, clean them up, go back in and figure it out.”

The Beacon Artist Union gallery, at 506 Main St., is open from noon to 6 p.m. on Saturdays and Sundays, or by appointment. Call 845-440-8089. Swarm continues through Sept. 8. The gallery also will open a show on Aug. 10 called Arborealis by Cali Gorevic of Philipstown of her black-and-white photos of trees.