He was born on July 12, 1967, in Beacon, the son of John and Margaret (Peggy) Cataldo. He graduated from Beacon High School, attended Dutchess Community College and moved to Manhattan to work as a bartender in upscale restaurants such as Match Uptown and L’Artisanal. He was the longtime bartender at Sushi Samba before moving back to Beacon. In recent years he worked at the restaurant at the Beacon Hotel.

His family remembers that even as a boy, Chris was a sweet and gentle soul. He was highly intelligent, and had a sly, lightning-fast sense of humor. The number of messages on his Facebook page are a testament to his generosity, impact, and spirit, according to family members.

A memorial service will be held on Saturday, Aug. 10, at noon at the Beacon Hotel 424 Main St. In memory of Chris, do an unsolicited act of kindness for someone less fortunate in his name.

He was born in Jersey City, New Jersey, on March 18, 1930, the son of John and Frieda (Luty) Klink. He graduated from the Newark College of Engineering and served in in the U.S. Air Force during the Korean War and was an electrical engineer at IBM East Fishkill until his retirement in 2001.

On July 1, 1956, in Queens, he married Joan Michel. The couple moved to Fishkill in 1964. Thomas was a member of the American Legion in Beacon and avid reader and history buff.

Besides his wife, he is survived by his children, Joan Amendola (Anthony) of Wappingers, Karen Newhard (Michael) of Hopewell Junction and Laura Moody (Scott) of Hopewell Junction, as well as six grandchildren — Joseph, Anthony, Matthew, Emily, Stephen, Megan and Racheal — and a great-granddaughter, Mackenzie.

A graveside service was held on Aug. 9 at Fishkill Rural Cemetery. 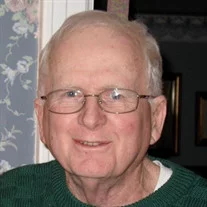 The Rev. James Joseph Quinn, 86, a longtime resident of Beacon and formerly of Newburgh, died Aug. 4, 2019 at his home.

In addition to his wife, he is survived by his children, Kevin Quinn (Joan) of Garden City, New York, Valerie Rossi (James) of Wappingers Falls, Mary  Benecasa (Joseph) of Lagrangeville, Brian Quinn (Anne) of Arlington, Virginia, and the Rev. Sean Quinn (Tiffany) of Barton, Vermont, as well as 16 grandchildren and four great-grandchildren.

A funeral service was held on Aug. 9 at the Riverview Funeral Home in Beacon, with interment at Fishkill Rural Cemetery. A memorial service will be held on Saturday, Aug. 24, at 3 p.m. at Faith Assembly of God, 254 Spackenkill Road, in Poughkeepsie. Memorial donations may be made to the Walter Hoving Home (hovinghome.org).

Born in Cold Spring on July 19, 1959, she was the daughter of Raymond and Laura (Armsheimer) Bailer. She graduated from St. Mary Mother of the Church Elementary School in Fishkill and Beacon High School, where she was a member of the basketball and cross-country teams.

She also studied nursing at Dutchess Community College and worked at Craig House in Beacon before moving to Florida in the late 1980s. There, she was an aide at the V.A. hospital in Tampa.

Janet loved nature and the outdoors. She enjoyed hiking, swimming and fishing.

A Mass of Christian Burial will be celebrated at St. Mary Mother of the Church in Fishkill on Monday, Aug. 12, at 10 a.m., with interment to follow at Fishkill Rural Cemetery.