A race that follows the boundaries of redlining

Spend enough time journeying through a place, and patterns start to emerge. Those patterns lead to questions, such as: Why are the trees darker over there?

Questions lead to answers. The trees are darker because of an underground stream.

What seemed random is revealed to be the result of largely invisible forces.

Cities are also shaped by patterns. Like an underground stream, some are not readily apparent but can impact lives for generations. With a little curiosity and sweat, these patterns can become clearer.

Which is why last Saturday I found myself in Poughkeepsie with a soggy map in the pocket of my running shorts that traced the outlines of a real-estate report from the 1930s. It was created at the behest of the federal government and alerted investors who might make civic improvements or offer affordable mortgages that “there are some Negros in the neighborhood of Conklin, Catherine and Garden streets.” 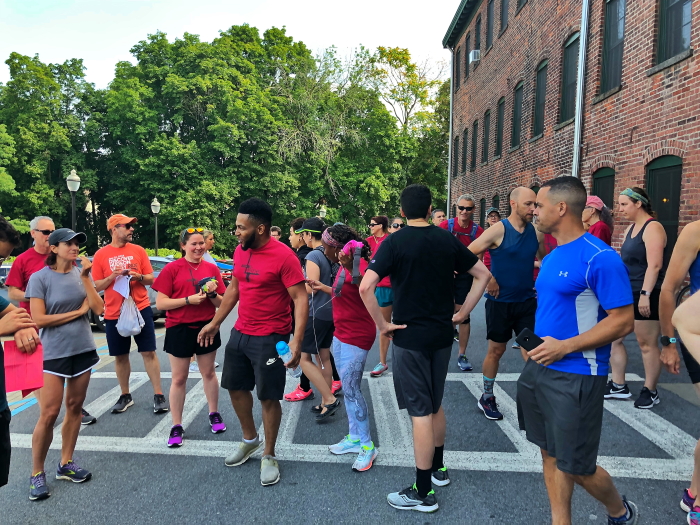 The starting line at last weekend’s inaugural Run the Redline race in Poughkeepsie (Photo by B. Cronin)

In the inaugural Run the Redline event, a group of runners, myself included, circled the 4.1-mile boundary from that map to raise awareness of the racism that shaped the city and still exists in many forms. There were no medals or timers. In fact, nearly half the runners missed the start because they were inside the renovated Poughkeepsie Underwear Factory getting coffee when someone yelled “Go!”

To encourage people to buy homes during the Depression, the federal government set out to make mortgages safer and more affordable. To persuade stressed banks to make loans, evaluators created maps in which neighborhoods were color-coded based on how “safe” they were for investment. 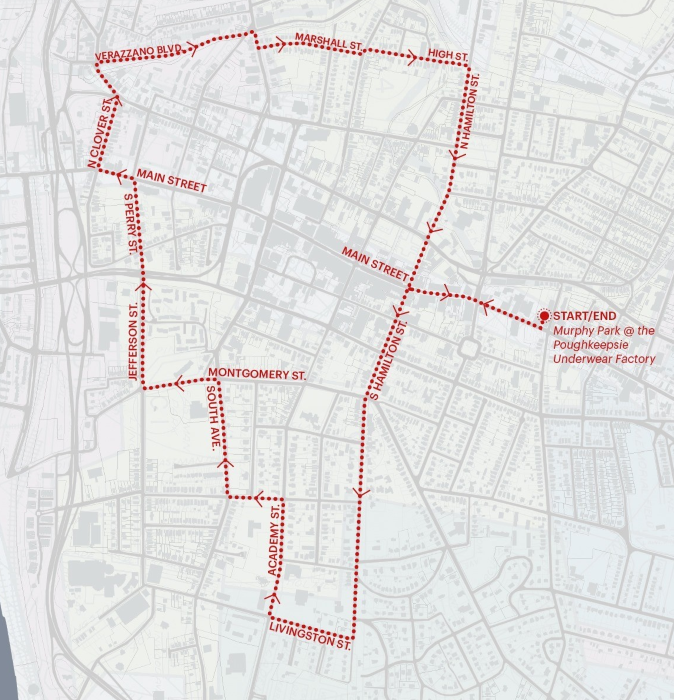 The Run the Redline route map

That was the “redlining” that allowed white families to own homes, build equity and amass inter-generational wealth. The factories and dumps went into the yellow and red zones, along with the highways, which acted as a wall. Think of the location of the highway through Poughkeepsie and how it discourages travel from the north to the south side.

Green and blue neighborhoods flourished; yellow and red decayed. The results are apparent in any metropolitan area.

“We are conditioned to think of each other in terms that are stereotypical,” said D. Jen Brown, a Poughkeepsie lawyer, before the race. “We say: ‘The people on the north side just didn’t try as hard as we did.’ ”

Sarah Salem, who works for Dutchess Outreach and serves on Poughkeepsie’s city council, said organizers were inspired by a “gerrymandering race” in North Carolina in which participants ran the convoluted lines that separate congressional districts in Asheville. In Poughkeepsie, they decided to follow the boundaries of the red and yellow zones from the 1930s map, with some detours into the green zone.

“We hope that people start to think about neighborhood decline and the reasons for it,” Salem said. “It was not a naturally occurring event.” 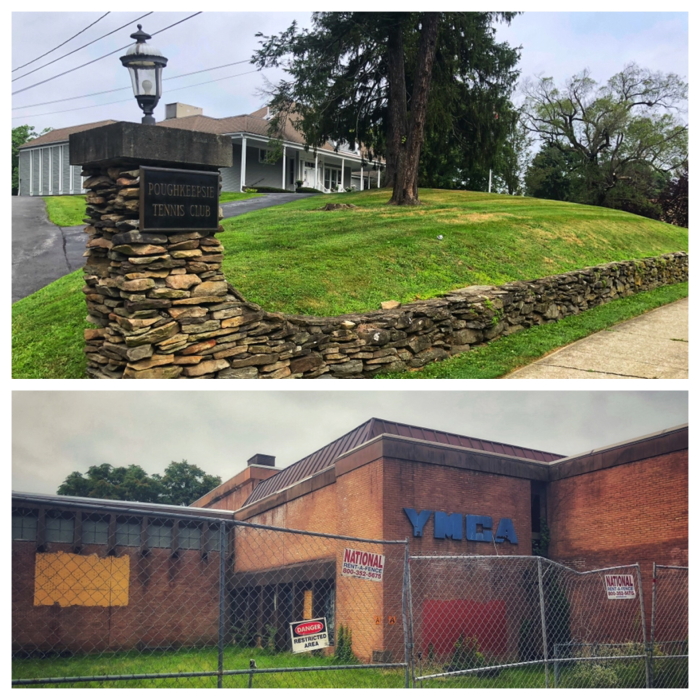 “If the public and lawmakers can come together and acknowledge that local governments segregated our metropolitan areas deliberately, we can open our minds and consider how those same federal, state, and local governments might adopt equally aggressive policies to desegregate,” said Brown.

I thought about that as a group of us ran out of the green zone to the part of the course that required crossing the arterial. As we waited for the light, a runner from Poughkeepsie caught up with us and bounded across.

“This is Poughkeepsie — y’all can’t just stand there and wait for things to change,” he yelled over his shoulder with a laugh. “You have to keep running.”