A battle is taking place before a federal judge in Cleveland over who should receive the money that the manufacturers, distributors and sellers of prescription opioids are expected to pay to settle hundreds of lawsuits — including by Putnam and Dutchess counties — alleging they contributed to an epidemic by pushing opioid pain pills that they knew were highly addictive.

Counties and cities are wary because, the last time this happened — in 1998, when five tobacco companies agreed to pay more than $246 billion over 25 years to 46 states to settle lawsuits over the medical costs of smoking — most of the payouts ended up in the general funds of state legislatures rather than being spent on public health. 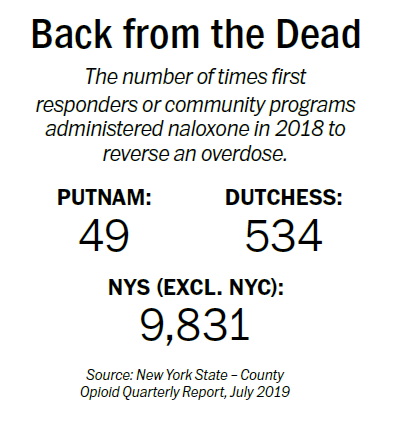 This time around, hundreds of municipalities filed their own lawsuits. That led to the standoff last week in Cleveland, where a judge considered a plea from the attorneys general of 38 states to let them receive the money, while a group of lawyers representing cities and counties argued that any payout should be split among all 33,000 municipalities in the U.S., because all have been affected by the opioid epidemic. 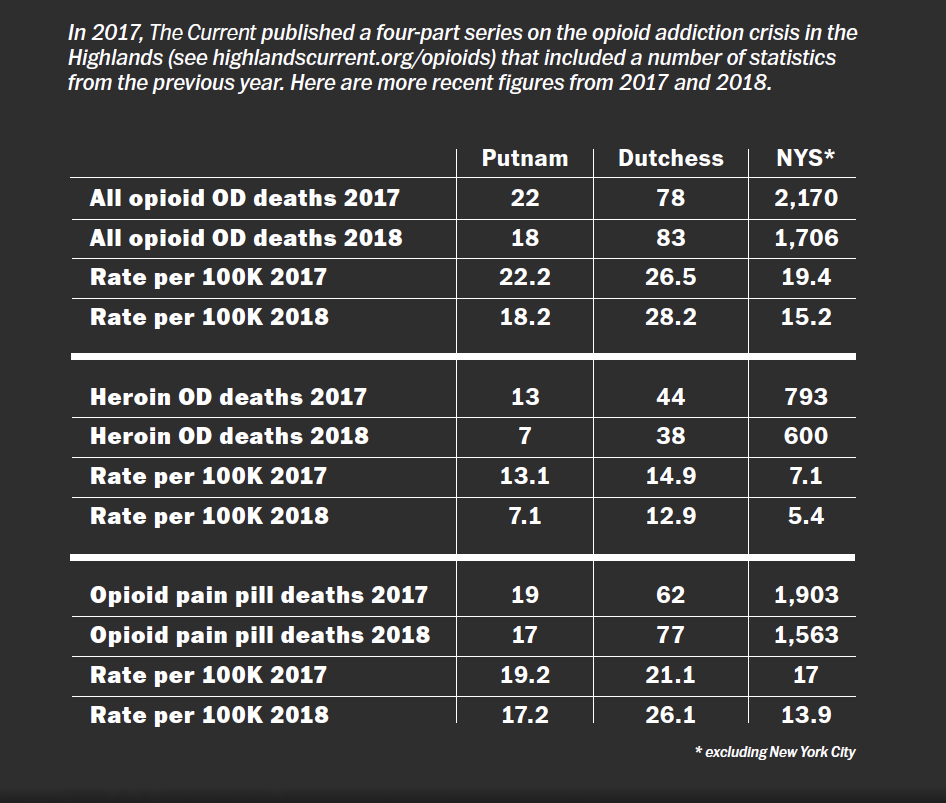 Under a proposed settlement agreement that would exclude the states, 75 percent of the local governments would have to approve the deal. A group of law professors developed a formula for what each county, city, village and town would receive from the settlement based on factors such as population, the number of pain pills distributed and the number of opioid-related overdoses and deaths. About 10 percent of any settlement would go to the lawyers and 15 percent to a fund for special cases.

The figures below show what Dutchess and Putnam counties and local municipalities would receive based on a $1 billion settlement, as well as The Current’s calculations for a settlement that would rival what the tobacco companies agreed to pay 20 years ago, adjusted for inflation. 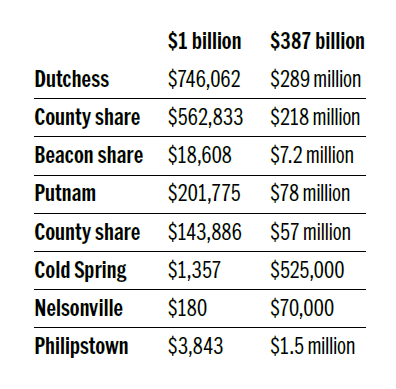 Meanwhile, after a lengthy battle, The Washington Post obtained Drug Enforcement Agency records for 2006 to 2012 that “tracked the path of every single pain pill sold in the U.S.” — more than 380 million — and showed the largest manufacturers, distributors and sellers in each county.

Fighting Back: The Opioid Crisis

One thought on “How Much Is the Pain Worth?”