John was a talented carpenter; one family member said: “If you gave him a pile of wood and a hammer, he could build you a house.” As a child he was usually found riding alongside his grandfather in the garbage truck.

He is survived by parents, Kathy Lombardo and John Hunt Sr.; his sisters, Kara, Melissa and Becky; and his grandparents, Ruthann and Louis Lombardo of Garrison.

A private cremation was held under the direction of Riverview Funeral Home in Beacon.

Patricia Ruzsbatzky, 80, died July 27, 2019, at NewYork-Presbyterian Hudson Valley Hospital with her family at her side.

Pat worked as an administrative assistant at the Garrison Union Free School for 25 years and took tremendous satisfaction caring for the many children and families that passed through her office. She enjoyed skiing, cooking, family camping trips, and traveling with friends. She married Edward Ruzsbatzky, who died before her.

She is survived by her children, Christine Crill (Kevin) of Highland Falls and John Ruzsbatzky (Betsey) of Simsbury, Connecticut; her grandchildren, Casey, Lindsey, Alex, Cami, Kevin and Jake; and her nephew, Ted Turko (Michelle) and his family.

A funeral Mass was held on July 31 at Sacred Heart Church in Highland Falls, with interment at Rose Hills Memorial Park in Putnam Valley. 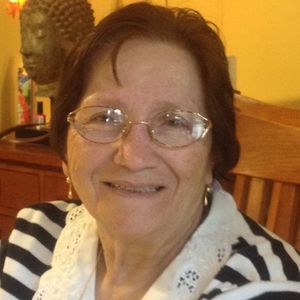 The eldest of six children of Jose and Domingas Gonsalves, she was born and raised in Madeira, Portugal, and came to the U.S. in 1969. She settled in Brockton before moving to Stoughton in 1977. She married Frank Serradas, who died before her.

In 2004, Maria moved to Canton for eight years, and then to Cold Spring. She was a housekeeper at Good Samaritan Medical Center in Brockton and Goddard Memorial Hospital in Stoughton for 14 years.

She also was a member of the Portuguese National Club in Stoughton and found great joy in gardening. Flowers were her passion.

Maria is survived by her children: Airinhos Serradas (Marilena) of Cold Spring and Mary Serradas of Los Angeles, as well as her grandchildren, Victoria and Alex Serradas. She is also survived by two sisters, Dolores Teixeira of Stoughton and Diolinda Dotil of Miami Lakes, Florida.

Funeral services were held on Aug. 16 at the Farley Funeral Home in Stoughton, followed by a Mass at Immaculate Conception Church in Stoughton and interment at Holy Sepulchre Cemetery.