County offers training for the unthinkable

A recent assignment has me thinking about the places I frequent. You’re a fool if you don’t do the same.

I’m not supposed to get emotionally involved with what I write. I try to remain objective about each story, put it behind me, and move on to the next assignment.

That detachment came to a halt last week when I attended Citizen Response to Active Shooter Events, a monthly course presented by a deputy from the Putnam County Sheriff’s Department.

I’ve written about highly charged topics such as suicide, murder, addiction and lethal accidents. I felt sympathy, but I did not happen to be connected to the victims. The stories were not about me.

The three-hour course, designed in 2004 by a team at Texas State University and adopted as a national standard in 2013 by the FBI, teaches participants to prepare for the unthinkable as if it is inevitable, and to always assume a worst-case scenario. It took place on a Thursday night at the Bureau of Emergency Services in Carmel. I was one of nine people in attendance.

Since January, more than 1,200 people in Putnam County have taken the free training, which is funded by a federal grant. Another 900 are registered to participate by the end of the year. Private classes have been held for 14 businesses and organizations, said Sergeant of Operations Matthew Monroe, who led our class. (Ninety percent of mass shootings have taken place in commercial, educational and outdoor settings.) 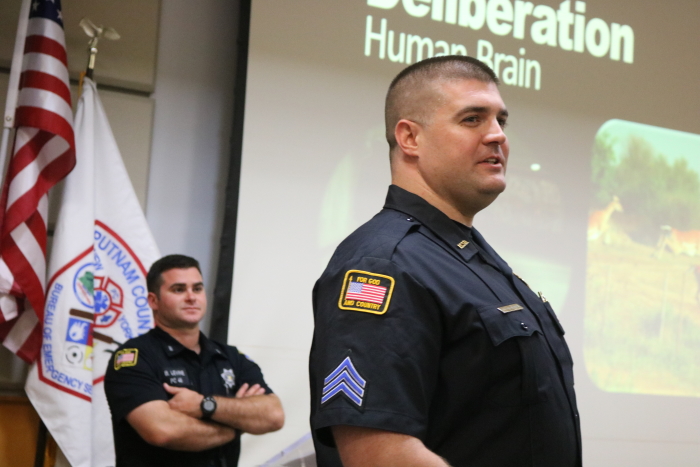 To start the session, Monroe pointed out the emergency exits. If a shooter appeared, he asked, who would help with first aid and who would take responsibility for calling 911?

A bit dramatic, I thought, but the sergeant got my attention when he asked: “Who would be in charge of your safety?”

We all looked at the three, armed sheriff’s deputies. Whew.

Not exactly. While our odds improved by having the officers present, Monroe pointed out that each person would be in charge of his or her own safety, in that classroom and in every other situation in which we find ourselves.

What the hell would I do if someone burst into the room firing an assault rifle? The killings in El Paso and Dayton reminded us how quickly people can die when automatic weapons are involved.

It occurred to me that if a shooter turned up in Cold Spring, I would, without a doubt, know some of the victims. And my name could as easily appear on a casualty list in this newspaper as anyone else’s.

Monroe and his colleagues emphasized the need to be aware of your surroundings at all times, to have a plan, and to execute it immediately.

“Taking immediate action has proven to be the most successful strategy,” Monroe later wrote me in an email. “Any plan executed immediately is better than no plan.”

He cited the 2007 shootings at Virginia Tech in which a gunman killed 32 people. Most of those who died were in classrooms along a single hallway.

In two rooms where students only hid under their desks, 20 died and nine were wounded, he said. (Two were not shot.) 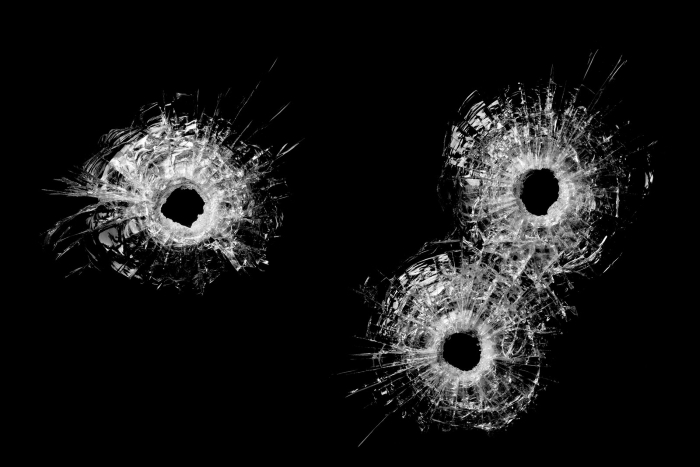 Denial is a natural reaction when gunshots ring out, Monroe said.

In two rooms where students took action, 21 were not harmed, and four were wounded. In one room, as soon as he heard gunshots, professor Liviu Librescu told his students to break the second-floor windows with their desks and jump. Everyone survived but Librescu, who was killed while holding the door closed.

In the second room, where the windowed door could not be locked, students stayed low, out of sight, and used their feet to hold the door. Others flattened themselves along the wall parallel to the door, also out of the shooter’s sight. All survived.

Denial is a natural reaction when gunshots ring out, Monroe said. But he emphasized that you don’t want to lose precious seconds because you don’t have a plan. When a motorcycle backfired in Times Square recently and the sound was mistaken for gunshots, Monroe said pedestrians made the right decision to immediately flee. There were a few minor injuries, but had it been gunfire, denial would have had tragic consequences.

The program urges people to adopt three strategies: avoid, deny or defend, in that order. Avoid by being aware of exits and leaving immediately. If that can’t be done, deny by locking or barricading doors, turning off lights and getting out of sight. And if you must, defend by getting into a position that allows you to attack and subdue the attacker, fight or grab the gun.

I was surprised how the course affected me. It started me thinking, observing and planning.

I’ve since noted the emergency exits in Foodtown. Last Sunday, while sitting at The Current’s booth at the Wine & Food Fest in Mayor’s Park, I planned what I’d do if I heard gunshots. I determined three escape routes, depending on the shooter’s location. I did the same on the Cold Spring riverfront. What would my options be if it became a shooting ground?

Citizen Response to Active Shooter Events is held on the second Thursday of each month at 6 p.m. in Carmel, although Monroe said he hopes to soon alternate them with a Philipstown location. Register at putnamsheriff.com. Organizations can email Monroe at [email protected]