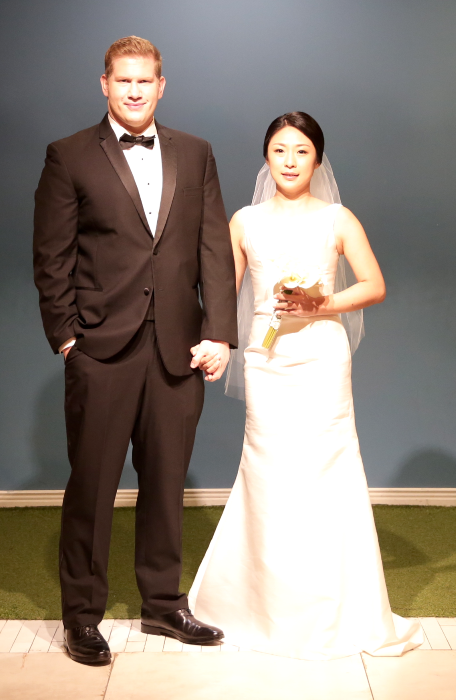 Hyun Kyong Chang and Michael Morgan Prentice were married on July 27 in Seoul, Korea. The bride’s brother-in-law, Daniel Pak, officiated at the ceremony, which combined traditional and modern elements reflecting the couple’s shared passion for Korean history, language and culture.

The bride, a historian and musicologist, is the daughter of Sungkyun and Sookee Chang, of Seoul. Her father is a retired textile executive, and the family lived for many years in Guatemala City, Guatemala. Hyun is a lecturer in Korean Studies at the University of Sheffield. She graduated from Cornell University and received her doctoral degree from the University of California, Los Angeles.

Michael is the son of Nathaniel and Anita Prentice of Garrison, and his paternal grandparents, Anne O. and Ezra P. Prentice, resided in Garrison and Cold Spring. His grandmother’s family first came to Garrison in 1857. His father is the principal of Prentice Investment Management, LLC; he serves on many local nonprofit boards and is a Garrison Fire District commissioner. His mother, a retired teacher, is the board president of the Desmond-Fish Public Library. The groom is a cybersecurity research fellow at the University of Manchester. He received his undergraduate degree from Brown University and his Ph.D. in anthropology from the University of Michigan.

The couple reside in Sheffield, England.