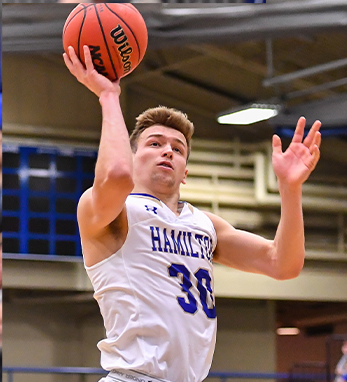 Peter Hoffmann, a Garrison resident and 2015 Haldane graduate who this year finished his career at Hamilton College with 1,488 points, was one of 22 student-athletes from 19 colleges selected for the Sport Changes Life Foundation’s annual Victory Scholar Program. The program allows NCAA student-athletes to play for universities in Ireland while pursuing postgraduate studies and working with children and teens in the community. Hoffmann will attend the Cork Institute of Technology.